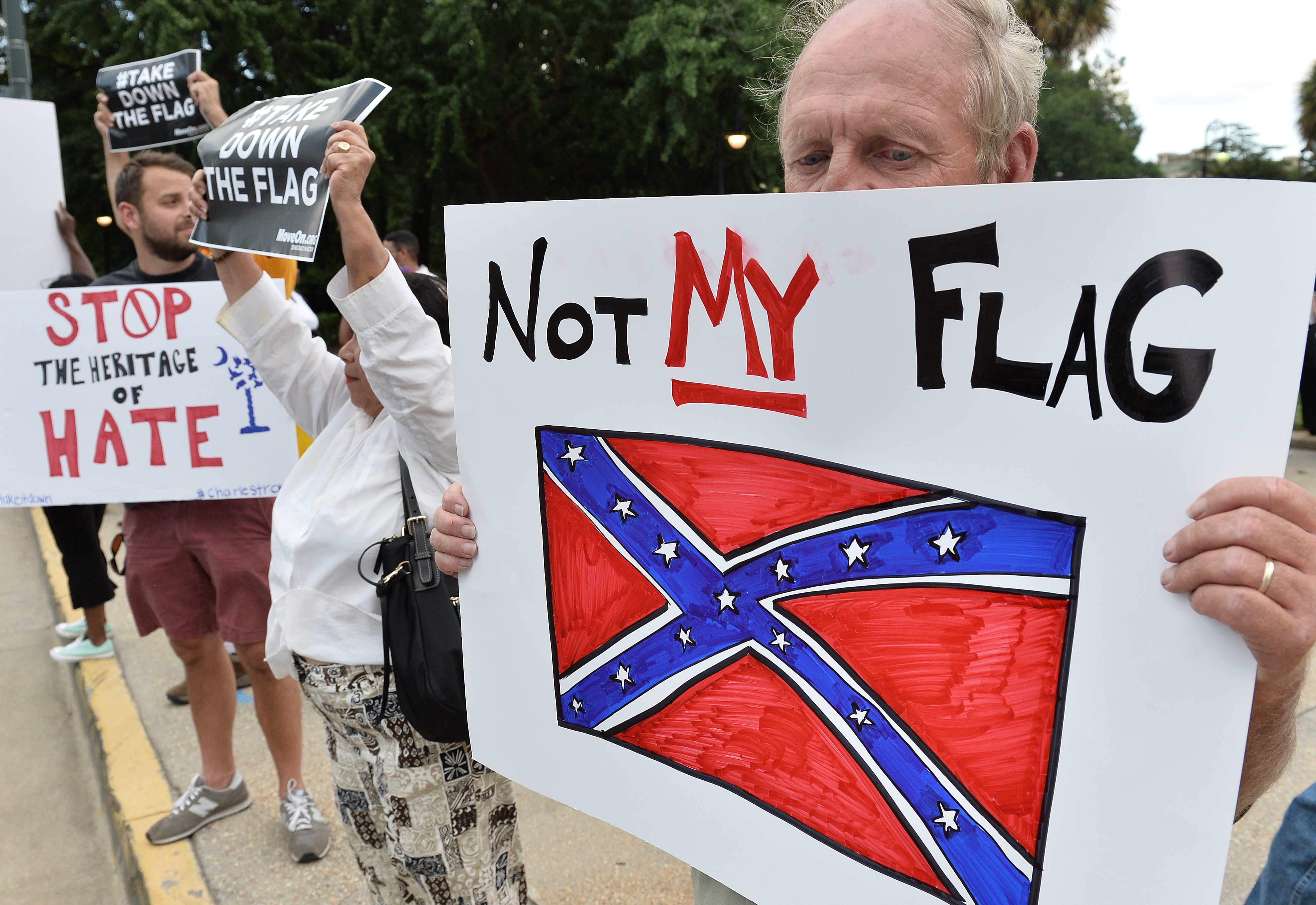 CHARLESTON, S.C. -- Calls to remove the Confederate flag from the grounds of South Carolina's Statehouse grew on Monday, days after a young white man who embraced the banner as a symbol of white power was charged with murdering nine people inside their historic black church.

Religious and political leaders including Joseph P. Riley Jr., Charleston's Democratic mayor, said they would push for the flag's removal Tuesday during a rally in the capitol.

Meanwhile, South Carolina's Republican state leaders held a flurry of phone meetings to figure out where they stand. Gov. Nikki Haley said the Confederate flag should be removed from the grounds of the state capitol, reversing her position on the divisive symbol amid growing calls for it to be removed.

The Rev. Nelson B Rivers III of the National Action Network said the flag should be removed before the body of state Sen. Clementa Pinckney lies in state at the Statehouse on Wednesday. Pinckney and eight other church members were shot to death last week as they attended Bible study at Emanuel African Methodist Episcopal Church in downtown Charleston.

"The time has come to remove this symbol of hate and division," Rivers said.

Riley said the flag sends the "wrong message" after the nine victims were "killed in the sanctuary of their church by a bigot."

The Republicans who have led South Carolina for a quarter-century have rebuffed many previous calls to remove the flag, and there's no apparent consensus between them on how they should respond now. The last governor to call for removing the flag was swiftly voted out of office.

A political compromise in 2000 moved it from the top of the Capitol dome to a Confederate monument out front, in a deal that also made it very difficult to make any other changes: A super-majority of two-thirds of both houses is required.

That compromise is one reason why the flag has continued to fly high outside the Statehouse since the shooting, even as state and U.S. flags were lowered to half-staff. The symbolism of this has angered many people, particularly after photos surfaced of Dylann Storm Roof burning one American flag and stepping on another, while waving and posing provocatively with Confederate banners.

At least one Republican said he wasn't courageous enough to take a stand before, but the shootings changed that.

"I just didn't have the balls for five years to do it," said state Rep. Doug Brannon, who was elected in 2010.

"When my friend was assassinated for being nothing more than a black man, I decided it was time for that thing to be off the Statehouse grounds," Brannon said. "It's not just a symbol of hate, it's actually a symbol of pride in one's hatred."

The debate over the flag has been revived as thousands of people converged on Charleston to show their solidarity with the victims and join a mix of rallies, marches and funerals.

Bells tolled across Charleston Sunday as thousands linked up on a towering bridge and the Emanuel African Methodist Episcopal Church reopened in displays of unity. Many people spoke about love and repudiated racism at the remembrances, hopeful their expressions would drown out the hate that the shooter hoped to generate.

"It sends a message to every demon in hell and on earth," said the Rev. Norvel Goff, who led the first Sunday service since the killings at the historic church known as "Mother Emanuel."

When the marchers from the two sides met near the middle, they cheered, clapped and broke into songs including "This Little Light of Mine."

The bridge is named after a former state lawmaker and vocal Confederate flag supporter, one of many symbols of white power that remain in South Carolina and can't easily be changed because of the flag deal.

Less than 2 miles from Emanuel, someone vandalized a Confederate monument, spray-painting "Black Lives Matter" on the statue. City workers used a tarp to cover up the bright red paint, which also included the message "This is the problem. # RACIST."