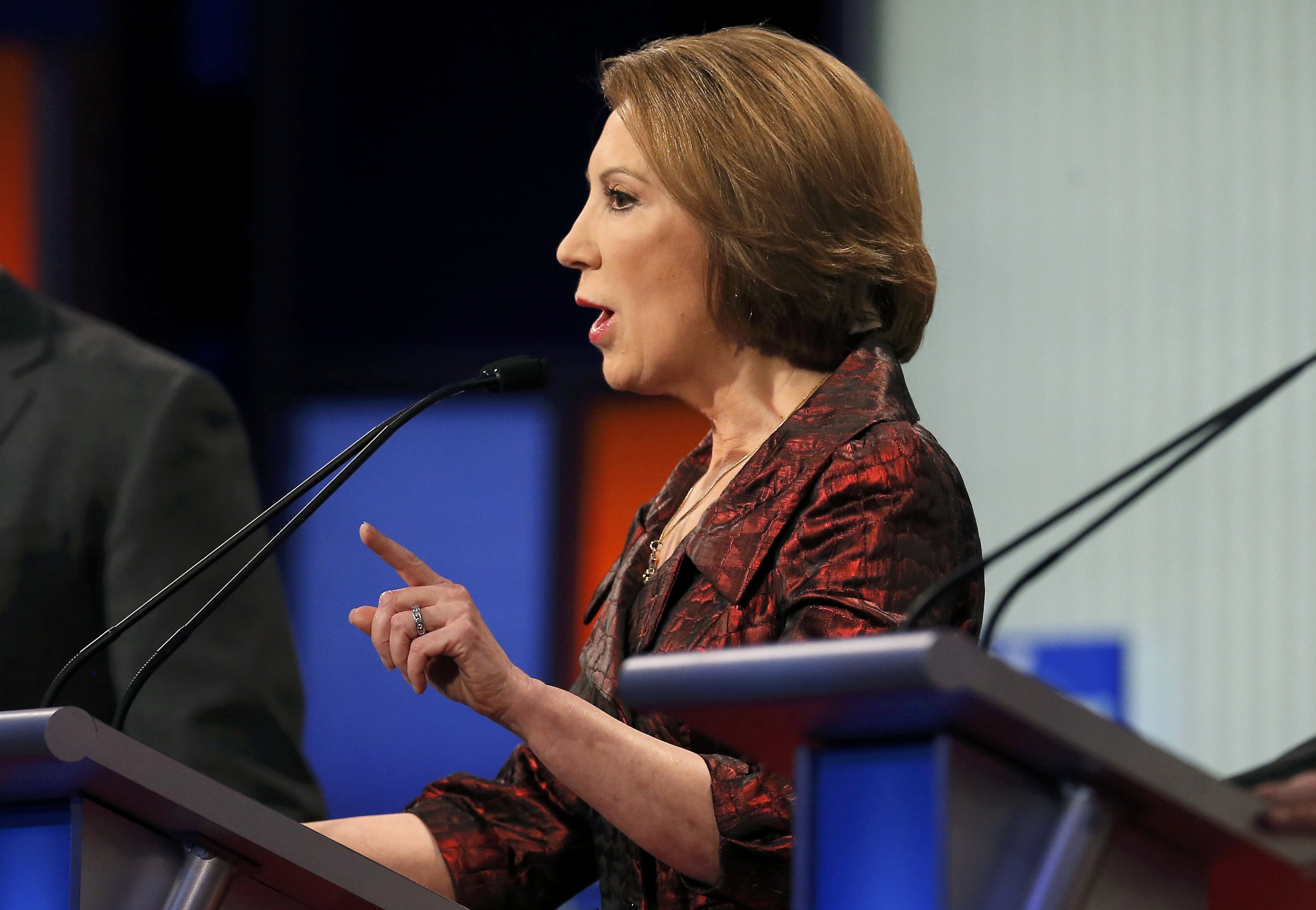 Carly Fiorina is demanding a podium on the debate stage Saturday, the Republican party's last forum before the New Hampshire primary on February 9.

"Our debate process is broken," Fiorina said Wednesday in a letter to the Republican National Committee (RNC), which is partnering with ABC News to host the debate. "Networks are making up these debate rules as they go along -- not to be able to fit candidates on the stage -- but arbitrarily to decide which candidates make for the best TV in their opinion.

"Now," she added, "it is time for the RNC to act in the best interest of the Party that it represents."

ABC News announced last week that its Manchester, New Hampshire debate will not feature an undercard stage, the first of the GOP forums to exclude one.

By that criteria -- and with candidates withdrawing from the primary race at a rapid clip after the Iowa caucuses -- Fiorina will be the only GOP presidential candidate that does not have a spot on Saturday's stage, excepting former Virginia Gov. Jim Gilmore.

Fiorina, a former tech executive, made her case to the RNC by comparing the strength of her campaign to her opponents.

"We beat Governors Christie and Kasich in Iowa this week when voters actually had their say," she said.

"This campaign has the same number of delegates as Governors Bush and Kasich while Governor Christie has zero," she continued. "We're ahead of Dr. Carson in New Hampshire polling. We are 6th in hard dollars raised and have twice the cash on hand as either Governors Christie or Kasich. We are already on the ballot in 32 states, and there is a ground game with paid staff in 12 states."

"There are only 8 candidates left," Fiorina said, neglecting Gilmore. "It's time for the RNC to demand that media executives step aside and let voters hear from all of us."