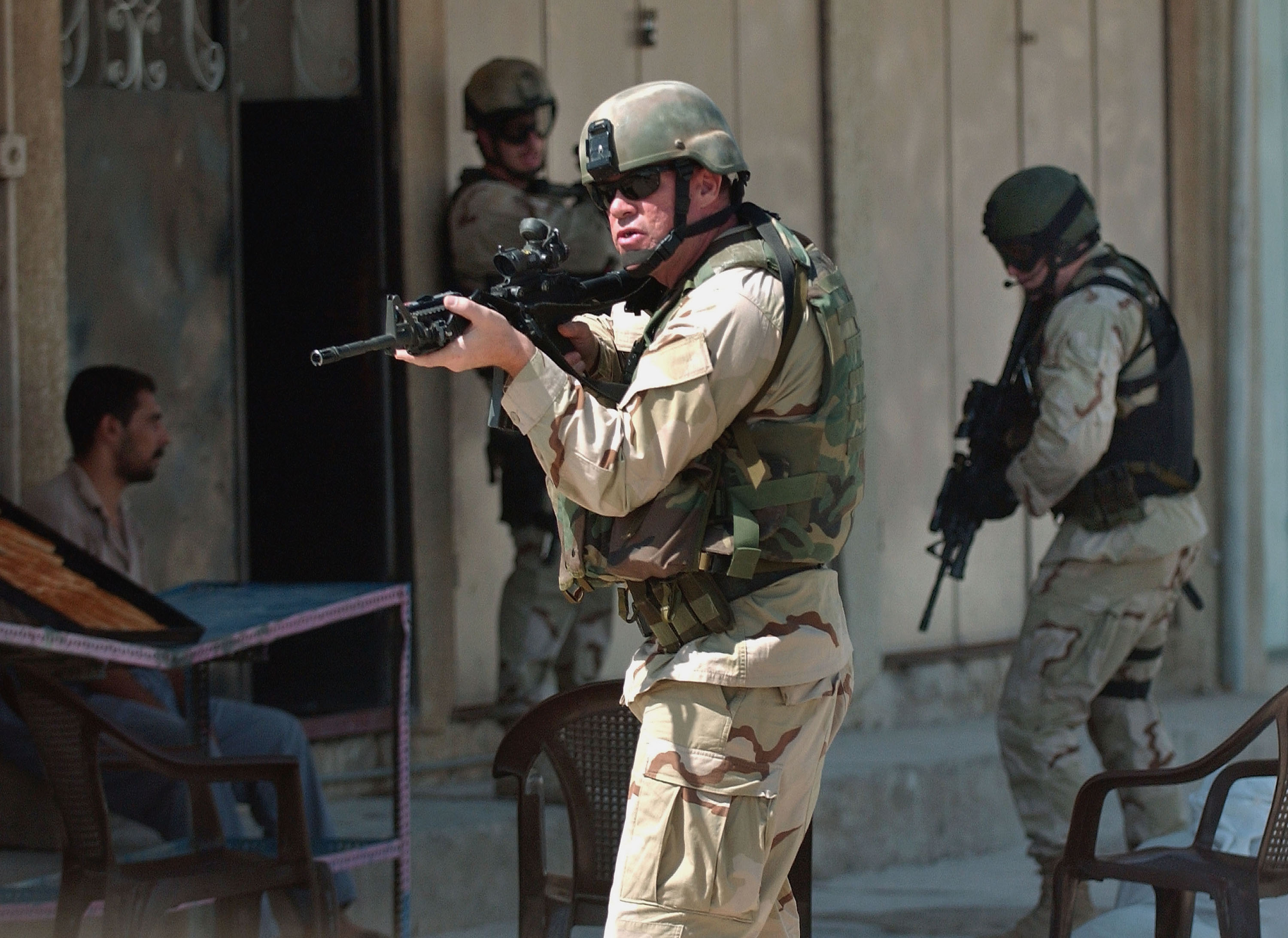 WASHINGTON -- The Pentagon says nearly half of the roughly 300 advisers and special operations forces expected to go to Iraq are now in Baghdad, and have begun to assess the Iraqi forces and the fight against Sunni militants. Another four teams of special forces will arrive in days, bringing the total to almost 200.

Rear Adm. John Kirby, the Pentagon spokesman, also says the U.S. is conducting up to 35 surveillance missions over Iraq to provide intelligence on the situation on the ground as Iraqi troops battle the aggressive and fast-moving insurgency.

Kirby says about 90 of the U.S. troops are setting up a joint operations center in Baghdad. He says the insurgency is well organized and aided by foreign fighters and Sunni sympathizers in the country.

U.S. special forces going into Iraq will face an aggressive insurgency, a splintering military and a precarious political situation as they help Iraqi security forces improve their ability to battle Sunni militants.

The Army Green Berets, who are expected to make up much of the U.S. force, have been assessing and training other militaries for decades as a core part of their job. But while much of what they will be doing in Iraq will be familiar, it will be complicated by the stunning collapse of the Iraqi military, left leaderless by internal Sunni-Shiite divisions.

Experts suggest that while the elite commandos may be able to stop the immediate deterioration of Iraqi forces, it will require a far broader effort to quell the deep sectarian divide in the country and put systems in place to build more professional military leadership.

The U.S. and Iraq on Monday reached a key agreement on legal protections that will enable up to 300 special operations forces to deploy in the country.

"They will be very good at improving the immediate tactical proficiency of some of the Iraqi military, but they will be less prepared to address the long-term health of the Iraqi army," said retired Lt. Gen. James Dubik, who was in charge of training Iraqi forces in 2007 and 2008. In essence, he said, the U.S. teams will be "sharpening the tip of the spear, but not replacing the rotted staff with a new one."

In a string of battlefield victories, the Sunni militants have captured several key towns in the north and on the border with Syria, sending Iraqi troops fleeing. Abandoned by military leaders who may have felt alienated by the Shiite-led government, troops ran, leaving their weapons and equipment.

"It's a rapidly deteriorating situation," said Rick Nelson, a senior associate at the Center for Strategic and International Studies. "It's a hot war. They have to get in and help stop the bleeding to get the Iraqi forces to be able to maintain stability and security in the country."

Discussions of U.S. involvement in stemming the violence in Iraq are occurring amid a backdrop of highly negative views of the Iraq war, a new CBS News/New York Times poll reveals.

Just 18 percent of Americans think the result of the war in Iraq was worth the loss of American lives and other costs of attacking Iraq, the lowest percentage ever recorded in CBS News Polls. Seventy-five percent do not think the Iraq War was worth it, up eight percentage points since 2011 (just before all U.S. troops were removed), and up 30 points since August 2003.

Brig. Gen. Darsie Rogers, head of Army Special Forces Command, said Green Berets currently are conducting training missions in 30 countries and do so in more than 150 nations each year. Highly trained in special warfare and counterinsurgency, the teams routinely are used to help other countries build and improve their militaries.

The latest Iraq mission, Rogers said, is more akin to what special forces have been doing in Afghanistan and the Philippines and what they did in Iraq during the war years. But it's a bit larger than similar missions going on around the world, including a number of countries in Africa.

Rogers, who served in Iraq, said the assessment phase will be important in determining how to go forward but, "having some experience with that, I think that we will rather quickly understand where we need to apply our assistance."

The teams will determine how the U.S. can best help the Iraqi forces, then the additional teams will deploy. They are expected to help the Iraqis improve their military systems and commands, but not embed with the fighting units or engage in direct combat.

Rogers also noted that a number of U.S. special forces have served in Iraq.

"The relationships that we have with the Iraqis, at least those that I had while I was there, were very strong, and I'm sure that we'll be able to capitalize on this as we go back in," Rogers said.

Still, Dubik said that while the commandos will provide important short-term help for the Iraq forces, they will not be sufficient to solve the problem. Instead, he said Prime Minister Nouri al-Maliki needs to make several critical political moves, including disbanding the office of the commander in chief, which has been blamed for roiling sectarian divisions and pushing a Shiite agenda.

U.S. officials are also pressing for a government transition that will better empower the minorities and bring the country together, thus conceivably avoiding a civil war.

The legal agreement signed Monday was needed to get the special forces into Iraq.

The Pentagon spokesman, Rear Adm. John Kirby, said Iraq had outlined acceptable legal assurances for the short-term mission in a diplomatic note ensuring that troops will not be subject to Iraq's judicial process. Instead, if there are any problems, troops would be subject to the U.S. Uniform Code of Military Justice.

The legal protections are similar to those provided to U.S. diplomats and troops working out of the embassy, officials said,

White House spokesman Josh Earnest drew a distinction between the current situation and the administration's desire to have the Iraqi parliament approve immunity for American troops when the U.S. was looking to leave a residual force behind in 2011. Iraq refused to sign that agreement and the U.S. pulled all but a small number of forces out of the country in December 2011. Fewer than 200 troops, largely providing security, have remained at the U.S. Embassy as part of the Office of Security Cooperation.

"We're dealing with an emergency situation - that's the first part - and there is an urgent need for these advisers to be able to do their work on the ground in Iraq," Earnest said, adding that they are going in at the request of the Iraq government.

Officials also noted that the force being sent in now is much smaller than the several thousand that the military planned to leave there after 2011.