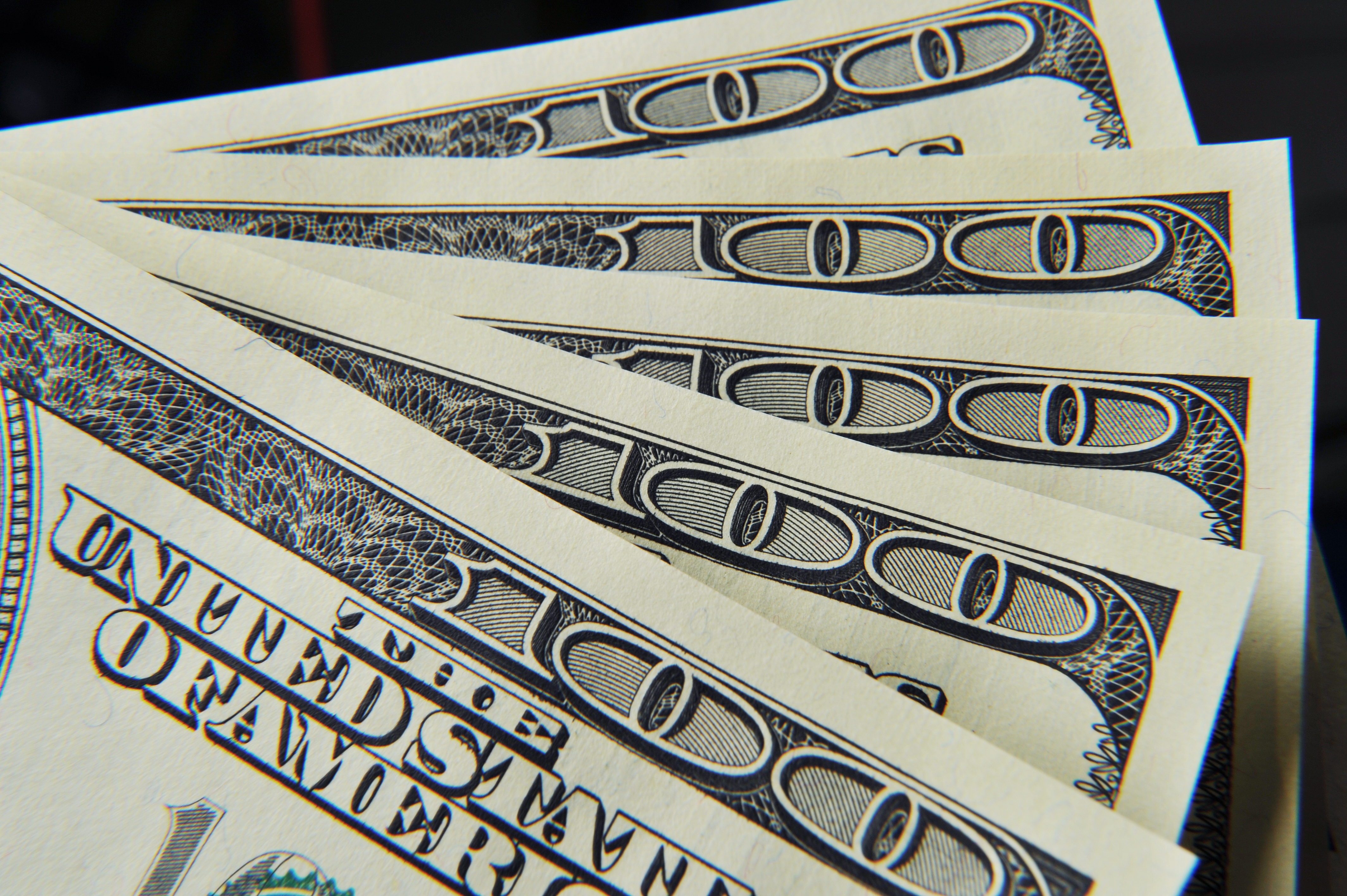 It's that time again: all the 2016 hopefuls (and also-rans) have filed their monthly campaign finance reports with the Federal Election Commission, giving us some insight into how they raise and spend money.

Campaign finance reports can say a lot about a candidate: once the reports are online, they show everything from which hotel chains Hillary Clinton's campaign likes to stay in to how much money Donald Trump's staff spent on pizza, so we'll have an update when the reports publish over the next few days.

But they also give us clues as to a campaign's strategy and viability going forward, something that's especially important now that the respective primary fields are narrowed down for the final stretch of primaries to just five candidates: Clinton, Trump, Vermont Sen. Bernie Sanders, Texas Sen. Ted Cruz and Ohio Gov. John Kasich.

The GOP front-runner often discusses his freedom from the influence of big donors--and the latest campaign finance reports make it clear that he's continuing to get the majority of his money from himself.

In March alone, Trump loaned his campaign $11.5 million, bringing his total self-funding to just shy of $36 million for the whole campaign. (Trump also gave his campaign $35,096 as a regular contribution, not a loan.) By contrast, his receipts--contributions from supporters--in March were just $2.72 million.

2. Bernie Sanders' path toward the nomination may be getting narrower, but his fundraising is still going strong.

Some in the party may be suggesting it's time for Sanders to concede the race to Clinton, but clearly he has the funding to stick it out through the last state to vote in June if he wants to.

For the third straight month, Sanders outraised Clinton--and, like in February, it was by a significant amount. The Vermont senator's campaign announced Wednesday night that he raised $46 million in March, his best fundraising month ever. Clinton, meanwhile, raised $29.3 million in March, slightly less than she raised in February.

The discrepancy between the two candidates is similar to February, when Sanders brought in $43 million and Clinton brought in just over $30 million.

Still, Clinton has considerably more money in the bank than Sanders does: her campaign reported $29 million on hand, compared to $17.2 million for Sanders.

3. John Kasich is struggling to keep up.

Kasich has insisted he'll stay in the race through the convention, asserting that neither he nor Cruz can now get the delegates necessary to win the nomination outright. But staying in the race requires money, and Kasich isn't bringing it in at the rate Cruz is, nor does he have the wealth to take the self-funding route that Trump has.

The Ohio governor raised $3.42 million in March, which is considerably more than he's raised in past months; however, it's nowhere close to the kind of money his opponents have.

He's also spending that money very quickly: he spent more than he raised in March, and his campaign had just $1.26 million on hand at the beginning of April.

4. The remaining candidates are burning through their cash quickly.

As the campaign hits a critical stage for the five remaining candidates, all of them are burning through their campaign cash relatively quickly.

Sanders' fundraising haul for March is impressive, but he's also spending at an impressive pace: even after raising $46 million, his cash-on-hand at the end of March was $17 million--not much more than he'd had a month earlier, at the end of February. He's outspent Clinton on the airwaves in several recent contests, including New York and Wisconsin, so it's not hard to see where some of those dollars are going.

On the GOP side, Cruz's campaign raised a respectable $12.5 million in March, its biggest monthly total thus far, but it also spent $11.8 million, nearly as much as it brought in. As of April 1, Cruz's cash on hand stands at $8.8 million.

Kasich spent more than he brought in in March: as noted above, the candidate raised $3.42 million in March, but his campaign spent $3.63 during that same time period.

Dropping out of the race for president doesn't mean everything is immediately repaid -- and many presidential candidates end up spending months or even years to pay off their remaining campaign debts.

Of the more than a dozen Republican candidates who have since exited the race, three have more than $1 million in remaining debt: Wisconsin Gov. Scott Walker has $1,093,568, Florida Sen. Marco Rubio has $1,015,007 and former Pennsylvania Sen. Rick Santorum has $1,008,010.

Some 2016ers have no debt at all, including Texas Gov. Rick Perry, former Hewlett Packard CEO Carly Fiorina and former Louisiana Gov. Bobby Jindal. (South Carolina Sen. Lindsey Graham is down to just $57,040, and former Arkansas Gov. Mike Huckabee is down to $90,621.) On the Democratic side, former Virginia Sen. Jim Webb has no debt and former Maryland Gov. Martin O'Malley is down to just $19,423.