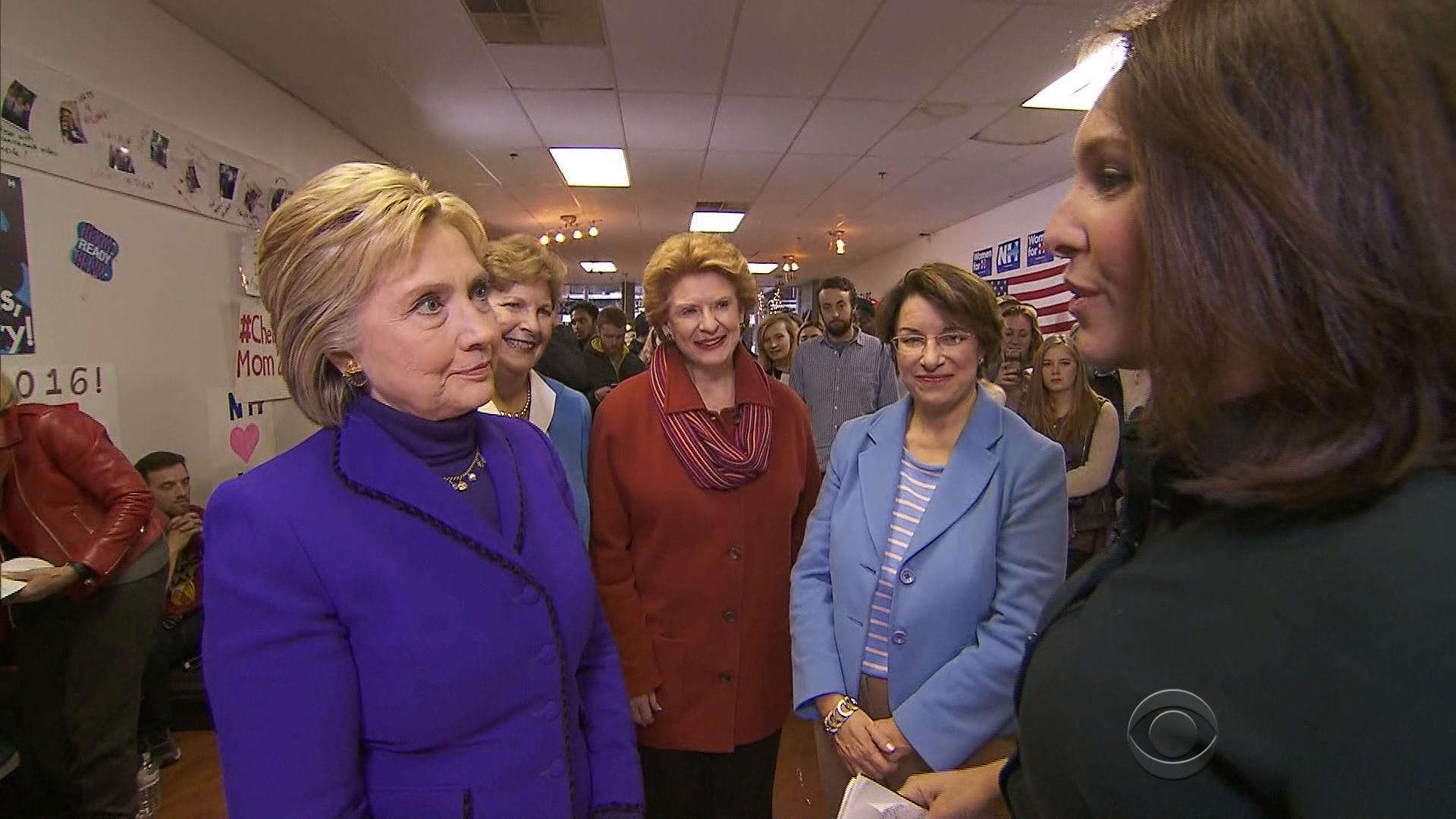 NASHUA, N.H. -- Hillary Clinton's once commanding lead over Bernie Sanders in national polls is gone. A new one out today shows they are now in a statistical tie.

NANCY CORDES: Madame Secretary, when I talk to voters here who don't support you, one of the reasons they often give is because of your speaking fees, because of donations from Wall Street. How do you change that perception?

HILLARY CLINTON: The Sanders campaign has been running this campaign of insinuation and innuendo. Say it to my face! Show me one view, show me one vote that has ever been influenced. I take my responsibility to people that I serve really seriously, and I have always had that as my north star. But I'm tired of this, you know, smear campaign that they've been trying to get people to buy in to, and enough is enough.

CORDES: But why do you think it's been so successful?

CLINTON: Oh, look -- I think that there is a, a susceptibility for people to be worried, and I get that, and that's why I'm answering questions, and that's why I'm putting out my policies. And that's why Wall Street billionaires are running ads against me. They're not running them against Senator Sanders.

CORDES: So if you knew you were probably going to run for president, why leave yourself open to that attack by taking these large speaking fees for -- on Wall Street?

At the debate, Clinton was asked if she'd release transcripts of her Wall Street speeches and she said she'd look into it.

Cordes asked her what there was to look into. Clinton said she didn't know, but it would have to wait until after Tuesday's primary.

Clinton and Sanders will be John Dickerson's guests Sunday on "Face The Nation."