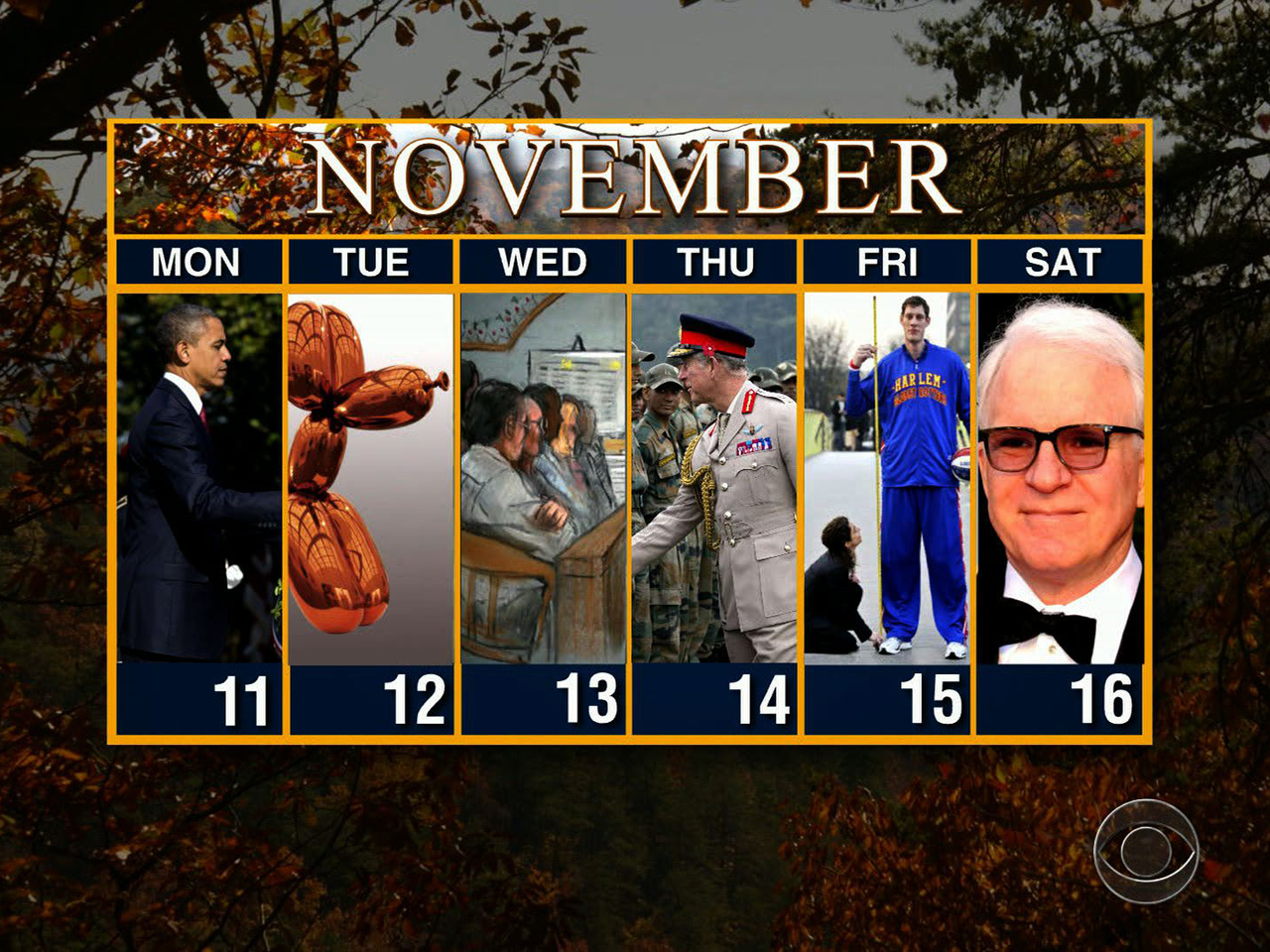 (CBS News) Here's a look at the week ahead on our "Sunday Morning" calendar:

Monday is Veterans Day, with observances across the country, including the traditional presidential wreath-laying at the Tomb of the Unknowns at Arlington National Cemetery.

Tuesday sees the start of a two-day auction of post-war and contemporary art at Christie's in New York, including works by Francis Bacon, Andy Warhol and Jeff Koons.

On Thursday, Prince Charles celebrates his 65th birthday while on a visit to the former British colony of India.

Friday is Guinness World Records Day, when people around the world attempt various feats in hopes of making it into next year's record book.

guinnessworldrecords.com
How to set a record

And Saturday sees the presentation of Honorary Oscars. This year's recipients include Angelina Jolie, Angela Lansbury and Steve Martin.