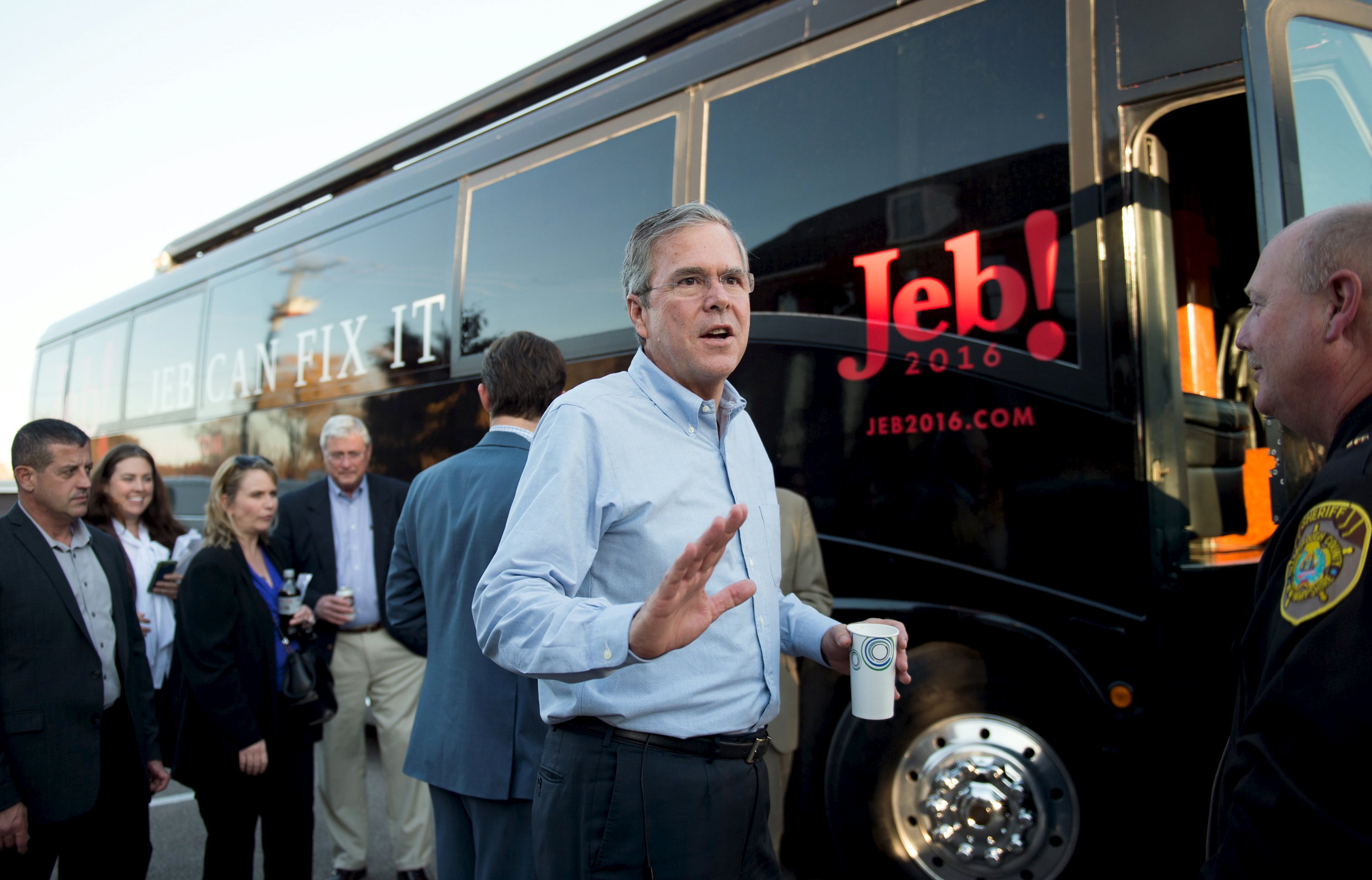 MANCHESTER, NH -- Advisers to Jeb Bush told donors on a conference call Wednesday that the campaign is battling for a second place finish in New Hampshire -- and assured financial backers that their field organization would help them beat expectations in both Iowa and New Hampshire.

On the call with Bush's national finance team, David Kochel, the former Florida Governor's chief strategist, laid out their strategy in the weeks leading up to both New Hampshire, where Bush has spent most of his time, and Iowa, where he is making a late play in the final two weeks before the caucuses.

Kochel told donors that Bush is "basically tied with everyone else in New Hampshire" for second place behind Donald Trump -- and that a strong ground game would decide the toss-up in their favor.

Kochel's take was optimistic spin on Bush's more realistic poll numbers: While polling margin of error puts Bush in the hunt for second place, he has consistently lagged behind rivals like Marco Rubio and Ted Cruz in most recent New Hampshire polls.

"A tie tends to go to team with the best ground game," he said on the call. Kochel also questioned the strength of Trump's ground game and said that their campaign has invested more in their organization operation than any other campaign.

"We feel good about where we are at," Kochel said, after after admitting that conservative Iowa has always been a bit of a challenge for Bush. "There's a tremendous opportunity in Iowa to beat expectations, and lot of opportunity in New Hampshire to break out of the pack."

Kochel told donors that the campaign has made over two million voter contacts in early states, and boasted the deployment of 60 additional staffers who have been sent to knock on doors and contact voters in Iowa, New Hampshire, and South Carolina.

When one donor asked if an endorsement from the South Carolina senator would boost Bush, Kochel said it would be "enormously helpful" in both South Carolina and beyond. CBS News' most recent poll in South Carolina, however, showed Graham with only one percent support, however.

Kochel said Bush and Graham have similar foreign policy outlooks and share a vision of the party that is broader and more inclusive, and he said Bush is the lone candidate who has condemned Trump's controversial rhetoric.

"If Graham picks anyone, it's likely to be Governor Bush," Kochel said. Graham has yet to say who he would support, although U.S. News reported that those closest to him say he will back either Bush or Marco Rubio, since they share his views on national security.

Also on the call was former House Majority Leader Eric Cantor, a Bush supporter who pointed to "key indicators" that things are "clearly moving in our direction."

Citing swelling crowd sizes, an uptick in polling, and a strong ground game, Cantor argued that Bush is "picking up steam as we enter the final stage of the first round of the primary election."

Unlike previous calls with financial supporters, in which donors have offered unsolicited criticism, those dialed in only had praise for Bush.

One caller told the group that he was "glad to see the governor going after Donald Trump."

Another shared an anecdote of his trip with Bush to the Kemp Forum on poverty in South Carolina last weekend, saying two police officers told him that Bush was the only candidate staying at his hotel to acknowledge and thank them.

"That is the testimony to the man that we are behind," the caller concluded.