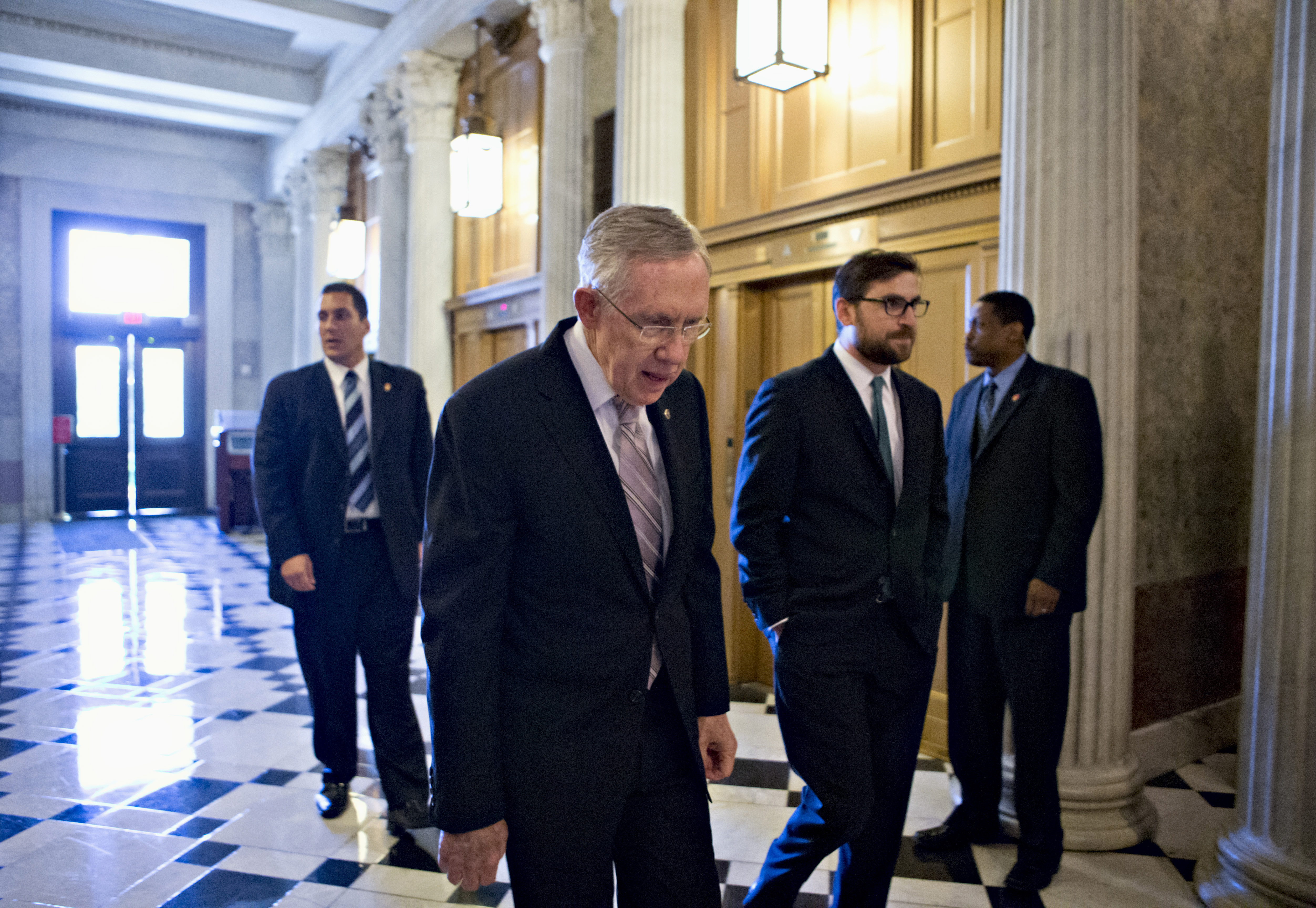 Lawmakers in Congress have less than eight days to pass a spending bill before parts of the federal government shuts down, and they're likely to run down the clock.

The Republican-led House on Friday passed a bill that would keep the government open for another few months while attempting to withhold funding for the Affordable Care Act. However, as the debate over the legislation moves to the Senate this week, congressional Republicans are still at odds over whether tying Obamacare to government funding is a smart strategy. That intra-party debate is likely to make the debate move slightly slower in the Senate, meaning President Obama may not have a spending bill to sign until days or hours before government operations start shutting down on October 1 -- if he does at all.

The Senate is expected to take up the House bill on Monday, with votes coming later in the week. Senate Majority Leader Harry Reid, D-Nev., stressed last week that "any bill that defunds Obamacare is dead. Dead." In other words, when he brings the House bill up for a vote, the Democratic majority in the Senate will amend it, stripping out the Obamacare language. The Senate would then send its bill back to the House, putting House Speaker John Boehner, R-Ohio, back in the hot seat.

Even senators who support the House bill have acknowledged they don't want to see the federal government shut down. "We all know that the government is going to be funded," Sen. Mike Lee, R-Utah, said Sunday on NBC's Meet the Press. "The question is whether it will be funded with Obamacare or without."

Even so, Lee and his allies have said they'll do everything in their power to keep pass a spending bill that withholds money for Obamacare -- including filibustering the House bill after Senate Democrats amend it. Sen. Ted Cruz, R-Texas, the most vocal proponent of of this strategy, published an op-ed in RealClearPolitics Monday, reiterating that "the House bill must be protected" in its current from.

At this point, however, it seems unlikely Lee and Cruz could round up enough Senate Republicans to support a filibuster. Conservatives like Sen. Tom Coburn, R-Okla., have pointed out that using the current spending bill to "defund" Obamacare would, in fact, have little impact on the law's implementation since the Affordable Care Act has other sources of funding other than annual federal budgeting.

"I agree with them that if we could [defund Obamacare], we should do it. But we can't," Coburn said on CBS News' "Face the Nation". "And the political reality, you know, tactics and strategies ought to be based on what the real world is."

In his RealClearPolitics op-ed, Cruz acknowledges that Senate Republicans may not be able to filibuster the spending bill (called a continuing resolution), and he offers a contingency plan for that scenario: "If Reid kills this Continuing Resolution then the House should pass smaller CRs one at a time, starting with the military. Dare Reid to keep voting to shut down the government," he wrote. "Once Senate Republicans unite, red-state Senate Democrats will be next. And that is how we win -- by continuing to mobilize the American people to hold every elected official accountable."

Republicans have attempted to make this a campaign issue, given that Obamacare remains controversial, but so far Senate Democrats who are up for reelection next year have yet to join the GOP in the defunding effort.

While Obamacare isn't popular, polls show that voters don't like the idea of threatening a government shutdown just to defund it. A CNBC poll released Monday shows that 59 percent of Americans oppose risking a government shutdown in order to defund Obamacare, while 19 percent approve of the strategy and 18 percent are unsure about it. Another four percent want to defund Obamacare but are unsure if they still feel that way if it means shutting down the government. The poll, conducted Sept. 16-19, has a margin of error of 3.4 percent.

Meanwhile, if Cruz does attempt to filibuster the bill in the Senate, it would slow down its passage, meaning House Republicans would have little time to decide their next move before the government would shut down on Oct. 1. If the government does shut down, CBS News' Nancy Cordes explains, millions of federal workers deemed non-essential would be furloughed with no guarantee of back pay. Social Security checks and veterans' benefits would potentially be sent out late, since there would be fewer workers to process them. Additionally, national parks and museums would be closed.