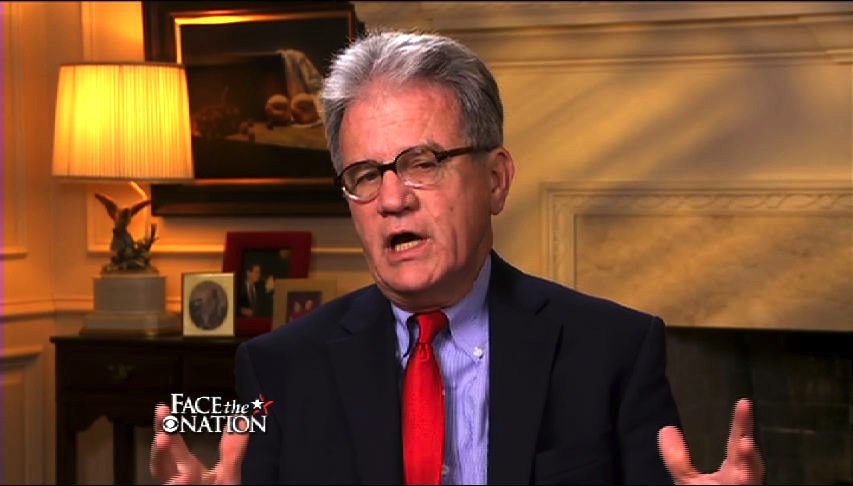 (CBS News) A House bill that would keep the government afloat through Dec. 15 but would also deny funding for President Obama's health care law doesn't stand a chance in the upper chamber, senators from both parties agreed Sunday on "Face the Nation."

"We don't have the ability," Sen. Tom Coburn, R-Okla., said, "nor politically do we have the ability, to put a total stop and defund 'Obamacare.' It'd be nice if we did; I'd be in the fight.

"There was a tremendous demand from special interests to try to prevent this bill from totally being implemented, because of the dangers to our country, the ultimate cost," he said. "I agree with them that if we could do this, we should do it. But we can't. And the political reality, you know, tactics and strategies ought to be based on what the real world is."

A government shutdown that would hit Oct. 1 if Congress fails to muster a budget deal shouldn't an option, Coburn said.

"It takes away from the real focus," he argued. "The real focus is the $250 to $300 billion that's totally wasted every year by Congress in the federal government."

Senate Majority Leader Harry Reid, D-Nev., has said any bill affecting the implementation of Obamacare is "dead" on arrival, and the president has threatened to veto the legislation as-is.

Rep. Matt Salmon, R-Ariz. - who voted in favor of the House legislation - tried to make the case that he was simply carrying out the will of the majority of Americans.

"Three weeks ago, I think everybody in this country thought it was a fait accompli we were going to bomb Syria," he said. "But the voice of the American people was heard. And we didn't bomb Syria. In fact, the president's over negotiating now with Vladimir Putin to ensure that we take care of that issue.

"...I find it ironic that the president would negotiate with Vladimir Putin, but he won't negotiate with the Republicans in the House of Representatives."

Full transcript of "Face the Nation" on November 28, 2021
Lindsey Boerma