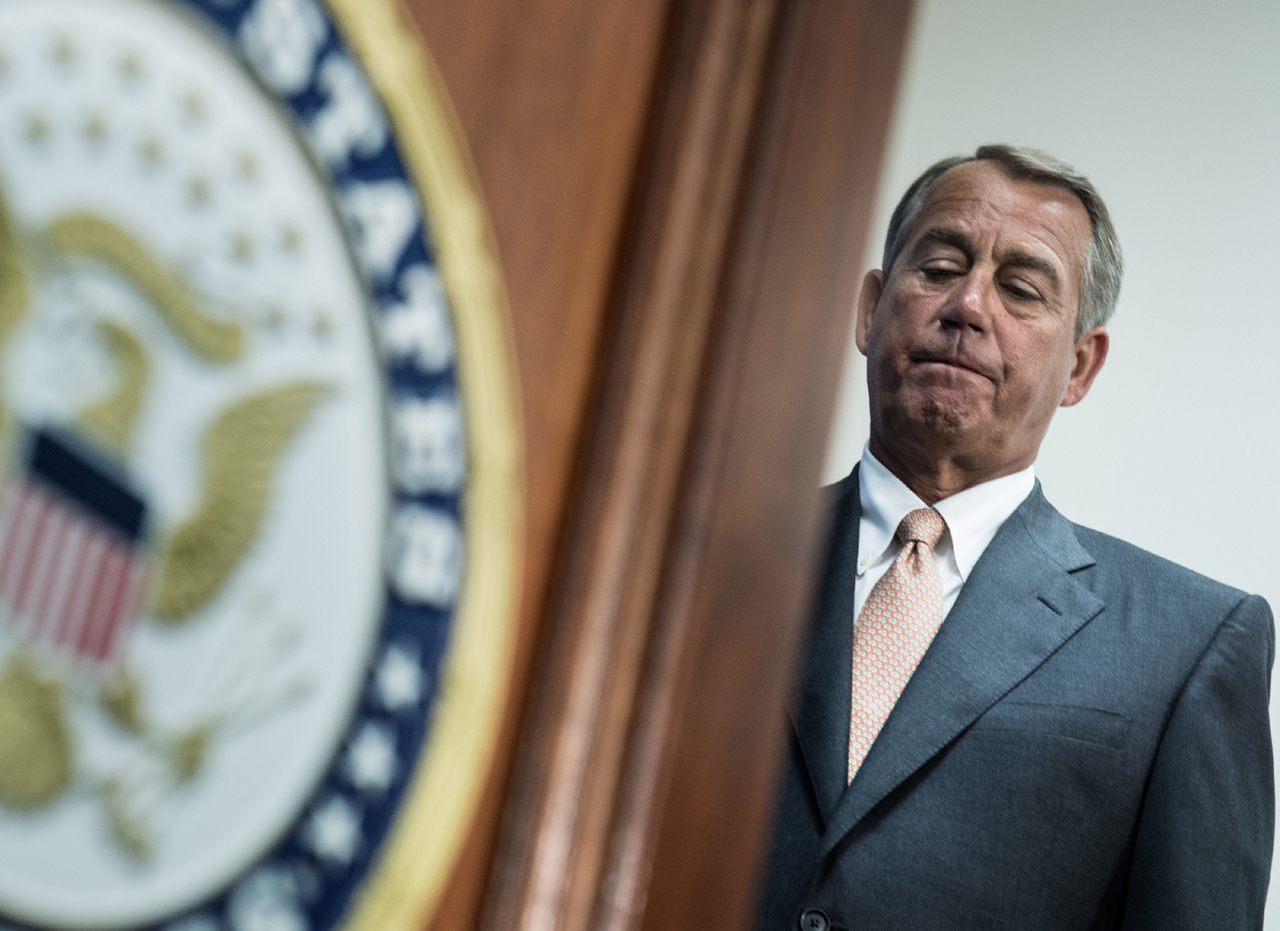 The Republican-led House of Representatives Friday will vote for the 40th time to roll back the Affordable Care Act. While symbolically meaningful, this vote will be as futile as the last 39 votes to repeal the law. Obviously, the Democratic-led Senate would never pass a repeal bill, and President Obama would never sign it.

The Republican Party remains as committed as ever to repealing or at least dismantling the mammoth health care law that Democrats pushed through Congress in 2010 with zero GOP support. But after years of railing against the law and dozens of votes against it, Republicans are now divided over the best way to attack it.

While the House continues to hold votes to repeal the law, a group of Senate Republicans are leading a campaign to defund the measure. Conservatives at the state level, meanwhile, have resisted implementing the law. All of these efforts have had some impact on the law so far, but for all practical purposes, it appears at this point that Obamacare is here to stay.

This week's vote is on a bill specifically to stop the IRS from implementing the portions of Obamacare that it's responsible for, such as helping to enforce the individual mandate and giving consumers subsidies with which to purchase insurance. The bill, called the Keep the IRS Off Your Health Care Act of 2013, seizes not only on conservatives' fierce opposition to Obamacare, but also to their relatively new concerns about the IRS in the wake of its targeting of tea party groups.

"After all we've learned about the IRS and its conduct, the last thing we want is the IRS into protected health care information of taxpayers," House Majority Leader Eric Cantor, R-Va., said to reporters Wednesday.

Sen. Ted Cruz, R-Texas, one of the Senate's most outspoken conservatives, said Tuesday that if the law isn't stopped now -- before it is fully implemented -- it may never be. "No major entitlement, once it has been implemented, has ever been unwound," he said. "If we don't do it now, in all likelihood we never will."

That said, even Cruz acknowledged House's repeal votes are getting tiresome. "Those votes were, by and large, empty, symbolic votes that had zero chance of passing," he said.

Cruz has signed onto an initiative, led by Sen. Mike Lee, R-Utah, to block any government funding bill that includes any funds that would go towards the implementation of Obamacare. The idea would presumably give conservatives leverage on the matter, since Congress needs to pass a government funding bill by Sept. 30 or risk letting parts of the government shut down.

While a number of conservatives have joined this campaign, multiple Republicans -- skeptical of the idea's effectiveness and also wary of shutting the government down -- have dismissed it as a gimmick.

Sen. Richard Burr, R-N.C., called it the "dumbest idea" he had ever heard, while Sen. John McCain, R-Ariz., warned against more shutdown "shenanigans." Some senators who initially backed the idea, like Sen. John Cornyn, R-Texas, have rescinded their support for it.

To back up the skepticism, Sen. Tom Coburn, R-Okla., asked the nonpartisan Congressional Research Service to produce a report on whether a government shutdown would stop the implementation of Obamacare. The CRS reported that a shutdown wouldn't change much.

"It appears that substantial ACA implementation might continue during a lapse in annual appropriations that resulted in a temporary government shutdown," the report says. For one thing, the CRS points out, the Affordable Care Act has other sources of funding other than annual federal budgeting (namely, multi-year funds still available through a shutdown and mandatory spending, which isn't affected in the event of a shutdown).

Coburn -- who obviously opposes Lee's proposal -- said on the Senate floor Tuesday, "I want to defund this bill, but I also want a way to do it that kills it." He told the Washington Post, "The only way you get rid of Obamacare is winning the 2016 election."

Certainly, if Republicans won the White House in 2016, kept the majority in the House and won a 60-vote majority in the Senate, they could officially repeal the law. At that point, however, as Cruz pointed out on Tuesday, it would already be entirely implemented.

"States stop getting money for Medicaid, my son who's 23 years old and on my policy loses his health care coverage -- along with 3 million other young people," Tim Jost, a consumer advocate and professor of health law at Washington and Lee University, told CBSNews.com. "There would be very, very wide-ranging consequences if the statute were, in fact, repealed."

By the time the next administration is in place, the system of state-based exchanges -- online marketplaces where consumers can comparison shop for insurance -- should already be up and running, and self-sustaining. The states could keep up the exchanges if the law were repealed, though consumers would no longer get federal subsidies to purchase insurance through the exchanges.

"The states have a lot of power under the Affordable Care Act, and that was intentional," Jost said.

Thanks to the Supreme Court's 2012 Obamacare ruling, some states are expanding Medicaid to anyone below 138 percent of the poverty line, while other states are not. Some states are aggressively regulating insurers as they enter their respective exchanges, while others are not -- hence, some red states are projecting premium hikes under Obamacare, while some blue states are predicting their premiums will be lower than expected.

Some of the most aggressive resistance to Obamacare is coming from Oklahoma, where state attorney general Scott Pruitt is making the novel argument that in states that have refused to set up their own exchanges (thus, leaving the responsibility up to the federal government), the federal government can neither fine businesses that fail to offer insurance nor offer subsidies to individuals to purchase insurance.

Pruitt was in Washington Wednesday to argue before the House Oversight and Government Reform Committee that the IRS, by imposing those taxes and granting those subsidies, was stripping Oklahoma of its right not to set up the health insurance marketplace.

Ironically, one of the most significant Obamacare setbacks came from the administration itself, when it decided this year to delay the employer mandate. The administration has downplayed the effects of the delay, but its impact is still unclear. It is clear, however, that it will cost money: the nonpartisan Congressional Budget Office this week reported that delaying the mandate will cost about $12 billion.