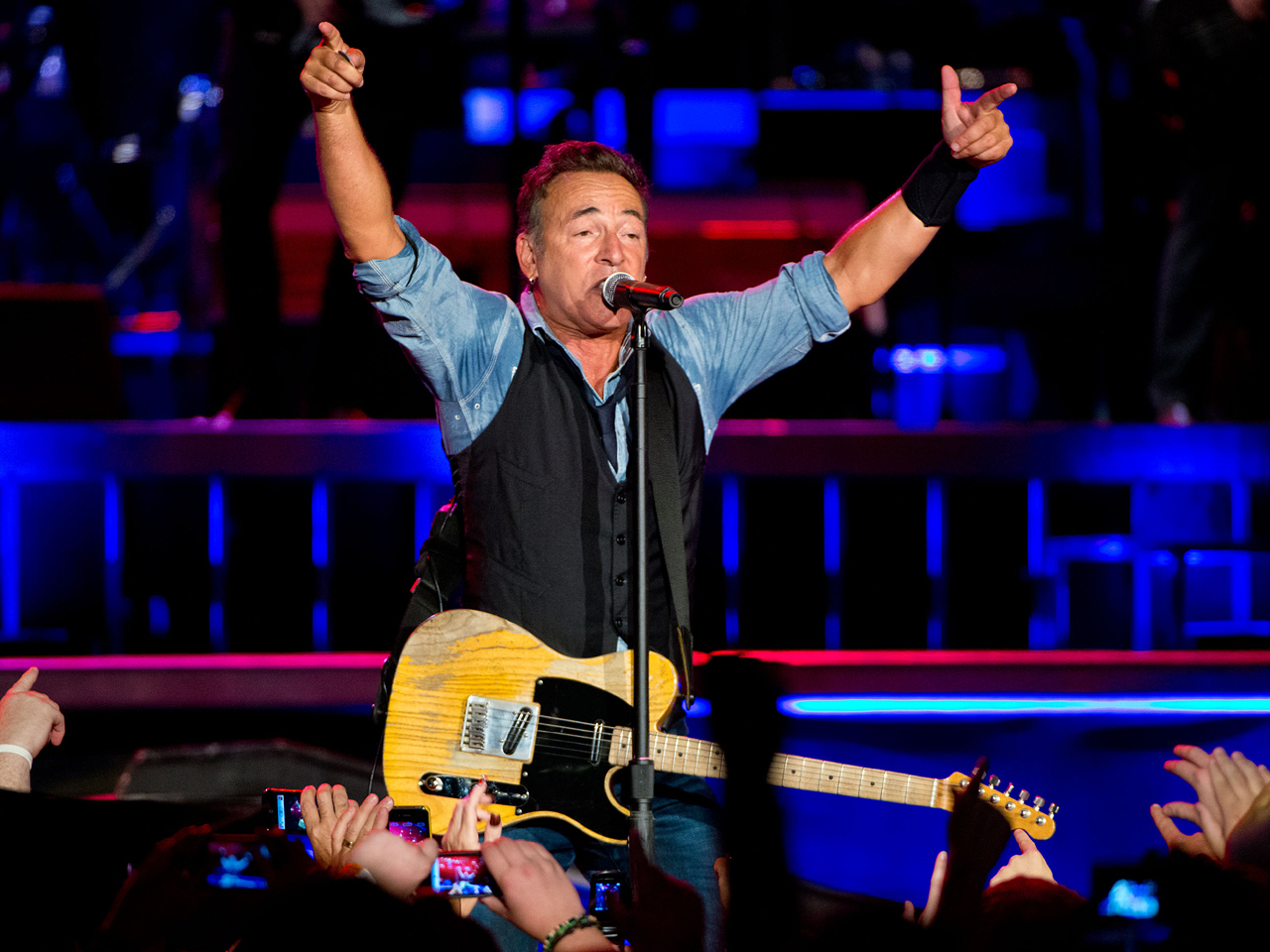 On the eve of his first rally on behalf of President Obama, rock icon Bruce Springsteen on Wednesday made his endorsement of the president official, embracing the incumbent Democrat as the nation's "best choice" for president in a message on his website.

Springsteen, who campaigned aggressively on behalf of the president in 2008, is joining up with former President Bill Clinton on Thursday for a joint rally in Parma, Ohio - Springsteen's first public campaign event of the 2012 cycle.

In his letter, Springsteen sympathized with voters who might feel disappointed by the nation's "really rough ride" over the last four years. But, ticking off Mr. Obama's accomplishments on domestic an d foreign policy issues, he emphasized that "we need a President who has a vision that includes all of our citizens, not just some, whether they are our devastated poor, our pressured middle class, and yes, the wealthy too; whether they are male or female, black, white, brown, or yellow, straight or gay, civilian or military."

"Last time around, [Mr. Obama] carried with him a tremendous amount of hope and expectations. Unfortunately, due to the economic chaos the previous administration left him with, and the extraordinary intensity of the opposition, it turned into a really rough ride," Springsteen wrote. "But through grit, determination, and focus, the President has been able to do a great many things that many of us deeply support."

As the president has done repeatedly on the campaign trail and in speeches, Springsteen emphasized the "choice" voters face.

"Right now, there is a choice going on in America, and I'm happy that we live in a country where we all participate in that process," he said. "For me, President Obama is our best choice because he has a vision of the United States as a place where we are all in this together. We're still living through very hard times but justice, equality and real freedom are not always a tide rushing in. They are more often a slow march, inch by inch, day after long day."

Quoting his own song, "Long Walk Home," he added: " I believe President Obama feels these days in his bones and has the strength to live them with us and to lead us to a country '...where no one crowds you and no one goes it alone.'"

Springsteen, whose music has earned him a reputation as something of a working class icon, will kick off his action with an event in the critical battleground state of Ohio - which boasts a large population of people who work for the auto industry - before heading to Ames, Iowa, later in the day for a solo event. Both events are free and open to the public.