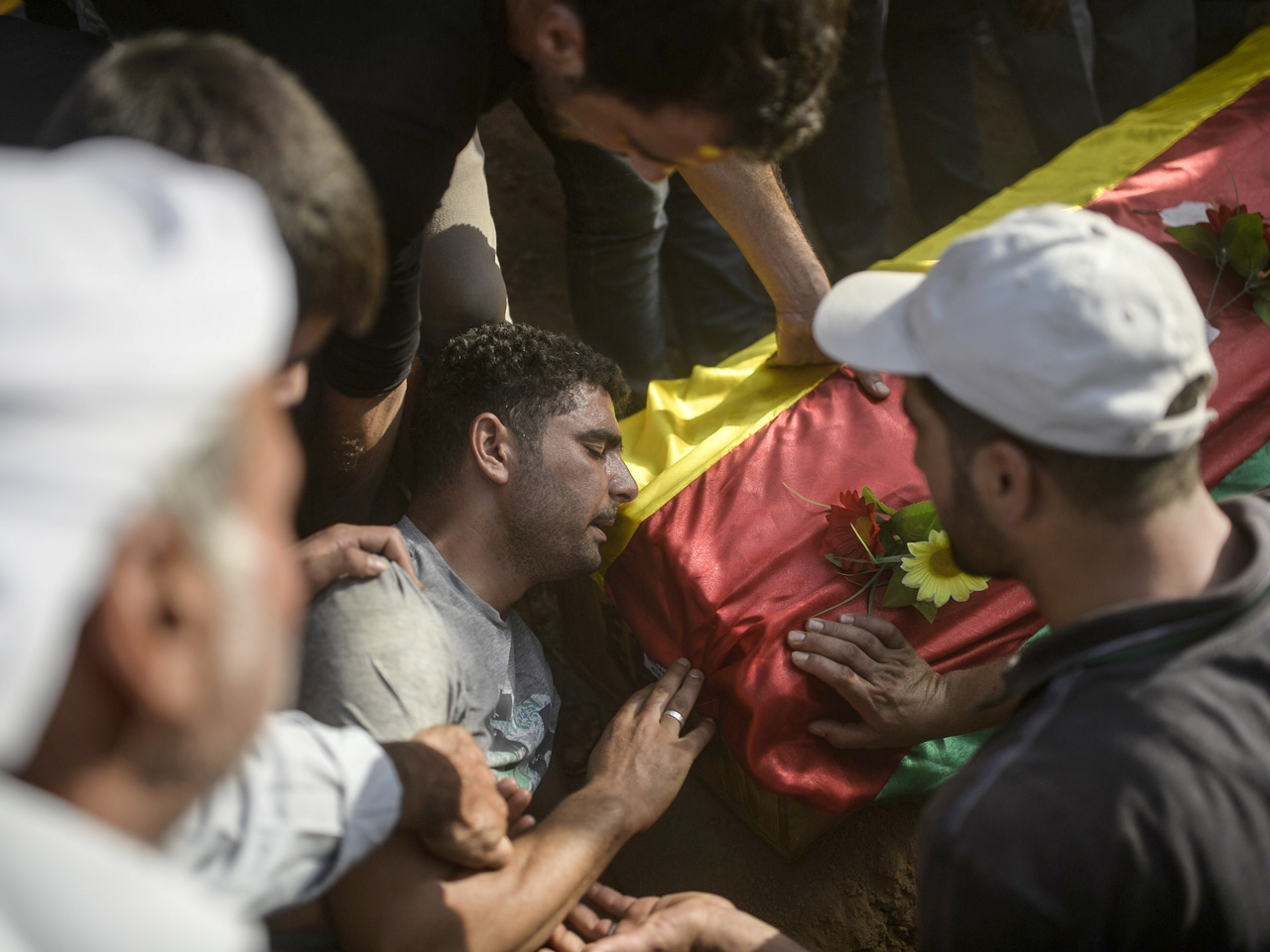 ISTANBUL - Officials have raised concerns that a deadly bombing in southeastern Turkey is part of a campaign of retaliation by the Islamic State of Iraq and Syria (ISIS) for a recent crackdown on its operations in the country.

If they are right, Turkey would be a particularly vulnerable target for the extremists.

No one has claimed responsibility for the Monday's bombing in Suruc, and Turkish officials have offered little evidence that an ISIS suicide bomber was involved. Social media affiliated with the Islamic State group have been conspicuously silent.

Turkey shares a 775-mile border with Iraq and Syria, putting it nearby to strongholds of the self-proclaimed Islamic State. And, as recent arrests show, the extremist group already has established its reach into Turkey.

In an intensified crackdown, Turkish officials say they have detained more than 500 people suspected of working with ISIS in the last six months. An operation this month netted 21 terrorism suspects in an investigation of recruitment networks in multiple parts of the country, the officials said.

The moves suggest an attempt to dismantle an entrenched presence inside Turkey. And authorities fear that Monday's bombing in the town of Suruc that killed 32 people and wounded nearly 100 is a warning by the extremists against such a campaign.

"This attack was against Turkey; against Turkey's democracy; against the peace and welfare of our people; against public order," Prime Minister Ahmet Davutoglu said after the attack that officials called a suicide bombing. He vowed to go after those behind the bombing and made clear he believes it was the Islamic State.

Turkish officials say they were early to declare ISIS a terrorist group and have taken extensive efforts to impede and degrade it. The recent moves against the militants are merely an extension of these efforts, they say, the result of close monitoring of ISIS militants in Turkey.

But Western countries have long complained that the government of President Recep Tayyip Erdogan has done too little to prevent ISIS militants and recruits from crossing its borders into Syria and Iraq.

Some analysts say that because of Turkey's aggressive policies against Syrian President Bashar Assad in that country's civil war, it has allowed militants of many stripes to operate in Turkey, providing cover to ISIS.

They say the recent arrests are evidence that authorities were too slow to prevent ISIS from establishing a presence and building an infrastructure for the extremists.

As a result, ISIS militants are better positioned to carry out attacks in Turkey. Even a restrained campaign could shut down the country's vibrant tourism industry, as militants have done in Tunisia.

"When the Syrian war first started, Erdogan's government wanted the downfall of the Assad regime, and without Western military intervention, it thought that these foreign fighters would turn the tide," said Mohamad Bazzi, a Middle East analyst at New York University. "Now that strategy is backfiring as the Islamic State becomes more emboldened."

It's still too early to say that ISIS has turned its attention to target Turkey. If it has, it would be a risky move for the group, also known as ISIL.

The Suruc attack could also be the work of an admirer or follower without orders from ISIS leaders. Whatever the intention, the bombing appeared targeted at a leftist group that was in Suruc as part of a mission to rebuild the Syrian Kurdish city of Kobani, just over the border.

Kobani, where Kurdish fighters beat back an ISIS assault begun last year, has become a symbol of Kurdish resistance. While most if not all of the victims of the bombing were Turkish citizens, it's not clear that the Turkish government was the target, even if the government has viewed it that way.

With a campaign of attacks in Turkey, ISIS would risk a more robust response from a major regional power that has until recently been more focused on bringing down Assad than the extremists.

Turkey has joined a U.S.-led coalition against ISIS, but has so far limited its participation because it says Washington's overall strategy for Syria is flawed. Turkey has held out support, including opening its key Incirlik air base near the Syrian border as leverage to get the U.S. to broaden its mission to take on Assad.

But if the Islamic State of Iraq and Syria became enemy No. 1 in Turkey, the government's stance could open up a more direct assault.

"It's mutually assured destruction," said Aaron Stein, non-resident fellow at the Atlantic Council's Rafik Hariri Center for the Middle East. "If ISIS attacks Turkey, they are going to provoke a disproportionate response."