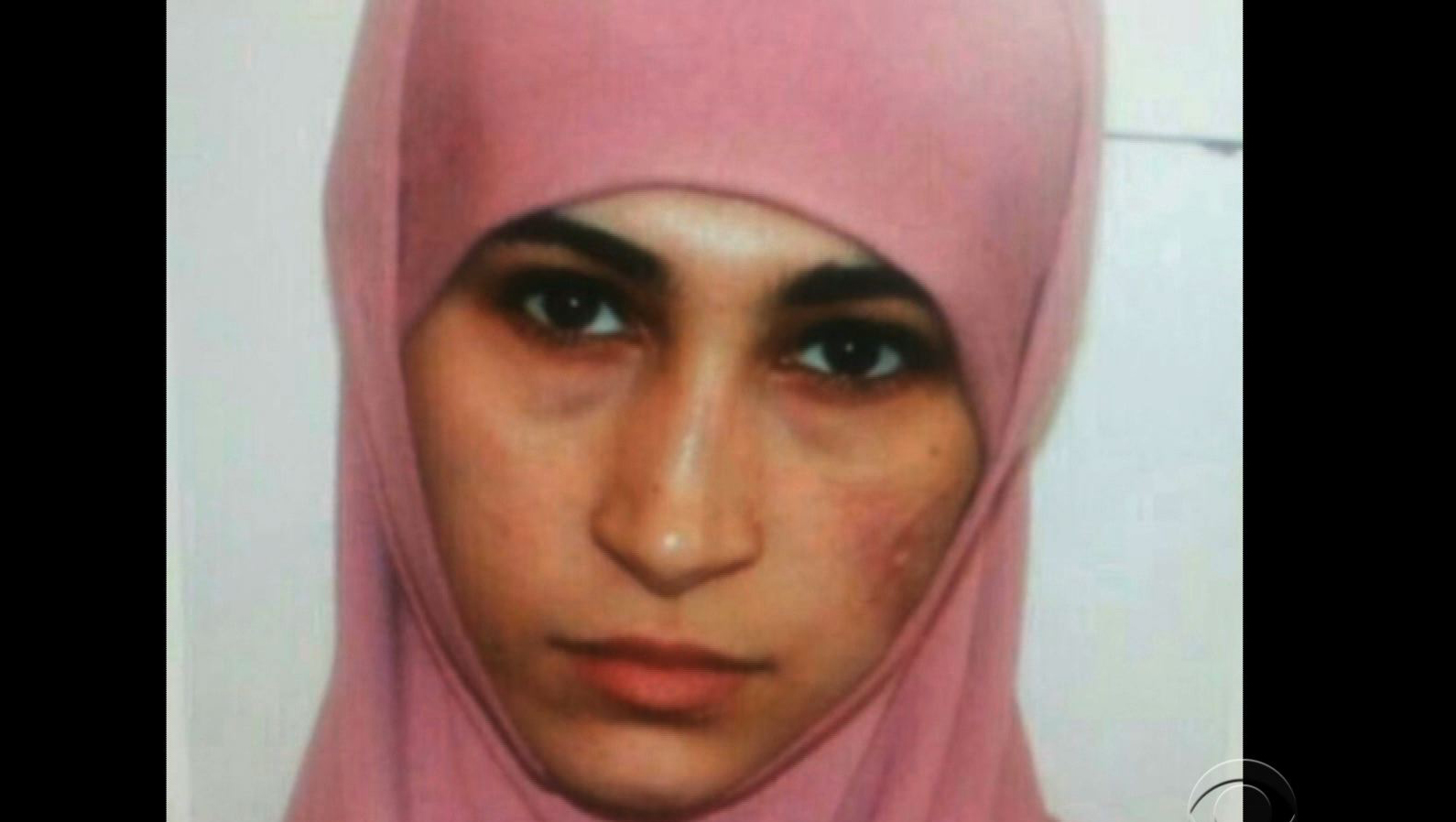 Russian authorities are hunting in and around the southern city of Sochi for a so-called "black widow" who they fear may be plotting to carry out a terror attack at the upcoming Winter Olympics.

The woman, identified as Ruzana Ibragimova, has promised to get revenge for the death of her husband, an Islamic militant killed last year by Russian security forces, CBS News investigative producer Pat Milton reported.

Police have been visiting hotels in the Sochi area inquiring if Ibragimova has been seen and have been distributing posters seeking information about her. CBS News has confirmed eyewitness accounts from Sochi that these posters have been put up in the area of the Olympic venues.

There is also a concern that other widows whose husbands were killed may be used by the Islamic terrorists as well to carry out an attack, possibly suicide attacks, Milton reported.

Last month, CBS News national security analyst Juan Zarate noted that Chechen rebels are famous for using "black widows" – widows of fighters who become suicide attackers. Zarate pointed out that women brought down two airliners in 2004 (one, ironically, was headed to Sochi) and a woman is believed to have been involved in a bombing attack in the southern Russian city of Volgograd two months ago that killed more than 30 people.

With the opening ceremony less than three weeks away, doubts have been increasing about how the Russians can guarantee security at the Winter Games. CBS News' David Martin has confirmed that the U.S. military has plans to put transport planes at European bases on alert and is deploying two Navy ships to the Black Sea in case Americans need to be evacuated from Sochi.

Russian President Vladimir Putin has said every precaution will be taken to protect athletes and other visitors at the Games.

"If we show we are afraid, we will encourage those terrorists in attaining their goals," Putin told reporters. "The job of the Olympics host is to ensure security, and we will do whatever it takes."

But former CIA Deputy Director Mike Morell, now a CBS News contributor, said it's almost a given that terrorists will try something at the Sochi Games.

"I think this is the biggest threat to any Olympics that we've seen in quite some time," Morell said. "The terrorists there are motivated, they are determined, and they capable, as we have seen in the last few weeks."

He said that if terrorists don't succeed in attacking Sochi, they may very well strike elsewhere in Russia. Anywhere where large numbers of Westerners are gathered would be considered a perfect target, he said.

Meanwhile, Russia's counter-terrorism agency says it's studying a video posted by an Islamic militant group that claimed responsibility for suicide bombings that killed 34 people last month and is threatening to strike the Winter Games.

Security experts say the Russians are right in taking the threat seriously.

The video was posted online Sunday by a militant group in Dagestan, a predominantly Muslim republic in Russia's volatile North Caucasus. The Olympic host city of Sochi lies only 300 miles west of Dagestan.

Two Russian-speaking men featured in the video are identified as members of Ansar al-Sunna, the name of a Jihadist group operating in Iraq. It was unclear whether the men in the video had received funding or training from that group or only adopted its name.

There was no confirmation the two men were the suicide bombers who struck Volgograd last month as the video claims.

Russia's National Anti-Terrorism Committee said Monday it was studying the video and would have no immediate comment. The video couldn't be viewed in Russia, where Internet providers cut access to it under a law that bans the "dissemination of extremist materials."

It was released by the Vilayat Dagestan, one of the units that make up the so-called Caucasus Emirate, an umbrella group for the rebels seeking to establish an independent Islamic state in the North Caucasus.

Doku Umarov, a Chechen warlord who leads the Emirate, had ordered a halt to attacks on civilian targets in 2012. But he rescinded that order in July, urging his followers to strike the Sochi Olympics, which he denounced as "satanic dances on the bones of our ancestors." The Games run from Feb. 7-23.

The Kremlin-backed leader of Chechnya claimed last week that Umarov was dead, but the claim couldn't be verified. The Vilayat Dagestan statement said the Volgograd attacks were carried out in part because of Umarov's order, but it didn't specifically say he had ordered them.