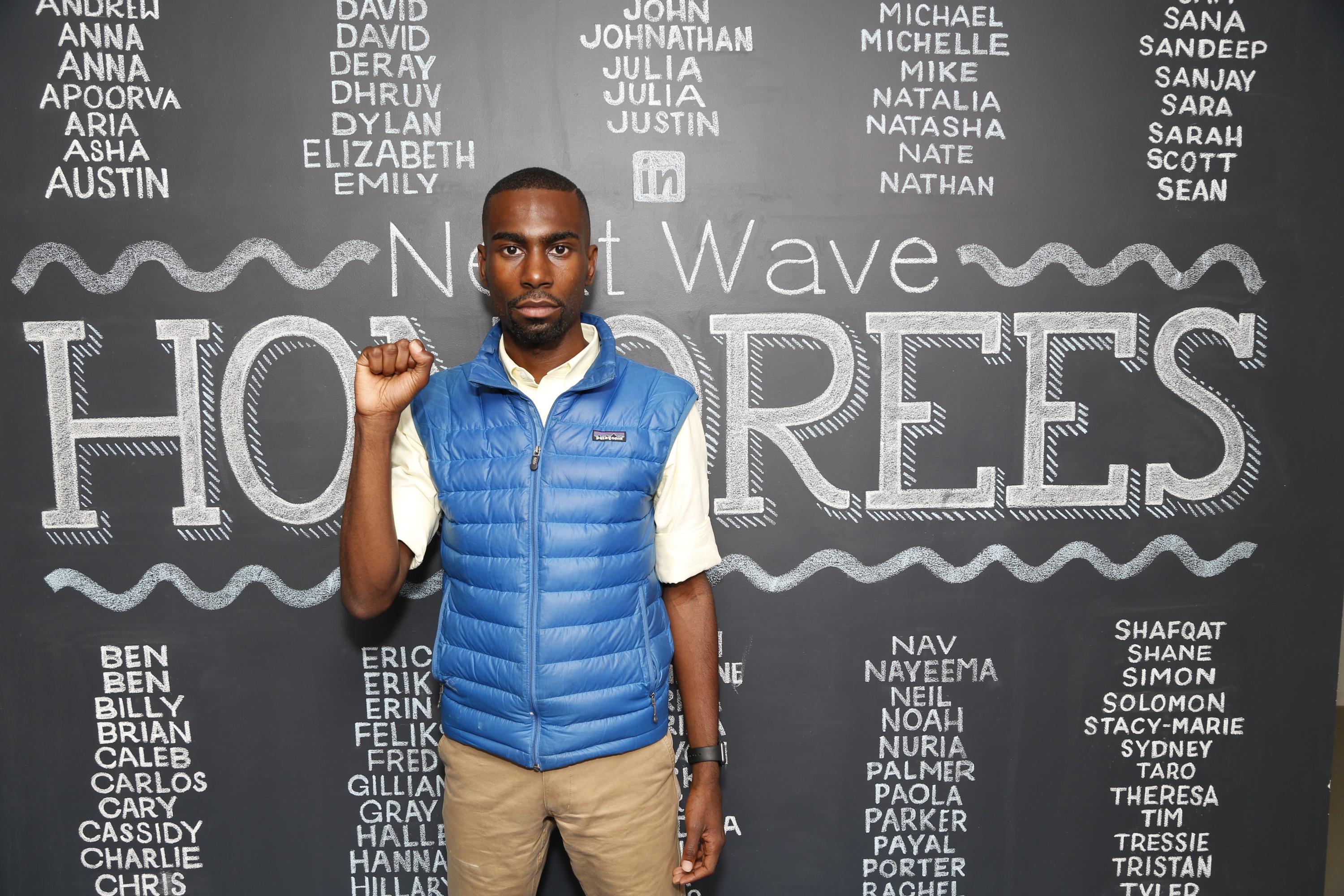 One of the most prominent voices of the Black Lives Matter movement, activist DeRay Mckesson, has revealed his presidential pick for 2016, and he’s with her.

“I am voting for Hillary Clinton,” Mckesson wrote in a Washington Post op-ed published this morning. “Clinton’s platform on racial justice is strong.”

But he’s quick to point out that they don’t agree on everything, calling on her to oppose the death penalty and reform policies that result in mass incarceration.

Mckesson developed a following after the 2014 police shooting death of Michael Brown in Ferguson, Missouri, and subsequent protests. He’s become one of the best-known activists in the fight against police brutality, with BuzzFeed dubbing him “one of the most coveted endorsements in Democratic politics.”

He took his time before making his endorsement public, publishing it just 13 days before the election, perhaps a result of him once feeling tepid about the Clinton campaign.

“When Clinton started this campaign, she didn’t appear to understand the urgency of the need to address racism,” he wrote.

But his op-ed suggests he believes she’s made substantial growth in that regard:

I agree with Clinton more than I disagree with her... The [racial] unrest and activism over the last two years has undoubtedly pushed Clinton, specifically on key issues that she and other Democrats otherwise would not have addressed as forcefully as the party’s platform does: private prisons, an increased minimum wage, the role of institutional and implicit bias in sustaining unjust systems and acknowledging the need to address racism directly, to name a few.

Mckesson said he’s concerned that a Trump victory would lead society to “grind on black and brown folks even more than it already does.”

Some activists have chosen to remain mum on their presidential preference – and Mckesson said some of his peers have even suggested that a Trump presidency “would bring about a productive apocalypse ... and force us to confront everything that is wrong with the system.” But he said he disagrees.

Mckesson’s endorsement follows a year of meetings with Clinton about racial justice. A meeting last week made it “clear that she now understands these issues well at a policy level and that she has researched the implications of the positions that she has proposed,” he said.

“And we can, and will, hold her accountable every step of the way.”

CBS reached out to Mckesson for comment and will update this story.