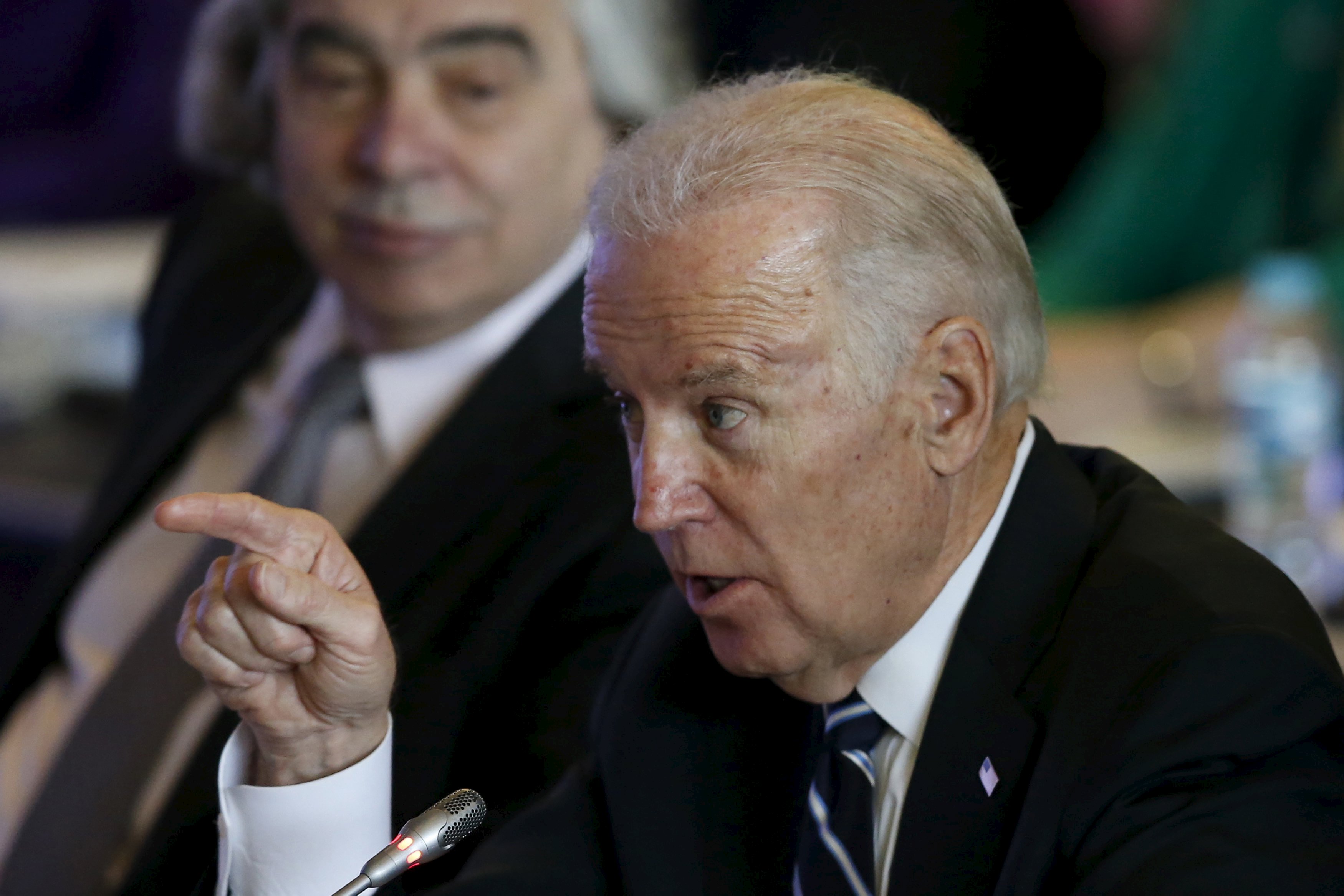 MEXICO CITY -- Vice President Joe Biden said Thursday that some 2016 presidential campaign rhetoric about Mexico and immigrants has been "dangerous, damaging and incredibly ill-advised" and is out of step with most Americans' attitudes.

Speaking in Mexico City at Cabinet-level talks on boosting economic and commercial ties with one of the United States' top trading partners, Biden reassured Mexican officials that such talk also does not reflect progress in the countries' bilateral relations.

"The main message I wanted to say to you is that I understand that you can't poison the well and at the same time work out a real estate agreement to buy the well," he said.

Without naming names, Biden was generally critical of Republican candidates, several of whom have proposed measures from walling the entire U.S.-Mexico border to deporting all 11 million people estimated to be living in the United States illegally. GOP front-runner Donald Trump said last year that Mexico was sending crime, drugs and "rapists" north of the border.

Biden's comments come the same day as former Mexican President Vicente Fox said in an interview with Fusion's Jorge Ramos that he was "not going to pay for that f***ing wall. He [Trump] should pay for it."

"Please, you Hispanics, Latinos in the U.S., open your eyes," Fox said. ""It's not to defend our race. Not to defend our creed. It's to defend this very same nation that is hosting you. This nation is going to fail if it goes into the hands of a crazy guy."

Trump has the worst favorability rating in the GOP presidential field among Hispanic voters, according to a Washington Post-Univision News poll released Thursday.

The survey found 17 percent of Hispanic voters surveyed said they had a favorable opinion of the billionaire businessman, but more than 80 percent reported an unfavorable view of him.

Jewell and her Mexican counterparts signed agreements to cooperate on energy issues, conservation and preparing for the impacts of climate change, the U.S. Interior Department said in a statement. The secretary also commended recent Mexican reforms opening its energy sector to private investment.

"As allies and partners, the economies of the U.S. and Mexico are inextricably linked and a strong energy sector is a key part of that equation," Jewell said.

Trade between the United States and Mexico totaled about $530 billion last year, according to the U.S. Census Bureau.

Biden was meeting with Mexican President Enrique Pena Nieto later in the day.

The High-Level Economic Dialogue forum between the United States and Mexico was established by President Obama in 2013. This is the third year officials have met to discuss "economic growth, job creation and competiveness," the statement said.