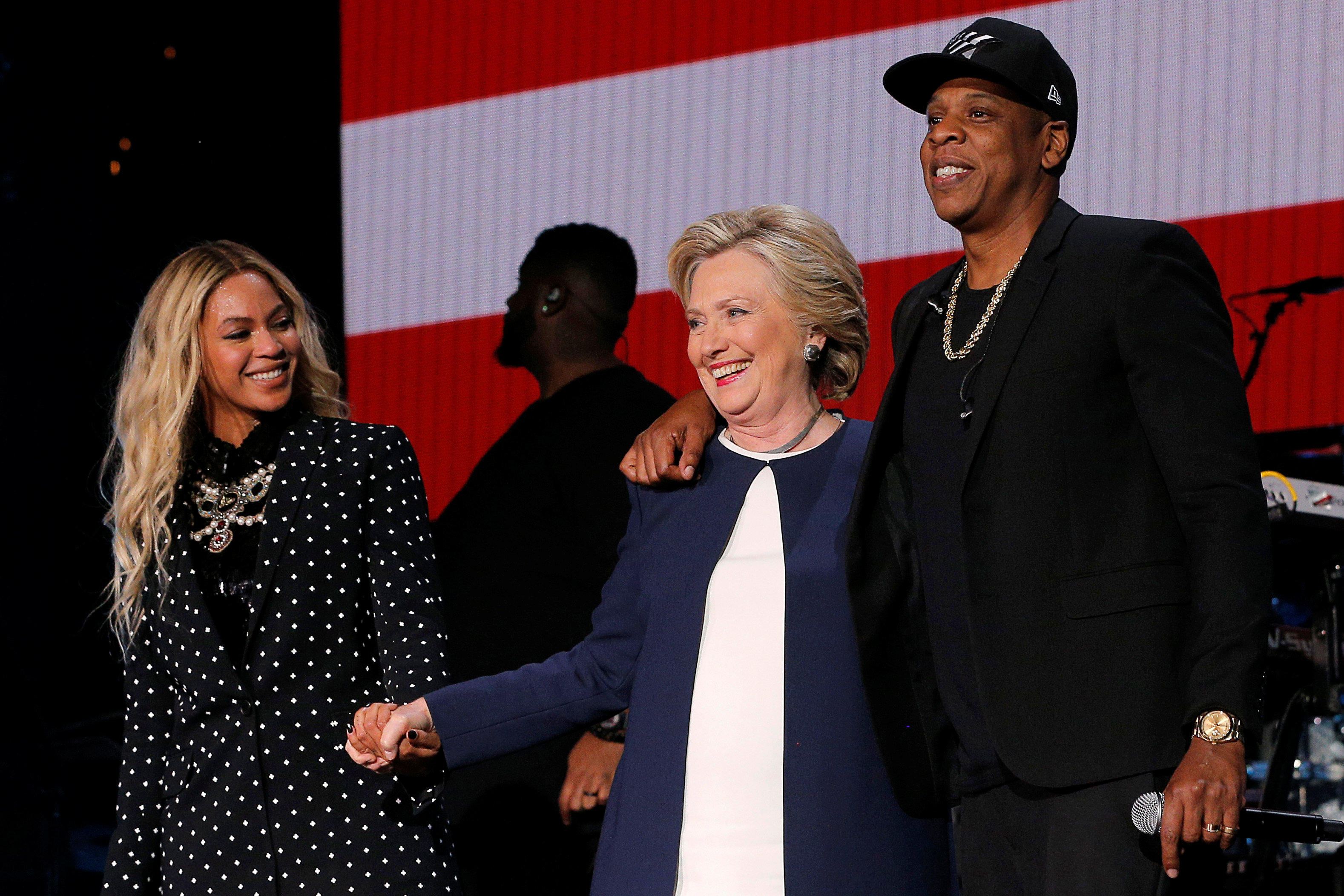 CLEVELAND -- Hillary Clinton got a little help getting out the vote on Friday night from superstar performers Jay Z and Beyoncé.

The Democratic nominee appeared with the famous pair, along with artists Chance the Rapper, Big Sean and J. Cole, at a get-out-the-vote concert at the Wolstein Center at Cleveland State University here on Friday. The concert, which was free and open to the public, is part of the Clinton’s campaign’s aggressive, final push to get voters — especially young voters — to the polls before Tuesday.

And it was one of many: Jennifer Lopez, Jon Bon Jovi and Steve Aoki are among other musicians who have shown their support for Clinton with free performances in battleground states while others, like Pharrell Williams, have joined her on the campaign trail. On Saturday night, Clinton will join Katy Perry at a free concert in Philadelphia. Stevie Wonder performed Friday in Philadelphia.

Jay Z hit the stage with “Dirt Off Your Shoulder,” putting aside politics at first. Some choice words of advice for his fans flashed behind him: “Bad officials are elected by good citizens who do not vote.”

CBS News first reported on Thursday that Beyoncé would perform alongside her husband on Friday night.

Beyonce urged the crowd, and women in particular, to exercise their right to vote.

“Eight years ago, I was so inspired to know that my nephew, a young, black child, could grow up knowing his dreams could be realized by witnessing a black president in office,” she said. “And now, we have the opportunity to create more change. I want my daughter to grow up seeing a woman lead our country and know that her possibilities are limitless.”

Jay Z and Beyoncé performed Jay Z’s song, “Holy Grail,” together, as Clinton’s slogan, “Stronger Together” showed behind them.

“This other guy — I don’t have any ill will towards him — but his conversation is divisive,” Jay Z said in short, introductory remarks for Clinton. “That’s not an evolved soul to me, so he cannot be my president.”

Clinton said that the country has “unfinished business” and “more barriers to break.”

“And with your help, a glass ceiling to crack once and for all,” she said.

Donald Trump, meanwhile, told supporters in Hershey, Pennsylvania, on Friday night that he “didn’t have to bring J-Lo or Jay Z” to fill the local hockey arena. He said: “I am here all by myself. Just me. No guitar, no piano, no nothing.”