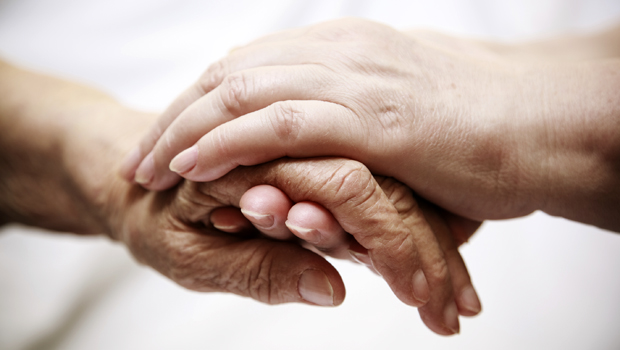 Discussions around end-of-life care are difficult, wrought with emotion and uncertainty. Ideally, decisions should be made in conjunction with patients, but when they are too ill to speak for themselves, a family member typically steps in as a surrogate.

Previous research has shown that family members of critically ill patients tend to hold overly optimistic expectations about their loved one's prognosis compared to physicians. While optimism may sound like a positive thing, the effect on treatment decisions could sometimes do more harm than good.

"The concern is that patients would get a lot more intensive, invasive treatments than they would choose for themselves," Dr. Douglas B. White, professor in the Pitt School of Medicine's Department of Critical Care Medicine, and director of the department's Program on Ethics and Decision Making, told CBS News. "This is the kind of end-of-life care that can be harmful to patients in terms of dignity and respect. It's also extremely costly the health care system."

Though many doctors know these differences in expectations often exist, little research has been done looking into the potential reasons why.

To answer this question, White and his colleagues surveyed 99 physicians and 229 people who had agreed to be the "surrogate decision maker" for hospitalized patients in four intensive care units at the University of California, San Francisco Medical Center. The results were published in the Journal of the American Medical Association.

The researchers asked both the family members and the doctors to estimate the patients' chance of survival on a scale from 0 to 100. In more than half of the cases, there was a significant difference in predictions -- defined as a difference of at least 20 percent. The researchers found that the surrogates were typically more optimistic about a patient's chances, but the doctors' estimates were ultimately far more accurate.

The study authors also asked the family members to guess what the doctors answered. Generally, their guesses fell somewhere between their own estimates and the physicians' estimates, revealing that they understood they were being more optimistic than the doctors.

The researchers then interviewed the surrogates about why there was such a difference. In the majority of cases, there was an element of misunderstanding involved. However, more than half the time, even when the family members understood the prognosis they held different beliefs about the possible outcome.

The researchers asked the surrogates to discuss these beliefs. Three themes emerged: hope, strength and faith.

"The first and most common reason is that these family members believe that by holding a more optimistic belief about prognosis, that will actually help the patient have a better outcome," White explained. "This notion that hope will actually influence the patient's outcome arose in half the cases."

Another commonly held belief by family members was that the doctors didn't understand how strong their loved one really is and how substantial their will to live. "The families would say 'yeah, the doctor knows what happens to most people, but he doesn't know my mom and my mom is going to do better than the average patient,'" White said.

Finally, religion also played a role. "These families believed either a miracle would happen or they had other religiously grounded reasons for holding their prognostic estimate," White said.

Understanding the reasons for the differences in beliefs is important, experts say, because it can lead to better training for physicians in how to communicate with family members. They should not only focus on doing so in a clear manner, White said, but also take into consideration the emotional and psychological elements that can cause them to hold different expectations about the patients' chance of survival.

In an accompanying editorial, a group of doctors from Hôpital Saint-Louis in Paris and Memorial Sloan Kettering Cancer Center in New York City call these conversations "one of the most challenging tasks faced by intensivists [critical care specialists] and others providing care for critically ill patients."

"In these discussions," they write, "listening is as important as talking, if not more so, before proceeding to provide the psychological and other support that most families need to process information and share in decisions that honor patients' values, goals, and preferences."