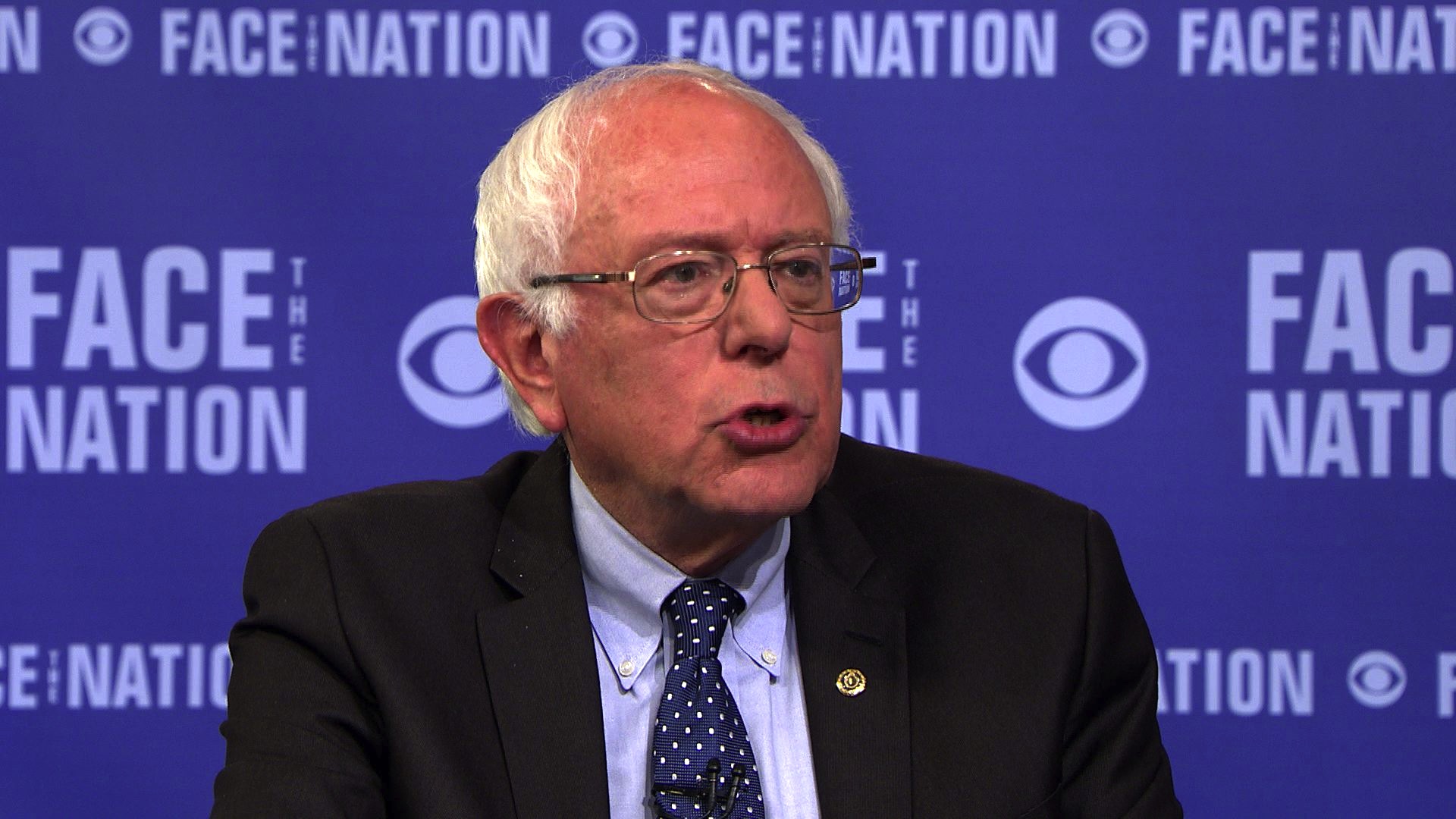 Vermont Sen. Bernie Sanders said Sunday that he believes some of the attacks against former Secretary of State Hillary Clinton, his chief rival for the Democratic nomination, are "sexist."

Sanders was asked by host John Dickerson about people who say Clinton's practice of using a private email server while secretary of state makes her untrustworthy.

"Hillary Clinton has been under all kinds of attack for many, many years. In fact, I can't think of many personalities who have been attacked for more reasons than Hillary Clinton. And by the way, let me be frank and I'm running against her: Some of it is sexist. I don't know that a man would be treated the same way that Hillary is," he said on "Face the Nation."

Sanders, who is an independent senator but is running for the Democratic nomination, has avoided criticizing Clinton. Instead, he points to issues where they differ, like on the Trans-Pacific Partnership (Sanders opposes it; Clinton has spoken positively of the trade agreement in the past but not taken a position as a candidate), their vote on the Iraq War and the Patriot Act (Sanders was a no on both; Clinton a yes), and their approach to Wall Street ("I think we have to take on the billionaire class and Wall Street. I'm not quite sure that that's her view," he said).

Sanders also said he is "disturbed" by the attitudes of the GOP candidates toward war after watching the first Republican debate last week.

"Apparently, most of the candidates up there do not remember the consequences of the wars in Iraq and Afghanistan. And the kind of easy feeling, the kind of non-consequential talk about going to war or rejecting the president's effort to negotiate an agreement with Iran disturbed me very much because I think these people do not know what the war in Iraq did to our people, did to the people in Iraq," Sanders said.

He also said he was "amazed" not to hear the GOP candidates discuss climate change, income inequality and the Citizens United Supreme Court decision -- which he called "some of the most important issues facing our people."

He elaborated on his opposition to the Citizens United decision when asked about a claim by Republican presidential candidate Donald Trump that candidates who take money for their campaigns are controlled by their donors.

"Do I think that the people who make these contributions, huge contributions, do it out of the goodness of their heart, or do they want something? Of course, they want something," Sanders said. "Now, the problem is it's easy for Trump to say,'I don't need that money.' Yeah, because he's a billionaire. The logical consequence is that the only people who can run for office in America, who don't have to curry favors are billionaires themselves."

Sanders said he is running "a people-oriented campaign" and the average contribution is $31.

"Can we actually prevail over a billionaire, or the billionaire class? Time will tell. I think we can," he said.

He also explained his support for the Iran nuclear deal, saying he supports the idea of doing everything possible to prevent Iran from gaining a nuclear weapon without going to war.

"Look, I'm not going to tell you that this is a perfect agreement. And every agreement can be better. But what the president has had to do is negotiate with the P5+1 and Iran. And I think that reaching an agreement, giving it a chance, makes a lot more sense" than war he said.

During a speech Wednesday, President Obama said that Iranian hardliners chanting "Death to America" are "making common cause with the Republican caucus," nearly all of which opposes the deal.

Sanders said he "wouldn't frame it that way." But he did echo the president in arguing that the alternative to the agreement is war.

"Do we really want another war, a war with Iran? An asymmetrical warfare that will take place all over this world, threaten American troops?" he said. "I think we go as far as we possibly can in trying to give peace a chance."

When Sanders was asked about the Democratic debate schedule, which was announced this week, he said he's "not really" satisfied with the way they are arranged. He's not the only one -- former Maryland Gov. Martin O'Malley, who is also running for the Democratic nomination, said the Democratic Party is trying to tip the scale in Clinton's favor.

"At a time when so many people in our country are giving up on the political process and the turnout is so low, when public consciousness about government is not high, I would like to see us be debating all over this country. I'd like to see the DNC have more debates," he said. Sanders suggested that labor unions, environmental groups, women's groups and gay groups could host the various debates.

He said he "maybe" shared O'Malley's feelings about the party helping Clinton.

"But what's more important to me is I think in this country today, we need serious debate about serious issues," he said.