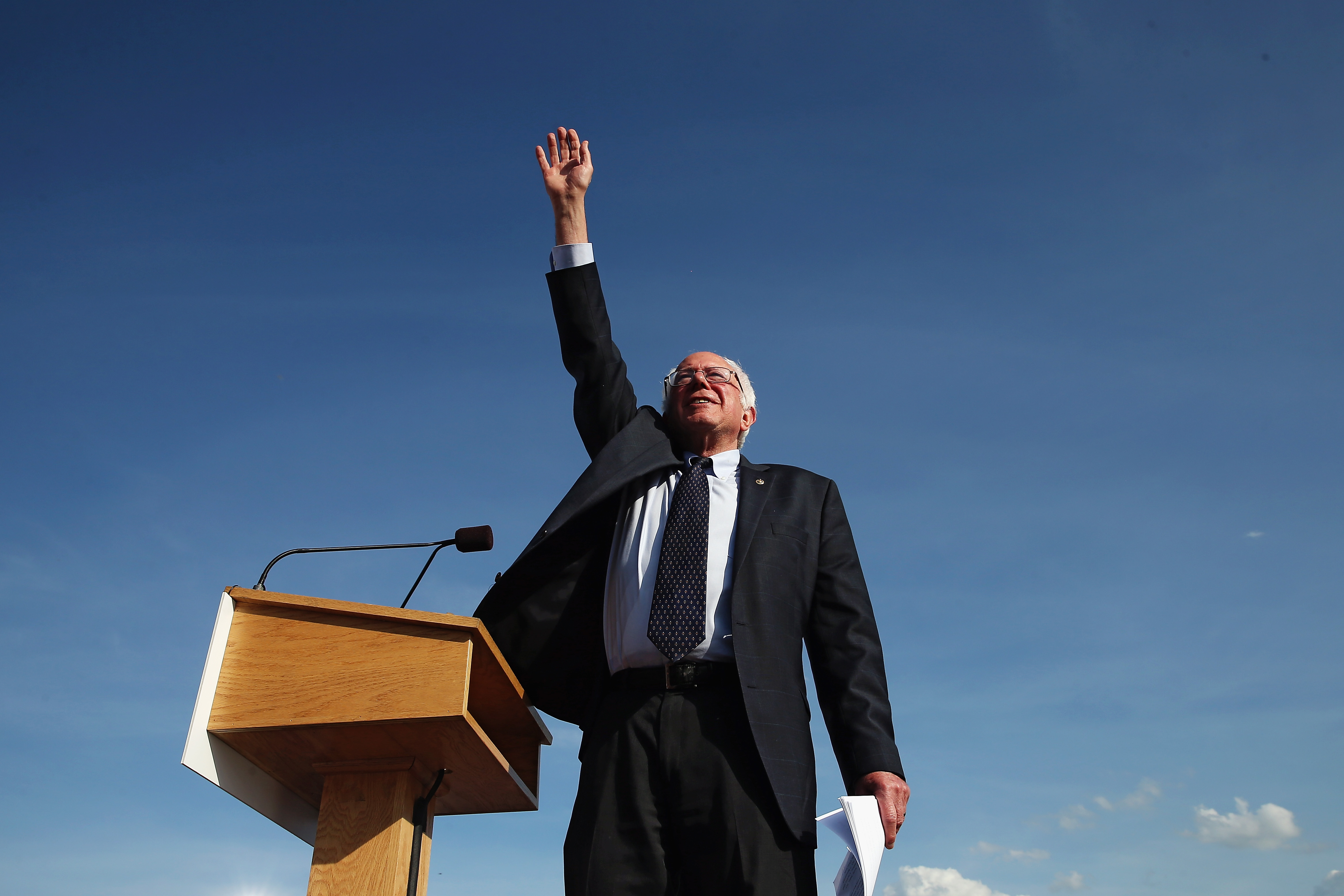 Sen. Bernie Sanders, the Independent from Vermont running for the Democratic presidential nomination, officially launched his campaign on Tuesday with a populist message for the "billionaire class."

"Enough is enough," the self-identified socialist said to his supporters gathered on the shore of Lake Champlain in Burlington, Vermont. "This great nation and its government belong to all of the people and not to a handful of billionaires."

Promising to "build a movement," the 73-year-old warned the crowd that "now is not the time for thinking small."

Sanders has recruited some high-profile figures to join his "movement," including environmental activist Bill McKibben, as well as Ben Cohen and Jerry Greenfield, the co-founders of the Vermont-based Ben & Jerry's ice cream. All three spoke ahead of Sanders at Tuesday's rally, while the crowd enjoyed free Ben & Jerry's ice cream.

The senator laid out his liberal agenda, including ideas like raising the federal minimum wage to $15 an hour, implementing a Medicare-for-all health care system, investing $1 trillion in infrastructure, make tuition in public universities free, combating climate change, and rolling back the impact of the Supreme Court's Citizens United decision.

While he promised to promote ideas that would meet those needs, he also said, "This campaign is going to send a message to the billionaire class."

"And that is: you can't have it all," Sanders continued. "You can't get huge tax breaks while children in this country go hungry. You can't continue sending our jobs to China while millions are looking for work. You can't hide your profits in the Cayman Islands and other tax havens, while there are massive unmet needs on every corner of this nation. To the billionaire case, I say your greed has got to end. You cannot take advantage of all the benefits of America, if you refuse to accept your responsibilities."