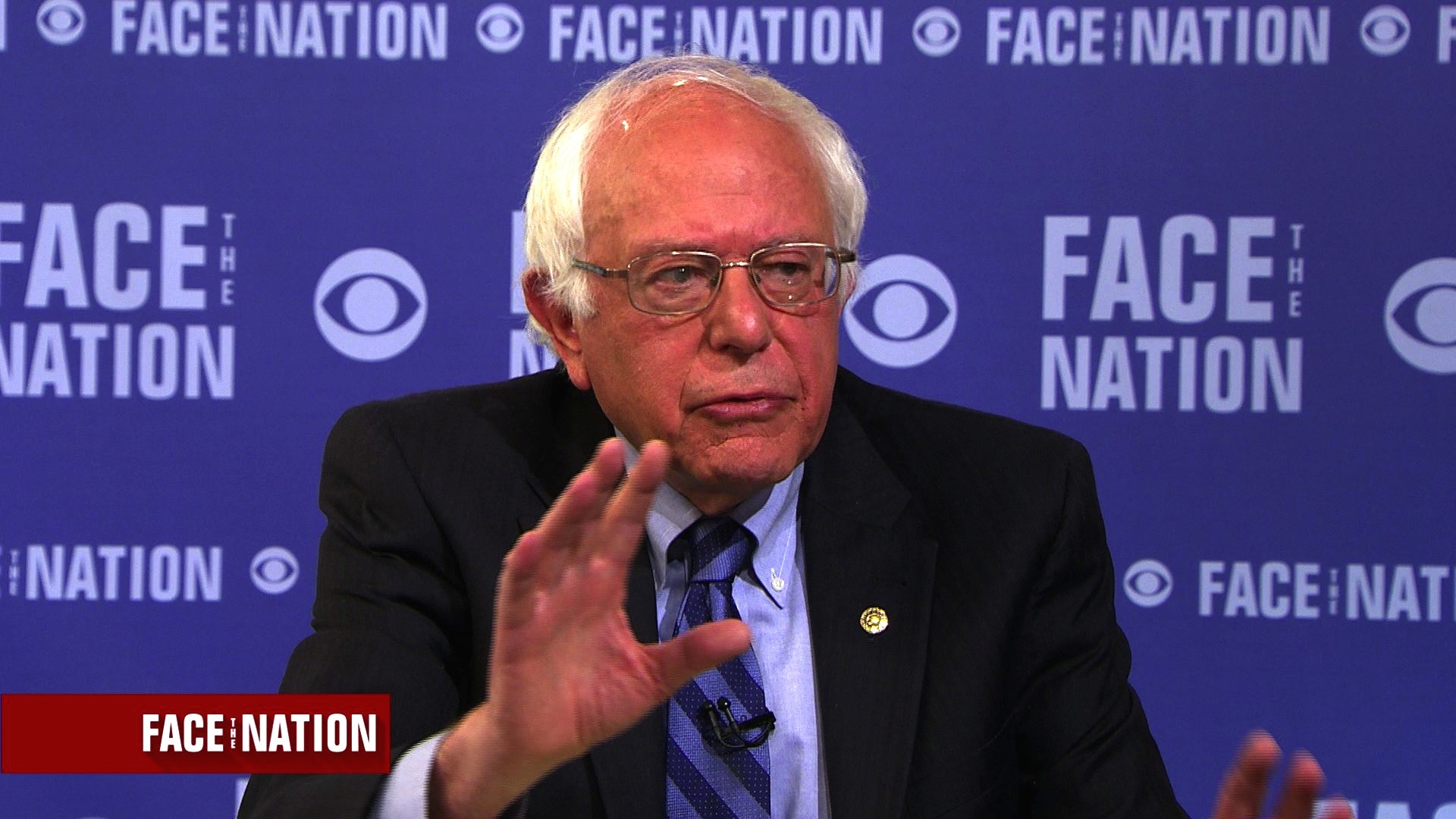 Vermont Sen. Bernie Sanders admitted Sunday that his path to the Democratic nomination is an "uphill fight," but vowed that he is still actively trying to win the race over former Secretary of State Hillary Clinton.

"It's an uphill fight, I admit it," he said on CBS' "Face the Nation." "We need to win 65 percent of those votes, but the states coming up are favorable to us."

Still, asked by moderator John Dickerson what the current goal of his campaign is, Sanders replied: "To win the Democratic nomination and then to win the general election."

The senator added that of the 10 remaining states to vote, several are favorable territory for him--especially California, which he said "happens to be the most progressive state in this country."

"It is difficult," Sanders said of his chances at the nomination. "It is not impossible."

Sanders, whose campaign is working to flip superdelegates to his side, said those in states that strongly voted for him should back him over former secretary of state Hillary Clinton. He said that what's unfair is the system overall, not what his campaign is doing to bring in superdelegates.

"What is unfair is when I win a state by 70 percent of the vote and superdelegates in that state vote for Hillary Clinton because they're part of the Democratic establishment, that's unfair," he said. "It is not unfair to say to these superdelegates. 'okay, look, you want to defeat Trump, capture the White House, not give it over to some right-wing Republican, take a look at which candidate is better suited according to virtually every national and statewide poll to defeat Donald Trump and I think I am that candidate.'"

In the wake of his losses in the Northeast over the last two weeks, many have been calling on Sanders to end his campaign for the sake of Democratic unity. Oregon Sen. Jeff Merkley, a supporter of Sanders, said that if there's no path for him, he should allow the party to unify. Asked whether he's feeling that pressure, Sanders said a "vigorous debate" is good for the Democratic Party.

Sunday is the one-year anniversary of Sanders' entrance into the Democratic race. Asked what that means to him, Sanders said it's a reminder of how far his campaign has come.

"It means we have come an extraordinary distance in one year," he said. "You know, when we started, we were considered to be a fringe candidate. We have now won over nine million votes. We have won 16 states."