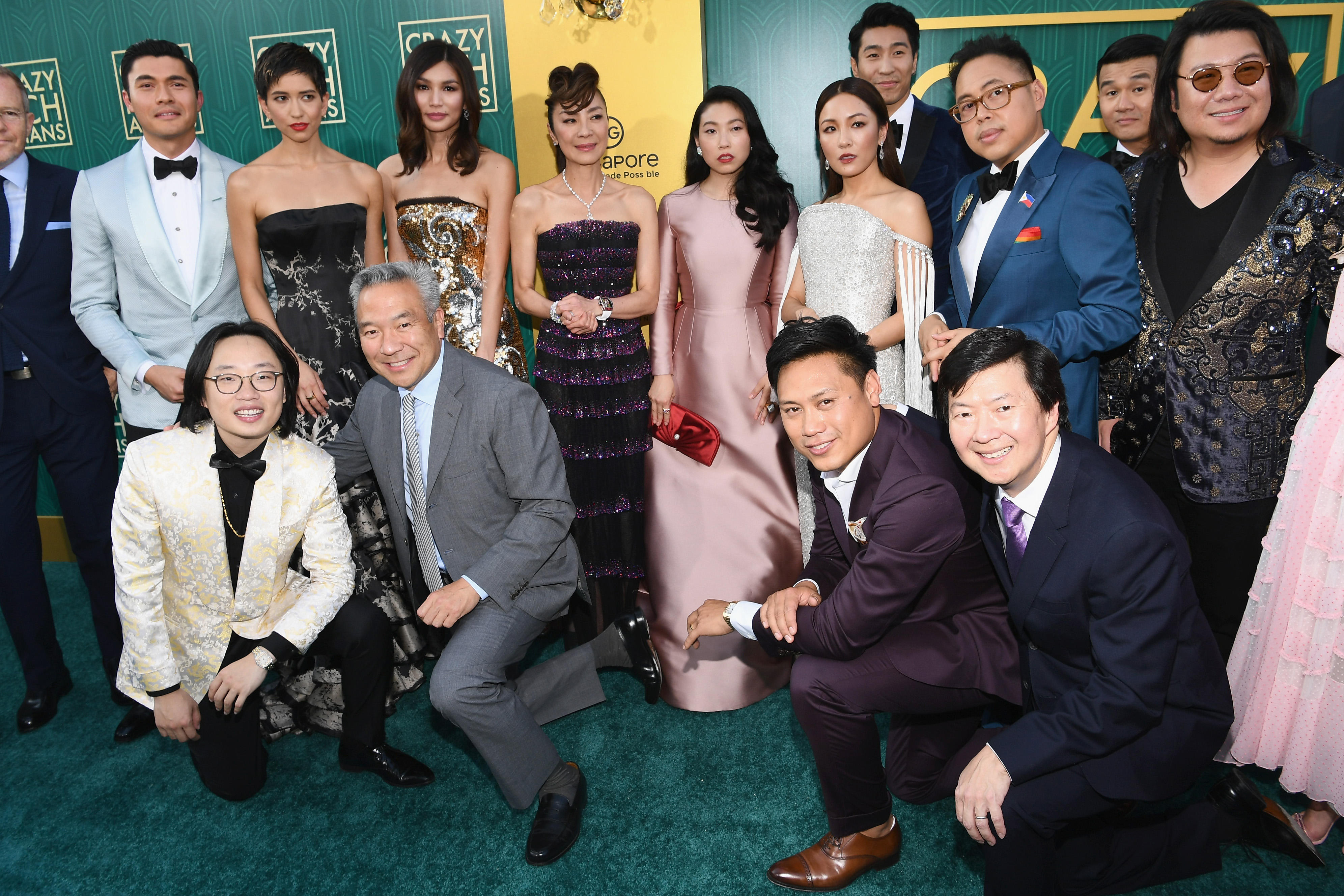 Awkwafina has come a long way from posting acerbic rap videos on YouTube to starring in "Ocean's 8" and the upcoming "Crazy Rich Asians."

Lum says that working alongside stars like Cate Blanchett, Sandra Bullock and Rihanna on "Ocean's 8" was nerve-racking at first.

"I was really nervous before I met them. I'd have a waking nightmare I'd say something weird, because how do you prepare for working with idols? You can't. I think the first one I met was Helena Bonham Carter at this party, and I was like 'Oh my God, it's Helena Bonham Carter. I can't.' She was like, 'What are you doing standing there? Give me a hug,' and that set the tone. We talk to this day."

Lum is staying grounded, though. She says she frequently gets asked if she will collaborate on a song with co-star Rihanna, and between bouts of hysterical laughter, she makes it clear that she doesn't see herself in the same league: "The answer is pretty obvious. That's a hard no."

Anyone who's seen Lum in "Ocean's 8" knows she's a show stealer, but the actress gets serious when she talks about the significance of "Crazy Rich Asians," the first mainstream Hollywood movie in 25 years to feature a mostly Asian cast.

"It's extremely emotional for me and more impactful than I ever thought it would be. On set, I knew this would be bigger than myself, bigger than the cast."

"They can't put a finger on what they're feeling and I've come to figure out it's the power of representation, the privilege of representation," she says. "So realizing that and having that is so powerful. It goes beyond 'summer rom-com.' It really is culturally significant."

Lum also adds that though she's proud of the film, she doesn't think the future of Asian representation in Hollywood should depend on the success of "Crazy Rich Asians."

"Of course you can say there's pressure on this movie," she says. "At the same time, I don't think the success of the movie should dictate whether or not there should be Asian Americans in film. I don't think 'Crazy Rich Asians' will be the last, no matter how it does."

Lum believes "Crazy Rich Asians" will change stereotypes about Asians and the way they are perceived.

"I think it does that by not over-explaining anything and not even really mentioning stereotypes, it dispels them," she says. "It makes it a universal movie, one that when you walk out, you could forget we're Asian."

Lum says that toxic portrayals of Asians reflect and perpetuate poor treatment of them in real life. She's excited that "Crazy Rich Asians" goes beyond the "token minority."

"For many many years, we've only been given one dimension, whether or not they're butt of jokes, they're one-dimensional," she says. "That's what happens when you only have one Asian character, but when you have more than one, you get complexity and plot lines that make them stand apart. We're not all the same."

Unlike other comedians, Lum says she doesn't agree with those who complain that audiences have become overly sensitive about offensive jokes.

"I think that right now we're experiencing a very tangible feeling of a PC culture and a lot of comedians have taken umbrage to that, because people are sensitive to jokes," she says. "But at the same time, the establishment of that culture — if you're doing things at the expense of other people, and getting in trouble for it, that's what's right. I think we're attuned to that; the younger generation is attuned to that and they're not letting anyone get away with anything that's not appropriate."

"There's a demand for authentic stories, and that will play in every form of media," she says.

To aspiring Asian American actors, she says it's important to be true to yourself.

"The things I now rely on — when I was in high school, I really didn't like those things about myself," she says. "Clinging onto that originality is important. It's easy to be a cookie cutter. It's not easy to be yourself." True to her words, Lum is still sticking to her rap roots; she released a hip-hop EP in June called "In Fina We Trust."