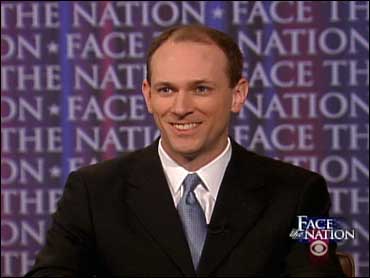 At a press conference today, President Obama announced the appointment of Austan Goolsbee as chair of the Council of Economic Advisers, saying he has "complete confidence" in Goolsbee's ability to take on the position.

Goolsbee, a longtime economic adviser to the president, will succeed Christina Romer at the post.

"Austan's been one of my good friends and close economic advisers for many years," the President said during his remarks this morning. "He's not just a brilliant economist. He's someone who has a deep appreciation of how the economy affects everyday people and he talks about it in a way that's easily understood... I have complete confidence he's going to do an outstanding job."

Senate minority John Boehner immediately expressed his disappointment with the choice. "Unfortunately, the appointment of Austan Goolsbee to be the president's chief economist represents a commitment to more of the same failed 'stimulus' policies," he said in a statement. "This president urgently needs people around him...who aren't wed to the worn-out notion that our nation can simply spend its way back to prosperity."

Goolsbee, an economics professor at the University of Chicago, served as Obama's senior economic policy adviser during the 2008 presidential campaign. Because he was already serving on the CEA when appointed, Goolsbee will not have to face potentially divisive Senate confirmation hearings.

Romer, who announced her resignation from the council in August, was among the President's most visible advisers. "Christie is brilliant," Obama said of Romer during the press conference. "She is dedicated, and she was part of the team that helped save this country from a depression. So we're going to miss her dearly."

Obama: Economic Recovery 'Painfully Slow'Obama: "Fair" to Say I Haven't Fostered Cooperation in WashingtonObama on Afghan Corruption and the Hunt for Osama Bin LadenFor Obama, Stimulus is a Four-Letter WordElizabeth Warren Gets (Vague) Support From ObamaWith Key GOP Vote Secured, Obama Urges Senate to Pass Small Biz BillObama: Americans Shouldn't Turn on Each OtherObama on Quran Burning: You "Don't Play Games" with Troop SafetyObama: It's Not Us Vs. Them -- "It's Just Us"Obama: We've "Fallen Short" on Closing Gitmo