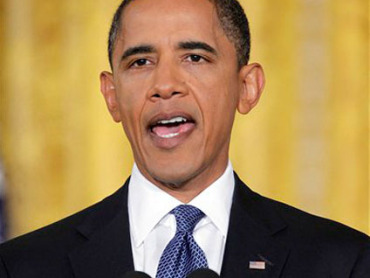 President Obama closed his longest-ever press conference Friday by saying that Muslims who are fighting for America should understand that all Americans are on the same side.

"I've got Muslims who are fighting in Afghanistan in the uniform of the United States armed services," he said. "They're out there putting their lives on the line for us, and we've got to make sure that we are crystal clear, for our sakes and their sakes, they are Americans, and we honor their service."

"And part of honoring their service is making sure that they understand that we don't differentiate between them and us," he added. "It's just us."

The president made the comments in reference to a question about the planned Islamic cultural center near Ground Zero and the possible burning of copies of the Quran by fringe Florida pastor Terry Jones, both of which have been tied to a spike in anti-Islam sentiment in the United States.

On the former issue, the president said Islam should be treated no differently than any other religion.

He added that while "I recognize the extraordinary sensitivities around 9/11," it is important to remember that "we are not at war against Islam."

"The folks who are most interested in a war between the United States or the West and Islam are Al Qaida," Mr. Obama continued. "That's what they've been banking on."

The president said " the overwhelming majority" of Muslims have the same concerns as everyone, and that Muslim Americans are friends, neighbors and coworkers.

He added: "And, you know, when we start acting as if their religion is somehow offensive, what are we saying to them?"