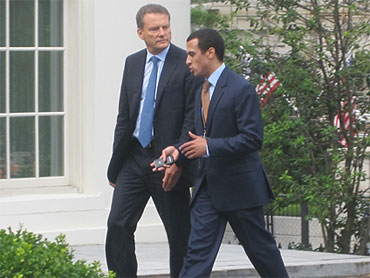 BP CEO Tony Hayward and other company officials arrived at the White House around midmorning today for a meeting with President Obama and other administration officials.