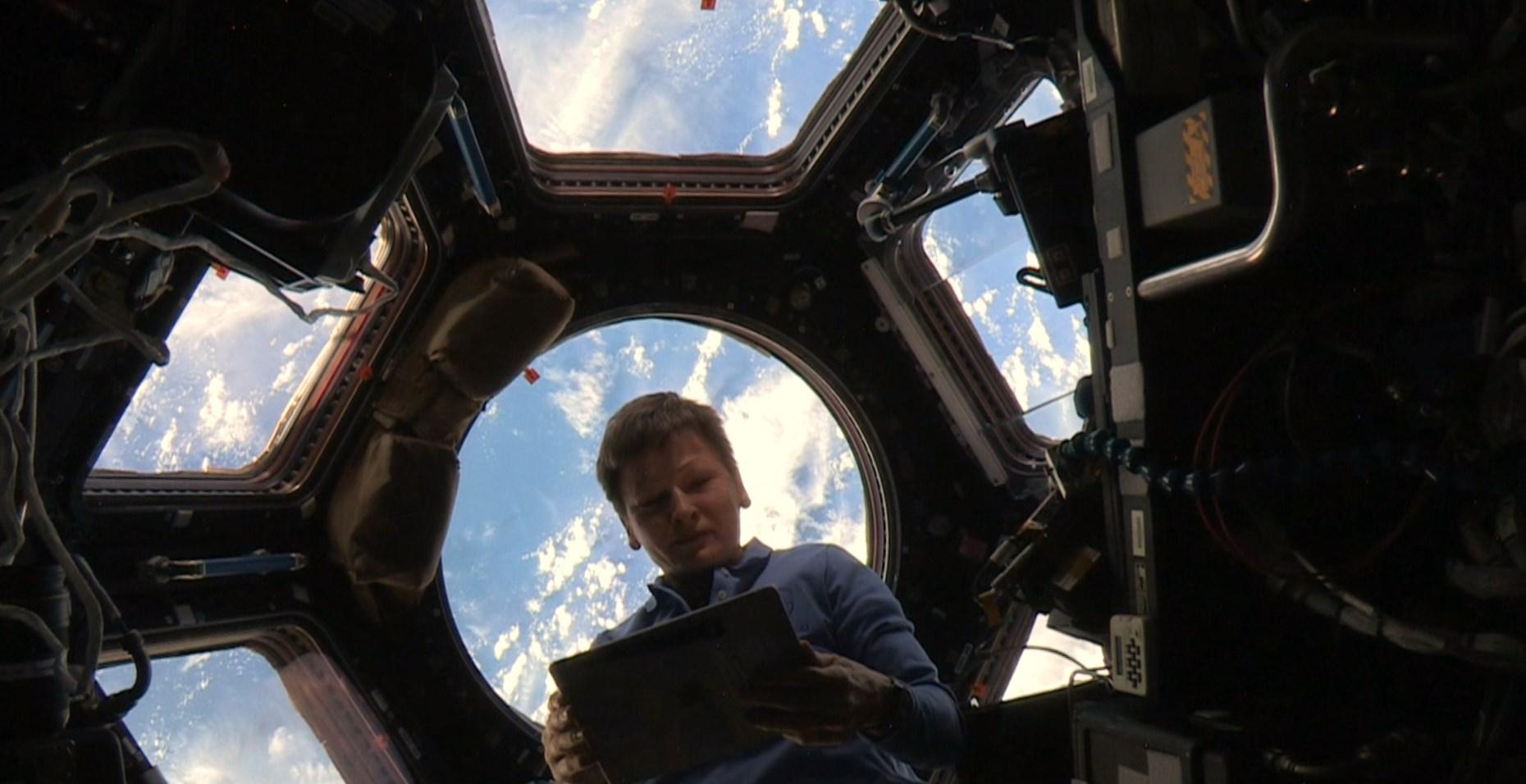 Astronaut Peggy Whitson returned from the International Space Station in September after a 288-day mission. Whitson has spent more time in space than any other American. While in orbit, the 57-year-old biochemist started writing a letter to her 9-year-old self. She finished it back home in Houston at NASA's Johnson Space Center for our series, "Note to Self."

I've learned a few things over the years that I would like to share with the younger version of myself.

You just watched on TV as Neil Armstrong and Buzz Aldrin took the first steps on the moon. Although at the time, it was an unbelievable moment in history, seeing it with your own eyes made it real and believable and achievable. It made you feel small, but filled you with excitement. That moment in time planted a seed of inspiration in you. Now, it's up to you to nourish that seed and grow it into more than just a dream.

Next year your dad will get his private pilot's license. You will get your very first ride in an airplane.  The exhilarating view of the cornfields from above will inspire you to fly as well.  However, it will take several years of raising and selling chickens to earn enough money to take your own flying lessons.  But just remember, learning to fly with that chicken money will be the first step toward a higher purpose. Because one day, you will become a real space explorer.

The year you graduate high school, NASA will select the first female astronauts. You will dream of exploration. Know that what you dream for might seem impossible, but you will be successful as long as you make your life decisions based on your own value system and not others. So ignore the naysayers, ignore the people who say you can't become an astronaut. Instead use it as motivation.

It will be 10 years of applying before ever becoming an astronaut. The rejections will be discouraging, but in your typical style you will just keep trying.  All those years of anticipation will be surpassed when the solid rocket boosters ignite and you will literally roar into space.

Seeing the Earth for the first time in orbit, you will be surprised that you never noticed the quality and texture of colors. High above Earth, you will remember what your parents taught you growing up on the farm: problems don't always have elegant or expensive solutions. Dad will teach you that number 2 wire and pliers plus a healthy attitude can fix almost anything.

Believe it or not, you will spend more time in space than any other American astronaut and earn the nickname Space Ninja. You will grow soy beans on orbit while your father will grow soy beans on Earth. You will have the opportunity to help build the engineering marvel that is the International Space Station. You will walk, in space 10 times! You will find that living in space can actually become a home, in spite of tools floating away. Alien to all you know, you will adapt and you will love it.

Know that even though it is incomprehensible to you, you will be a role model. I am still struggling with this one, so you need to step up a bit earlier than I have done. I would tell you not to underestimate your abilities, but since I know you I'll just say: challenge yourself. You will learn that you are so much more capable than you might imagine or even dream.

Sincerely,
The Older You

More from our series "Note to Self":