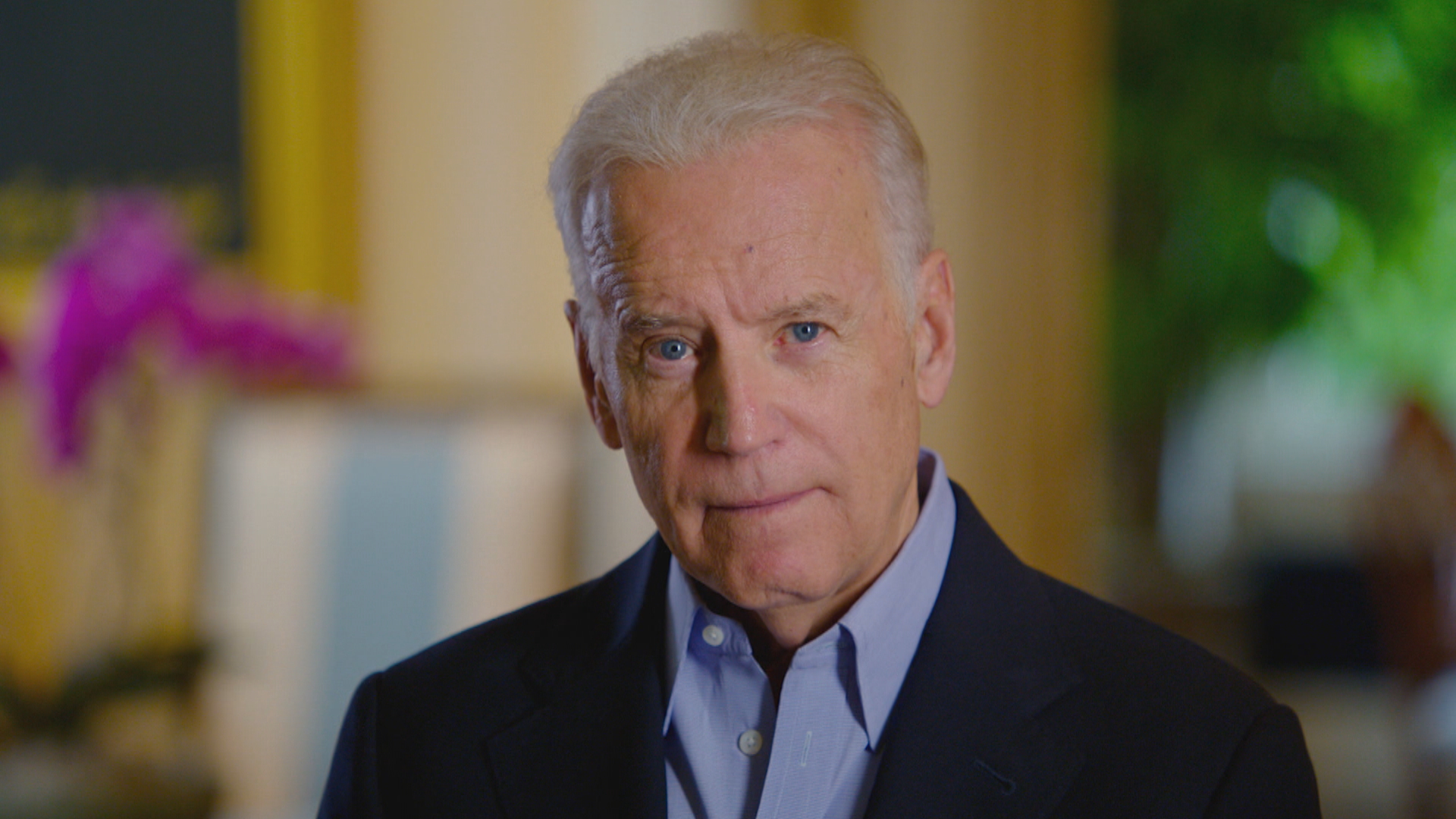 When Joe Biden was just 29, he became one of the youngest people ever elected to the U.S. Senate. He has remained a member of the federal government in the 44 years that followed. Now at age 73, the 47th vice president of the United States looks back on a remarkable career and life in this installment of the Emmy-nominated series, “Note to Self.”

You’re only 12. Your stutter is debilitating. It embarrasses you and the bullies are vicious.

But listen to mom when she says, “bravery resides in every heart and yours is fierce and clear.” Listen to dad when he says, “Joey, when you get knocked down, get up, get up.” Because if you listen, you’ll summon the bravery to overcome the stutter and you’ll learn to stand up to bullies.

You’ll learn from dad -- who moved the family to look for work -- that a job is about a lot more than a paycheck; it’s about your dignity, it’s about respect.

And that’s why you’ll follow your heart and serve your community, your state and your country.

An intolerance for the abuse of power will drive you to stand up for civil rights.

And because you listened, you’ll live a life fully consistent with what you were taught by mom and dad and your faith - that you should say what you mean and mean what you say.

Leading by the power of example will define you, and one day, you’ll find yourself forging a relationship with a Jesuit pope who embodies that universal truth.

But you’ll also learn early - and later in your life - that reality has a way of intruding.

One day you’ll be on top of the world, only to be brought down in a flash with a profound loss and a grief that leaves a black hole in your heart, questions of faith in your soul and an anger, anger beyond rage.

That’s when you’ll have to dig deep and live what mom taught you - that out of everything terrible that happens, something good will come if you look hard enough. You’ll hold on with faith and pure grit.

You’ll be blessed with a love that will anchor you as deeply as your faith. Your bond with your children and your grandchildren will be your redemption.

Because of a family grounded in unconditional love and loyalty, and the compassion of friends and strangers, you’ll get up, you’ll keep going and you’ll give back.

You’ll realize that countless people have suffered equally or more, but with much less support and much less reason to want to get back up.

But they do, they get up. They keep going.

And so must you.

You’ll learn what it means to be an American -- there is no quit in America. Being there for your family and your friends, serving your country, building real relationships - even with people with whom you vehemently disagree - that’s America, made up of ordinary people, like you, capable of doing extraordinary things.

And one day when you graduate from law school, you’ll decide to become a public defender. In the midst of the epic struggle for civil rights, you’ll be walking the streets on the east side of Wilmington, much of which has been burned to the ground, after your heroes were assassinated.

Forty years later, you’ll stand on a train platform of Wilmington overlooking the east side. Wilmington and the nation will no longer be in flames, but awaiting a new ripple of hope.

You’ll be waiting for a young black man -- inspired by the dream of a king -- coming from Philadelphia to pick you up, take you on a 124-mile trip to Washington to be sworn in as President and Vice President of the United States of America.

Together, you’ll prove that change is hard but necessary, progress is never easy but always possible and things do get better on our march toward a more perfect union.

That’s the history of the journey of America.

And believe it or not, because you listened to mom and dad, you’ll help write it.

“CBS This Morning” obtained the photos in the piece from the Delaware Historical Society.