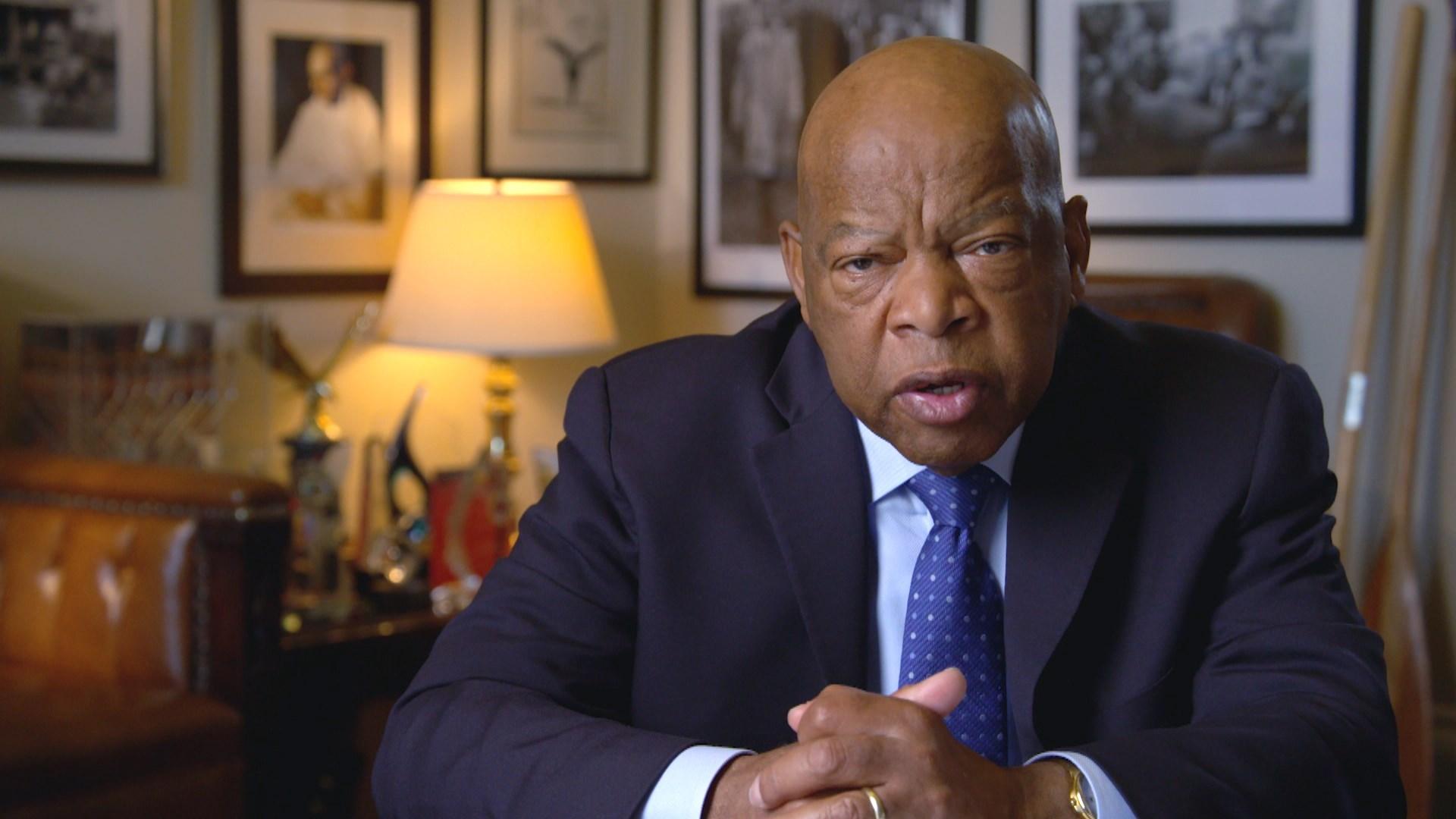 The violent protests in Charlottesville, Virginia, have prompted many Americans to question how we move forward as a nation. Civil rights icon Martin Luther King Jr. once said, "Hate cannot drive out hate. Only love can do that."

Congressman John Lewis is one American who embodies that message of unity. On Tuesday night, Lewis said the violence in Charlottesville troubles him a great deal. He encouraged people to "speak up, speak out" and "participate in the democratic process."

Decades before his service on Capitol Hill, he risked his life fighting for equal rights. Lewis reflects on his journey and his push to bring people together in our ongoing series, Note to Self.

Georgia Congressman John Lewis was born and raised on a cotton farm outside Troy, Alabama. He later became one of the most prominent leaders of the civil rights movement and was known as the godfather of the Smithsonian's National Museum of African American History and Culture, fighting 15 years for its creation.

In our ongoing series, "Note to Self," he tells his younger self – "so full of passion" – about the 45 times he'll be arrested in his "mission to help redeem the soul of America."

"In 1956, when you were only 16 years old, you and some of your brothers and sisters and first cousins went down to the public library trying to get library cards, trying to check out some books, and you were told by the librarian that the library is for whites only, and not for coloreds," Lewis recalls.

"I say to you now, when you see something that is not right, not fair, not just, you have a moral obligation to continue to speak up, to speak out," he says.

Lewis was so inspired by Dr. Martin Luther King Jr. and Rosa Parks that he got involved in the civil rights movement.

King wrote him back and invited Lewis to Montgomery, Alabama. Meanwhile, Lewis was admitted to a school in Nashville, Tennessee, where he would get involved in the sit-ins.

"You'd be sitting there in an orderly, peaceful, non-violent fashion and someone would come up and spit on you, or put a cigarette out in your hair or down your back, pour hot water, hot coffee, hot chocolate on you," Lewis says.

"You got arrested the first time, and you felt so free. You felt liberated. You felt like you had crossed over," he added.

"The Boy from Troy," as King called Lewis, would go on to become the embodiment of non-violence in America.

"Two years after you speak at the March on Washington, you will see the face of death leading the march for voting across the Edmund Pettus Bridge in Selma. You were beaten on that bridge. You were left bloody. You thought you were going to die. But you will make it. You will live to see your mother and father cast their first votes," Lewis says.

From a segregated nation, Lewis would go on to eventually see the country send an African-American president to the White House.

"Guess what, young John? By some divine providence, as if to send a message down through the ages, that man will be nominated on the 45th anniversary of the March on Washington," Lewis says. "And all of those signs that you saw as a little child that said, 'White Men,' 'Colored Men,' 'White Women,' 'Colored Women' – those signs are gone. And the only places you will see those signs today would be in a book, in a museum, or a video."

Lewis was sad when he was denied a library card as a teenager, but he would go on to be elected to Congress and write a book called "Walking with the Wind: A Memoir of the Movement." The same library that rejected him would invite him back for a book signing – and present him with a library card.

"I believe as Dr. King and A. Philip Randolph and others taught you, that we're one people and it doesn't matter whether we're black, or white, Latino, Asian-American or Native American. That maybe our foremothers and our forefathers all came here in different ships, but we're all in the same boat now," Lewis says.

"John, you understood the words of Dr. King when he said we must learn to live together as brothers and sisters, if not we will perish as fools," he says.

U.S. "most dangerous" place to give birth in developed world: USA Today