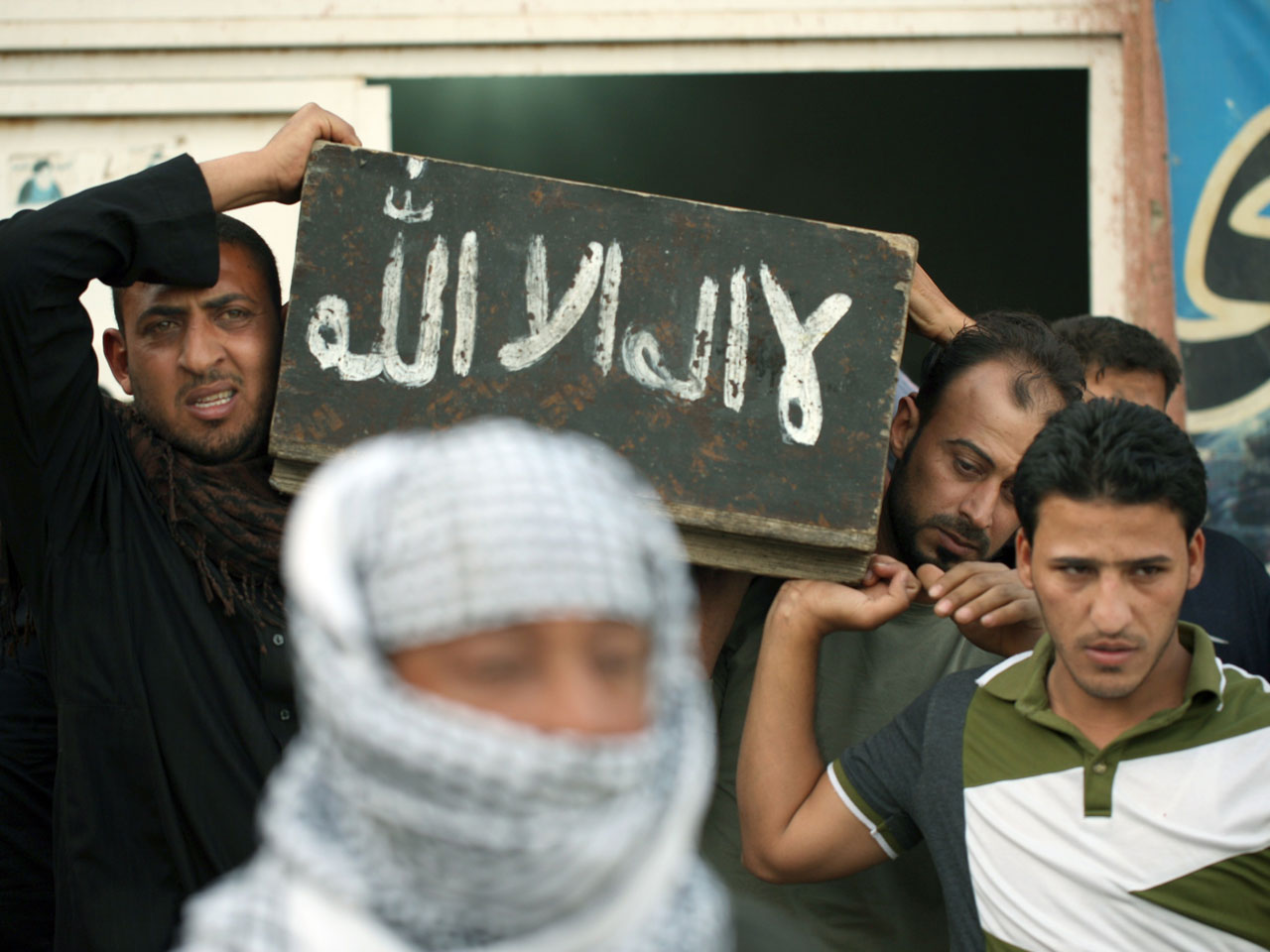 Fighters from the Islamic State of Iraq and the Levant (ISIS, also known as ISIL) took control a day earlier of much of Mosul, Iraq's second-largest city, in a major blow to the authority of the country's Shiite government. An estimated half a million residents fled the economically important city.

The Sunni militants also gained entry to the Turkish consulate in Mosul and held captive 48 people, including diplomats, police, consulate employees and three children, according to an official in the office of Turkish Prime Minister Recep Tayyip Erdogan.

Residents reached by telephone in Sunni-dominated Tikrit said the Sunni militant group had taken over several police stations. They spoke on condition of anonymity for fear of their safety.

Two Iraqi security officials confirmed Tikrit was under the control of the ISIS, and said the provincial governor was missing. The officials insisted their names not be used because they weren't authorized to release the information. Tikrit, the capital of Salahuddin province, is 80 miles north of Baghdad.

As night fell, several hundred gunmen were in Tikrit, with clashes still taking place between the insurgents and military units on its outskirts, said Mizhar Fleih, the deputy head of the municipal council of nearby Samarra.

The stunning assault by the al Qaeda splinter group, which started on Sunday night, saw black banner-waving insurgents raid government buildings, pushing out security forces and capturing military vehicles and helicopters as thousands fled for their lives from what is Iraq's second-largest city.

The fight for Mosul was a heavy defeat in Baghdad's battle against a widening insurgency by ISIS, which has been trying - with some success - to seize territory both in Iraq and neighboring Syria. The Iraqi military is already working to dislodge the ISIS from Fallujah, which they overran in January.

Mosul is the capital of Ninevah province. It and the neighboring Sunni-dominated province of Anbar share a long and porous border with Syria.

Prime Minister Nouri al-Maliki said the massive security failure in Sunni-dominated Ninevah province that allowed militants to seize Mosul was the result of a "conspiracy," and that those members of the security forces who fled rather than stand up to the militants should be punished.

He stopped short of assigning direct blame, however, choosing to focus instead on plans to fight back - without detailing the specifics.

"Today, the important thing is that we are working to solve the situation," a stern-faced al-Maliki said. "We are making preparations and we are regrouping the armed forces that are in charge of clearing Ninevah from those terrorists."

The ISIS advance on Tikrit represents a dangerous southward advance by the militants. Tikrit is roughly half-way between the capital city of Baghdad and Mosul.

The ISIS has carried out summary executions in the name of Islamic law and seized control of large swathes of territory in the country's north.

CBS News correspondent Holly Williams reports that even al Qaeda has condemned ISIS for its excessive violence, and severed ties with the group late last year.

The group's fighters come from across the Middle East and Asia, but also include hundreds of European Muslims lured into the fight by online propaganda and the call to jihad. A rival Islamic extremist militia fighting in Syria, al Nusra, maintains a direct link to al Qaeda. Al Nusra drew a young American man into the war recently who became the first U.S. national to die as a suicide bomber in the conflict.

The goal of ISIS is to establish an Islamic state straddling the border of Iraq and Syria, and the group now moves fighters freely across that border.

Williams says the stunning victory by ISIS in Mosul is more evidence that the chaos of Syria's civil war has helped breed a new generation of Islamic extremists bent on regional power.

Ninevah governor Atheel al-Nujaifi told reporters that "Mosul is capable of getting back on its feet and getting rid of all the outsiders," and said authorities planned to mobilize residents into popular militias that would play a role in retaking the city.

There were no immediate estimates on how many people were killed in the assault but the rampage sent an estimated 500,000 people fleeing from the city and surrounding areas, according to the International Organization for Migration.

Some simply crossed to the eastern bank of the Tigris River to avoid the worst of the fighting, while others made their way to the Ninevah countryside or sought refuge in the nearby semiautonomous Kurdish region.

Getting into that area has grown trickier, however, with migrants without family members already in the enclave needing to secure permission from Kurdish authorities, according to the IOM.

Iraqi Foreign Minister Hoshyar Zebari said the fall of the major northern city to insurgents must push the country's leaders to work together and deal with the "serious, mortal threat" facing Iraq.

Speaking on the sidelines of a diplomatic meeting in Athens, he said Iraqi troops and forces belonging to the Kurdish region's government could work together to push the insurgents out.

Officials in Damascus, meanwhile, condemned on Wednesday the militants' seizure of Mosul and said Syria was offering all the support it could to Iraq to fight their "mutual enemy."