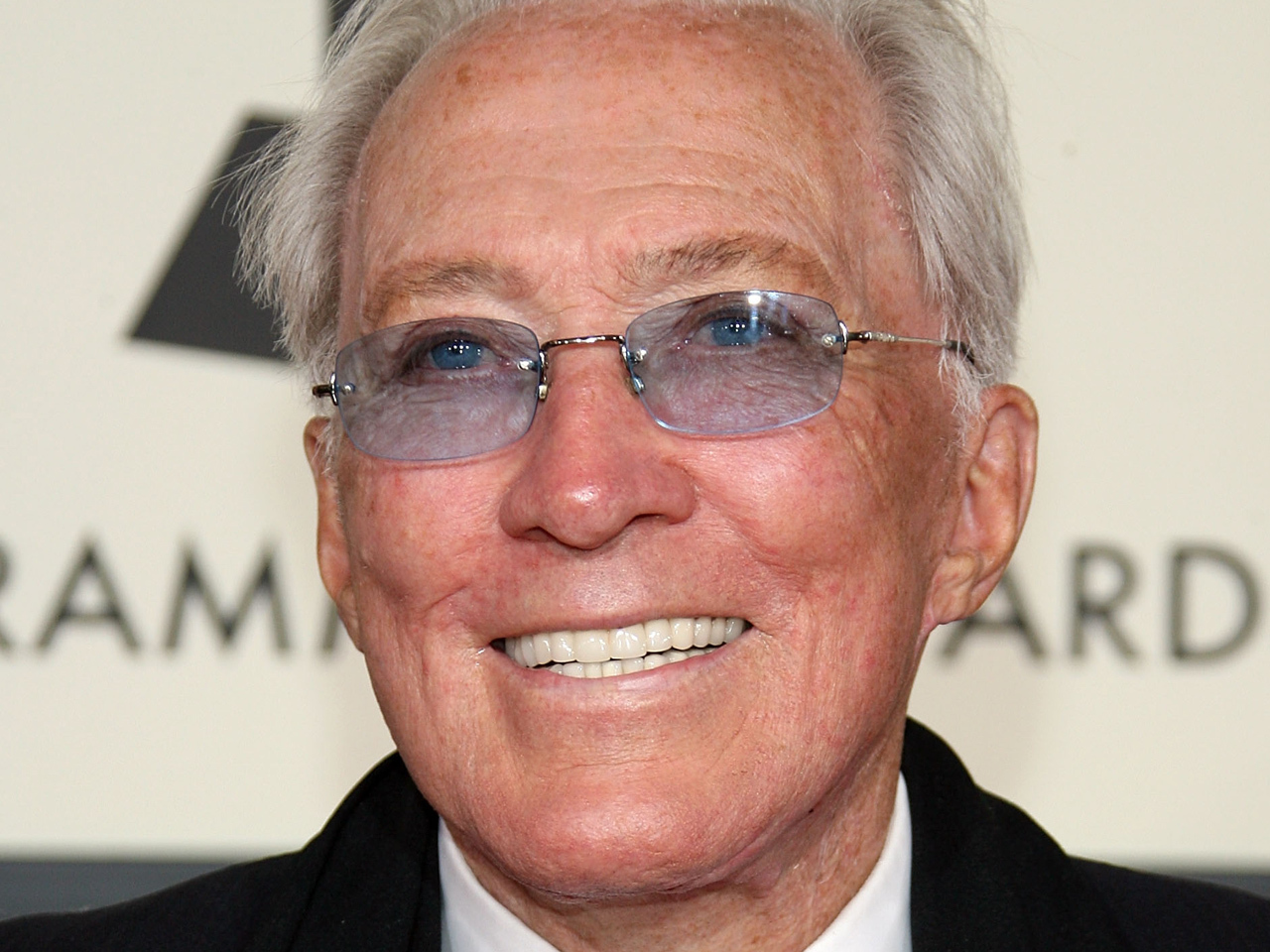 (CBS/AP) Singer Andy Williams, who died at age 84 on Tuesday after a yearlong battle with cancer, will forever be remembered through his music. Celebrities and friends of the "Moon River" singer are reflecting today on  his legacy.

Some have even taken to Twitter to mourn his death.

"Andy Wiliams' smooth voice and casual style turned the songs he sang into timeless classics and made him one of America's top pop singers. ... The entertainment industry has lost a giant piece of its living history today, but Williams' legacy will forever be enshrined in the annals of music and television,"  said Neil Portnow, president and CEO of the Recording Academy, the organization behind  the Grammys..

"We've lost a very special man today. He personified to me, for the country, a style of grace, dignity and class with everything he did,"  said  singer  Tony Orando.  "He had an ability to make everything seem balanced and perfect and, you know, we've lost a great American treasure."

"He was a wonderful person, " recalled Motown's Smokey Robinson.. "He befriended me when I was just a teenager starting out in show business, and we remained friends throughout the years. I regret that we didn't have the chance to spend more time together. He was one of the great voices and great people of our time."

Entertainer Marie Osmond said, "He gave me singing advice that I've applied to my entire career. He told me, `Don't take singing lessons. Do breathing exercises." He would tell me to practice swimming the length of a pool underwater to increase my lung capacity. Because of Andy, I'm able to do power songs like "World Goes Round" in our Las Vegas show."

"Andy was a dear friend of mine," said  actress and singer Doris Day, "and we've known each other since we were kids in Cincinnati. He and his brothers sang and of course, so did I, and often I would go over to their house and we would sing together. They asked me to join their group, but my vocal coach thought I should be out on my own and so that's what I did. Andy and I kept in touch over the years and just recently, even when he was so sick, he wrote to congratulate me on my new CD. He was such a sweet, thoughtful man, and I will miss him dearly."