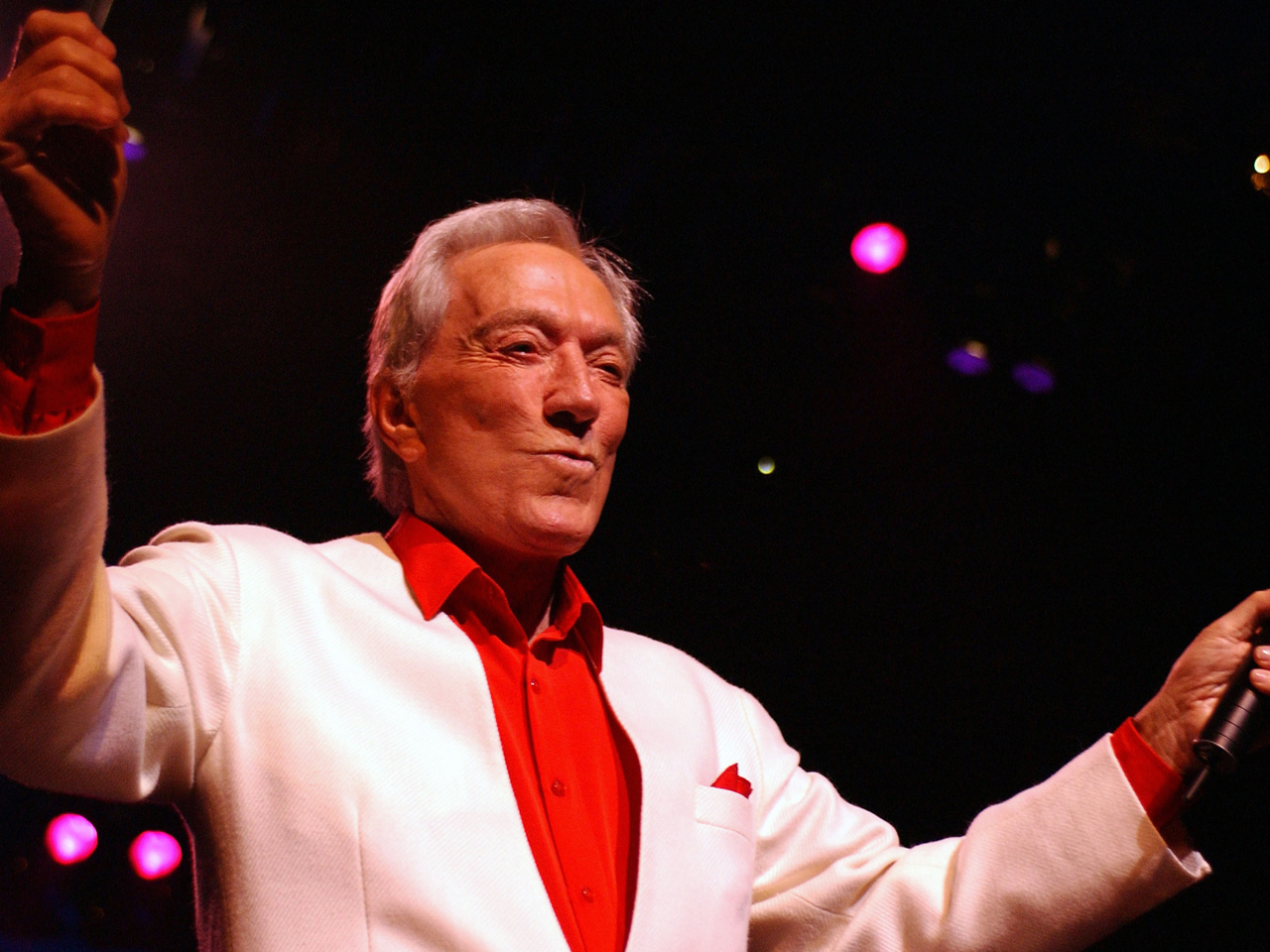 (CBS News) Singer Andy Williams died at his home in Branson, Mo., on Tuesday after a year-long battle with bladder cancer, according to his publicist Paul Shefrin. He was 84.

A best-selling singer in the1950s, Williams became a TV star in the '60s with his own weekly show and a series of holiday classics.

Born Dec. 3, 1927, in Wall Lake, Iowa, Williams started his music career at the age of eight as part of the Williams Brothers Quartet, featuring his three brothers: Bob, Dick and Don. The singing group was heard on the radio show, "Iowa's Barn Dance Show," in Des Moines, Iowa, before getting picked up by stations in Chicago and Cincinnati, Ohio. In 1944, the quartet recorded the hit "Swinging on a Star," which led to even more success, as the group began touring the country.

The brothers group disbanded in 1951, prompting Williams to move to New York in hopes of starting a solo career. While there, the Iowa native became a regular on Steve Allen's "Tonight Show." He soon landed a record deal with Candence Records and scored a top 10 hit with "Canadian Sunset." Many 1950s hits followed, including "Butterfly," "Lonely Street" and "The Hawaiian Wedding Song" for which he received the first of his five Grammy nominations.

Throughout the '50s, Williams made TV appearances, and by the early 1960s, he signed with Columbia Records and became a hit-making machine with the Oscar-winning song, "Moon River" from the film "Breakfast at Tiffany's," starring Audrey Hepburn.

Williams' TV career took off in 1962 with the start of "The Andy Williams Show," a weekly series on NBC. The show lasted nine years and would go on to win three Emmy Awards for best musical/variety series. It was around this time that Williams' annual holiday specials, featuring the Williams family, became classics.

He rolled out the $12 million Andy Williams Moon River Theater in Branson in 1992, where he performed for sold-out crowds through the years. A lover of live performing, Williams would play two concerts a night, six days a week for nine months of the year. In recent years, he cut back to just one gig a night.

Williams and his wife split their time between Branson and La Quinta, Calif. In 2007, he opened the Moon River Grill restaurant in Branson, featuring some his mother's favorite recipes.

Williams had no plans to slow down either. In 2001, he told The Associated Press, "I'll keep going until I get to the point where I can't get out on stage." Williams continued to perform even after his cancer diagnosis in 2011.

He received 18 gold and three platinum albums over his long career, and in 2009, the crooner published the autobiography, "Moon River and Me: A Memoir."

Williams is survived by his wife, Debbie, and his three children, Robert, Noelle and Christian.