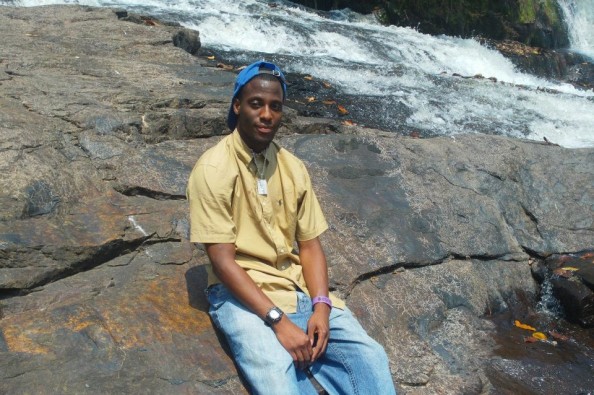 A young American man died Wednesday in Liberia, where an outbreak of the deadly Ebola virus has reached historic levels. But, his family said, it wasn't the disease that took his life.

Nathaniel Dennis from Columbia, Maryland died at Aspen Medical in Sinkor, Liberia after spending a week in a coma. His death followed a frantic battle by his family to evacuate the 24-year-old to better equipped medical facilities outside of Liberia, a task that proved impossible amid the region's Ebola outbreak even after he tested negative for the deadly disease.

"This could have been prevented and now an American citizen is gone," his older sister Natasha Dennis tweeted Wednesday, adding in a separate post, "My brother did NOT have Ebola but he was a victim of EBOLA HYSTERIA."

In an interview with CBS News, Natasha said she and her family still don't know why her brother fell ill. Their mother, a Liberian who left the country during its civil wars but later returned, found Nathaniel comatose in their home in Monrovia. Born in the U.S., Nathaniel had been visiting his mother with his siblings on a summer trip, but had decided to stay after he found a job at a local radio station. When his mother found him late last week, Natasha said, he was lying stiff with his eyes rolled back, still breathing. Objects in his room had been knocked over, leading his family to believe he had suffered seizures before falling into a coma.

With concerns about Ebola rising, Nathaniel was placed in quarantine at JFK Medical Center in Monrovia. After what his sister described as three critical days, he tested negative for the virus and was released from quarantine, but his condition had taken a turn for the worse. He needed equipment and expertise his family said were inaccessible at the hospital, like a ventilator and a dialysis machine.

According to his family, Dennis was born three months premature and required a shunt in his brain, and while it is not yet clear whether that contributed to his condition, his family wanted to get him to a qualified neurologist - care Natasha said they felt he couldn't get in a country still rebuilding from war.

He needed to get out of Liberia, but in the face of what the country's government has called the "deadly Ebola menace," nearly all of Liberia's borders were sealed. His family hired a medical evacuation provider to get him to a hospital in Ghana, but Natasha said they were soon informed this wouldn't be possible, because the Ghanaian government wouldn't allow him to land in the country.

"No one tried to help us because everyone was too afraid," Natasha said in an interview with CBS News. "When we travel, we have confidence as American citizens. This experience has taken that confidence away for me."

It was a tragedy of timing, said Amar Safdar at NYU Langone Medical Center's division of infectious diseases and immunology, where a young man had symptoms that might resemble an Ebola infection in the "epicenter of the outbreak." Sealed borders and quarantines, Safdar said, are necessary containment strategies during epidemics, that can have terrible unintended consequences.

On Thursday, U.S. health officials issued travel warnings to Guinea, Liberia and Sierra Leone, three countries where the outbreak has killed more than 700 people this year.

Back in the U.S. before Nathaniel's passing, Natasha continued fighting to get her brother help. She fired off tweets at U.S. politicians, media organizations and charities with the hashtag #BringBackNat. The Dennis family set up a fundraising page on the site GoFundMe in an attempt to secure his evacuation and provide him with the necessary treatment. They continue to raise money, even after his passing. As of Thursday, 186 people had donated over $11,000.

That money, Natasha said, will be used to bring Nathaniel's body back home to the U.S., where she hopes they will be able to find an answer to why he died so young.

Nathaniel was passionate about music, his faith and Liberia. "He was the most positive person I know. He was definitely, besides my mother, the closest person to God." Natasha said. "He could make friends with anyone."

She and her brother Norwood hope to also use funds to start a foundation to help Liberia.

What's behind the push for a fourth stimulus check
Alexander Trowbridge