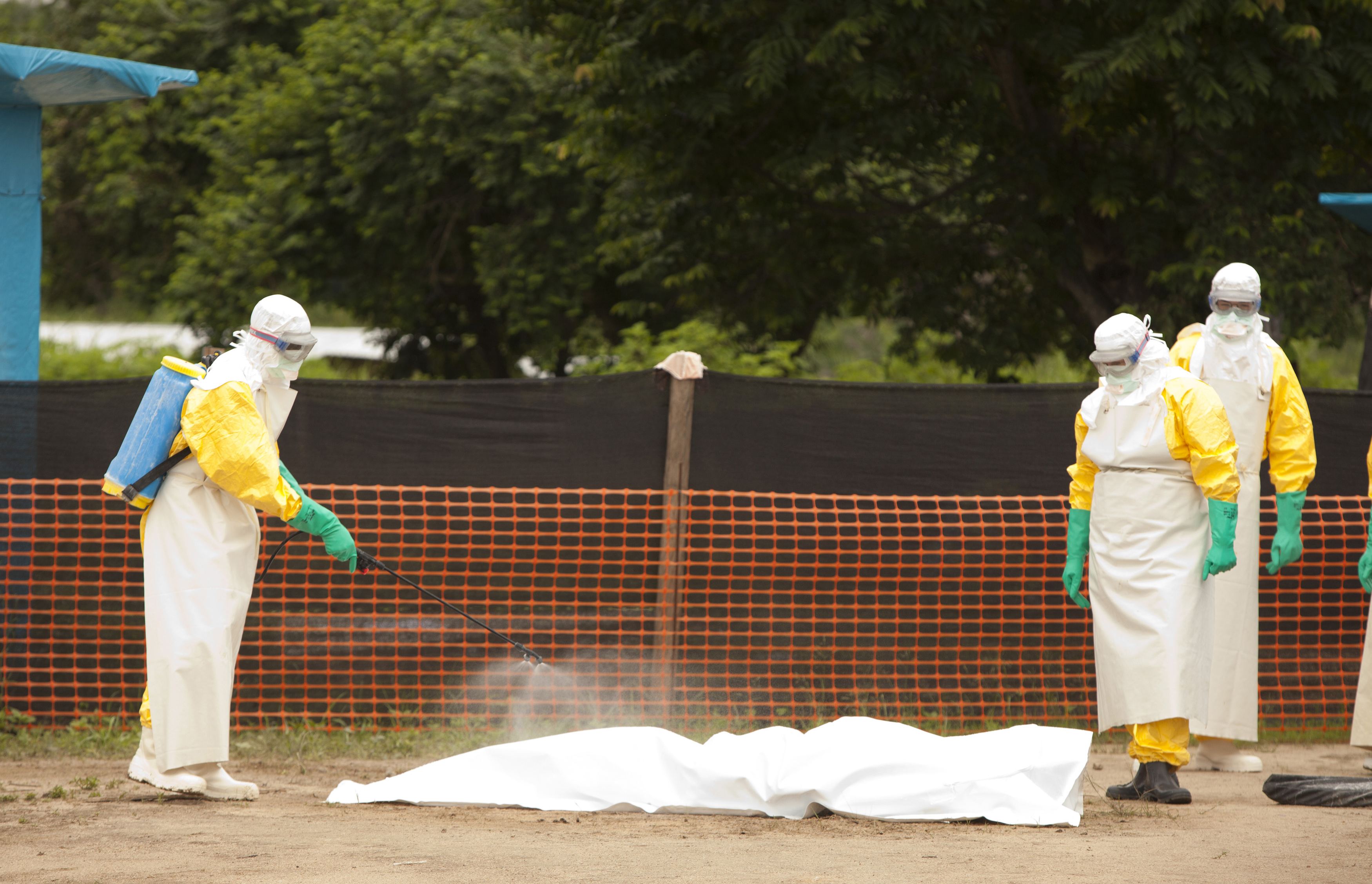 In Sierra Leone, President Ernest Bai Koroma vowed to quarantine sick patients at home and have authorities conduct house-to-house searches for others who may have been exposed as the country struggles with families resisting treatment at isolation centers. Some have kept loved ones at home given the high death rates at clinics where Ebola patients are quarantined.

His announcement late Wednesday came as neighboring Liberia also ramped up its efforts to slow the virulent disease's spread, shutting down schools and ordering most public servants to stay home from work.

"Our government has declared this now as a humanitarian crisis that is above the control of the national government," assistant minister of health Tolbert Nyenswah told CBS News.

Nyenswah appealed for more international aid, specifically medical staff experienced in treating the disease, which has no known cure or vaccine and even with good treatment, is rarely survivable.

The U.S. Peace Corps also was evacuating hundreds of its volunteers in the affected countries. Two Peace Corps workers are under isolation outside the U.S. after having contact with a person who later died of the Ebola virus, a State Department official said.

Ebola now has been blamed for 729 deaths in four West African countries this year, and has shown no signs of slowing down particularly in Liberia and Sierra Leone. On Thursday, the WHO announced 57 new deaths - 27 in Liberia, 20 in Guinea, nine in Sierra Leone and one in Nigeria.

Among the dead was the chief doctor treating Ebola in Sierra Leone, who was to be buried Thursday.

The government said Dr. Sheik Humarr Khan's death was "an irreparable loss of this son of the soil." The 39-year-old was a leading doctor on hemorrhagic fevers in a nation with very few medical resources.

One victim was American national Patrick Sawyer, who became violently ill during a flight to Nigeria after working in Liberia. His wife said he had planned to return to Minnesota in August.

"He got it from his sister," explained his wife Decontee Sawyer. She said Sawyer's sister died from Ebola weeks earlier "without them knowing that she had Ebola because it displays symptoms of other illnesses like malaria."

Ebola cases first emerged in the nation of Guinea back in March, and later spread across the borders to Liberia and Sierra Leone. The outbreak is now the largest recorded in world history, and has infected three African capitals with international airports. Officials are trying to step up screening of passengers, though an American man was able to fly from Liberia to Nigeria, where authorities say he died days later from Ebola.

Ebola has no vaccine and no specific treatment, with a fatality rate of about 60 percent in this particular outbreak. But experts say the risk of travelers contracting it is considered low because it requires direct contact with bodily fluids or secretions such as urine, blood, sweat or saliva. Ebola can't be spread like flu through casual contact or breathing in the same air.

Patients are contagious only once the disease has progressed to the point they show symptoms, according to the World Health Organization. The most vulnerable are health care workers and relatives who come in much closer contact with the sick.

In Liberia, authorities say 28 out of the 45 health workers who have contracted the disease so far have died. Two American health workers sick with the virus remain in isolation.