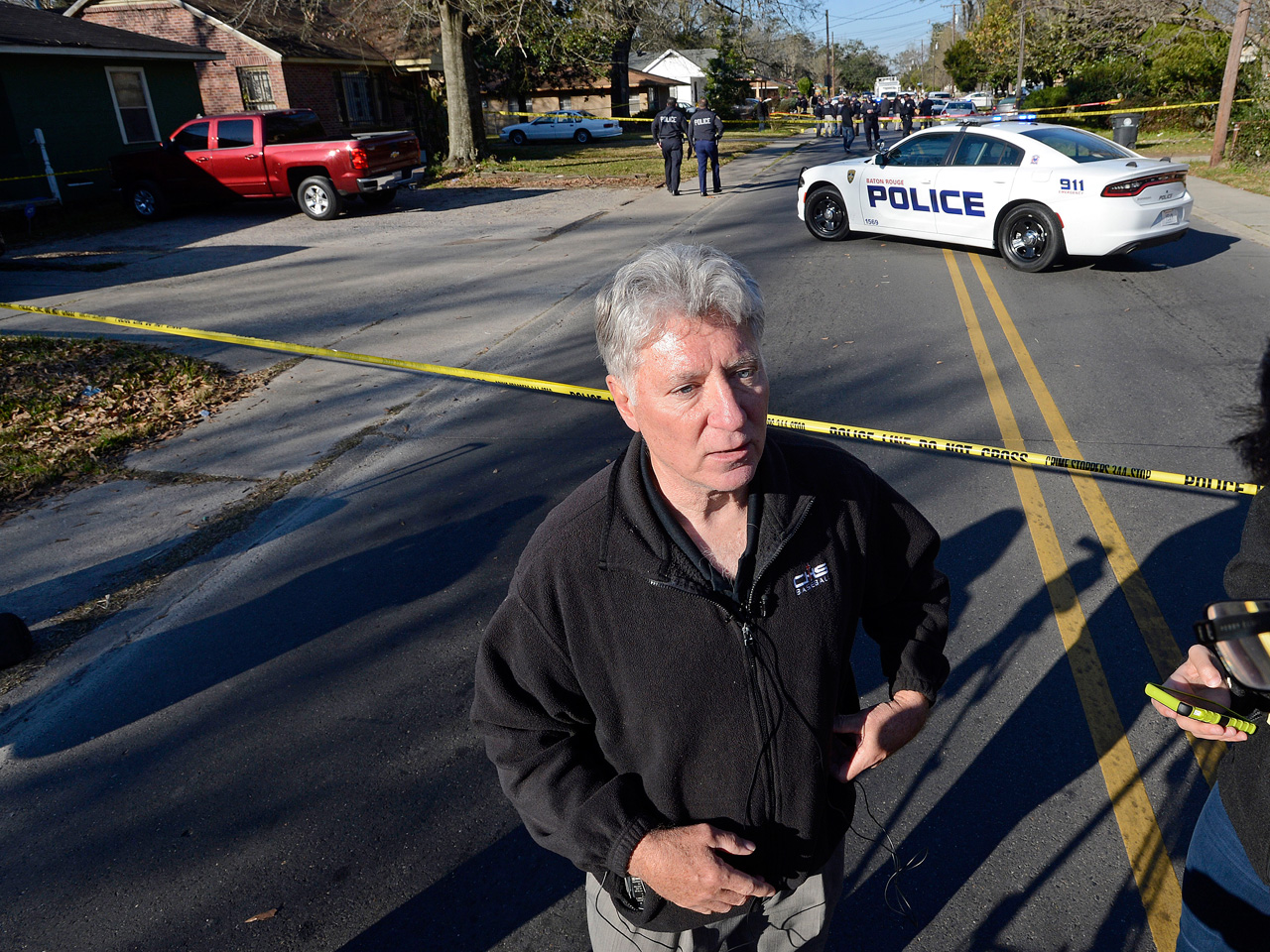 BATON ROUGE, La. - The district attorney in the case of Alton Sterling, the black man who was shot to death while pinned to the ground by two Baton Rouge police officers, announced Monday he is stepping down from the investigation.

East Baton Rouge District Attorney Hillar Moore said at a news conference he has known the parents of Blane Salamoni, one of the officers in case, for a long time, and therefore it could be inappropriate for him to be a part of the investigation into what happened.

Moore said Salamoni's parents are both high-ranking career police officers, and that he's worked with them often during his 42-year career.

Baton Rouge Police have identified the officers as as Salamoni, a four-year veteran, and three-year veteran Howie Lake II. They have been placed on administrative leave, which is standard department policy. The investigation has been turned over to the federal government.

On July 5, officers responded to a convenience store about 12:35 a.m. after an anonymous caller indicated a man selling music CDs and wearing a red shirt threatened him with a gun, Baton Rouge police have said. Two officers responded and had some type of altercation with the man in the parking lot, and one officer fatally shot the suspect.

The incident was captured on multiple cellphone videos, and has helped contributed to the growing protests against police violence, that also included the slaying of five police officers protecting a protest in Dallas.

In a statement, the U.S. Justice Department said the FBI's New Orleans Division, the Civil Rights Division and the U.S. Attorney's Office for the Middle District of Louisiana have opened a civil rights investigation into the 37-year-old's death. Louisiana State Police will assist, Gov. John Bel Edwards has said.

Quinyetta McMillon, the mother of Sterling's teenage son, trembled as she read a statement outside City Hall, where a few dozen protesters and community leaders had gathered. Her son, Cameron, 15, broke down in tears and was led away as his mother spoke.

She described Sterling as "a man who simply tried to earn a living to take care of his children."

In the video, which appears to be shot from inside a nearby parked car, one of two police officers outside the store can be seen tackling a man in a red shirt and wrestling him to the ground. Then the other officer helps him hold the man down.