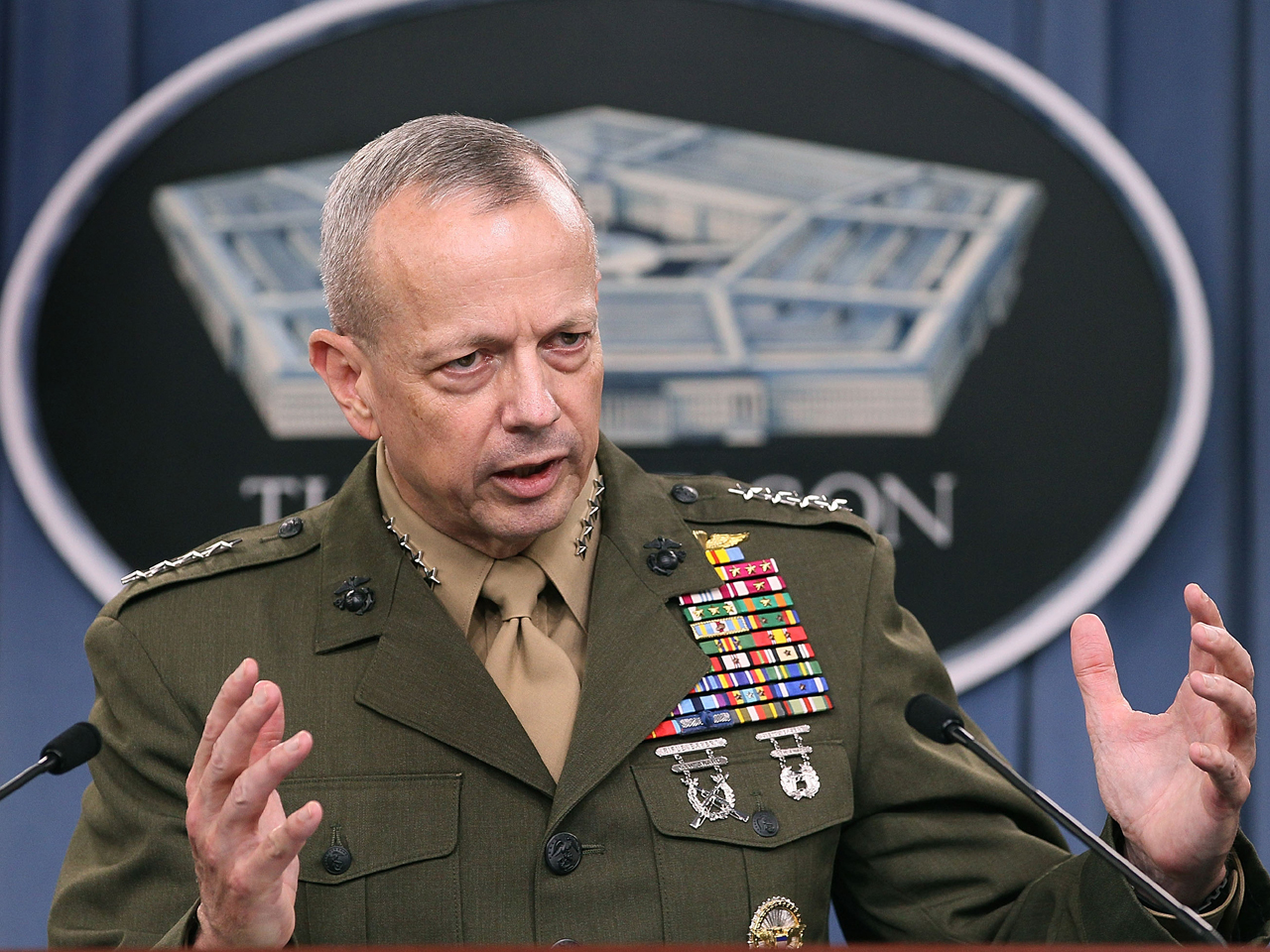 (CBS)WASHINGTON Defense chief Leon Panetta said Thursday that joint operations with U.S. and Afghan troops had resumed after restrictions put in place two weeks earlier amid a sharp rise in so-called "insider" attacks. But America's top commander in Afghanistan, Marine Gen. John Allen, tells Lara Logan the incidents will likely remain the "signature" challenge of the war, even after the U.S. withdrawal slated for 2014.

"I'm mad as hell about them, to be honest with you," Allen bluntly told Logan in an interview which will air in full on "60 Minutes" this Sunday.

"We're willing to sacrifice a lot for this campaign, but we're not willing to be murdered for it," the commander said, adding that the "vast majority of Afghans... they're with us in this."

Allen said that just as IEDs, or homemade bombs, became the signature weapon of the Iraq war and the U.S. military had to adapt to counter them, he believes that in Afghanistan, "the signature attack that we're beginning see is going to be the insider attack."

The commander would not say whether the sharp rise in insider attacks - which have killed 51 Western troops this year, most of them Americans - would force a change in the Obama administration's timetable to have all combat troops out of Afghanistan by 2014.

(Watch a preview of that interview in the video above.)