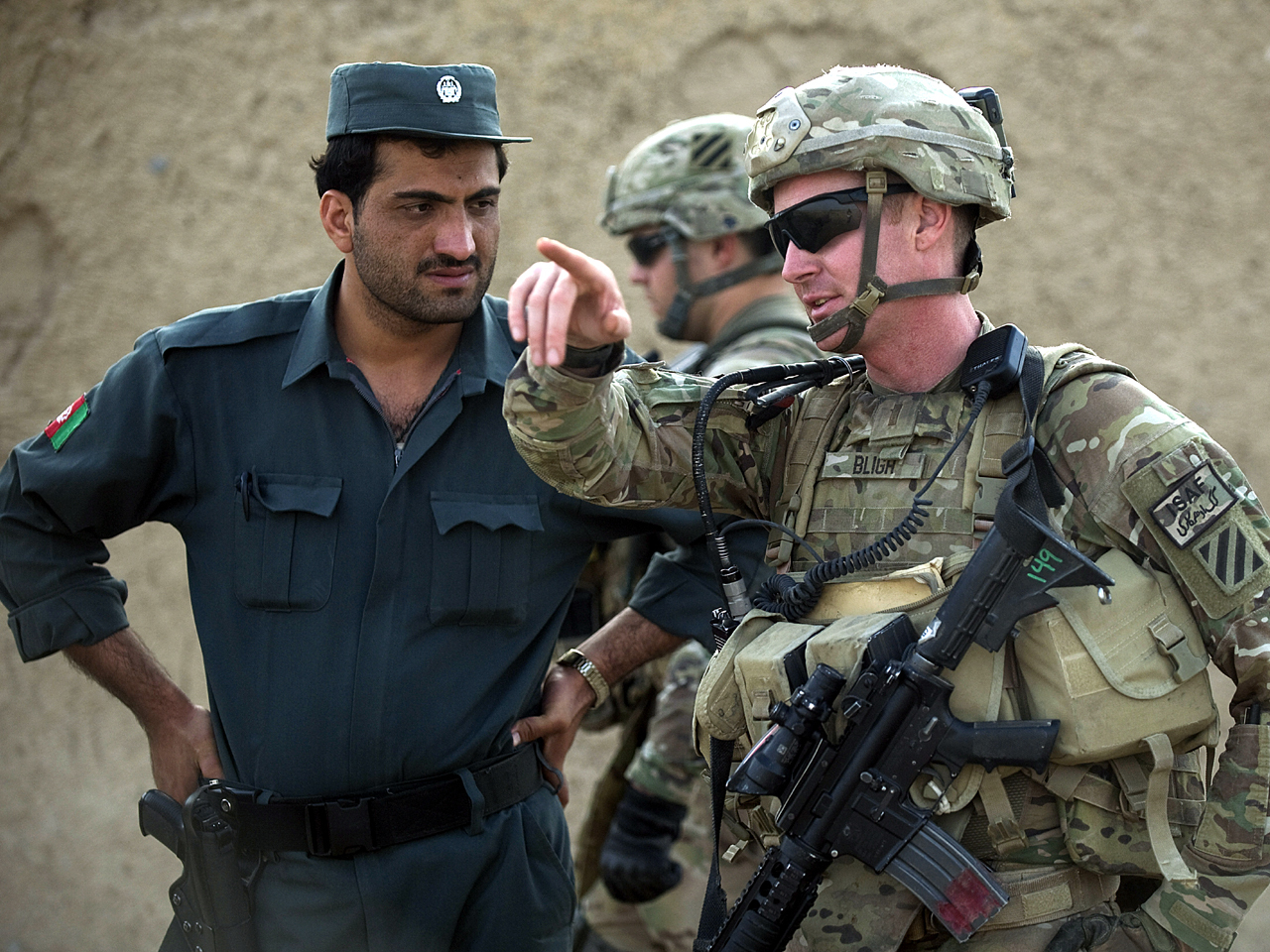 (CBS/AP) BRUSSELS - NATO's top official has played down the significance of the alliance's decision to scale back joint operations with the Afghan army and police after a string of insider attacks, saying NATO's strategy of handing over responsibility for the war to its Afghan allies remains unchanged.

Following the deaths this year of 51 international troops killed by Afghan forces or militants wearing Afghan uniforms, NATO has said that troops will no longer routinely carry out operations such as patrolling or manning outposts with their Afghan counterparts.

CBS News national security correspondent David Martin reports that NATO and Afghan troops will still work together in headquarters, in training and on special operations night raids, but most of the patrols where the two groups work side by side in the field has been suspended unless an exception is granted by a commanding general.

On Tuesday, NATO Secretary-General Anders Fogh Rasmussen said plans for a gradual transition to having Afghans responsible for security in the country by the end of 2014 would continue despite the suspension, which he described as "prudent and temporary."

"That process continues," Carney said. "It doesn't affect the timeline."

The so-called "green-on-blue" attacks by Afghan forces or militants in their uniforms has tested the trust between NATO troops and their Afghan allies.

The suspension of joint operations came amid a spate of bad news for NATO, after insurgents mounted a brazen attack on the sprawling and heavily guarded Camp Bastion base in Helmand province and destroyed or badly damage eight U.S. Marine attack jets. Meanwhile, a mistaken NATO airstrike killed eight village women and girls searching for firewood in eastern Laghman province, and eight South African civilian contractors died in a suicide bombing near Kabul airport.

Fogh Rasmussen sought to put a positive spin on the decision to suspend joint operations, saying it proved that Afghan forces "ware already capable of operating on their own."

"The measures taken to reduce the risks facing our troops .... won't change our overall strategy," he told reporters in Brussels.

Still, critics pointed out that insider attacks — which have continued despite efforts to vet all 352,000 members of Afghanistan's army and police forces — were undermining the entire international mission in Afghanistan.

In London, lawmakers criticized the suspension as potentially undermining the strategy of training local forces to provide security once U.S. and NATO forces leave Afghanistan at the end of 2014.

"It does appear to be a really significant change in the relationship between (coalition) and Afghan forces," said opposition Labour Party lawmaker Jim Murphy.

John Baron, a member of Britain's ruling Conservative Party, said the change "threatens to blow a hole in our stated exit strategy, which is heavily reliant on these joint operations continuing."

"This announcement adds to the uncertainty as to whether Afghan forces will have the ability to keep an undefeated Taliban at bay once NATO forces have left," Baron, a former army officer, told the House of Commons.

U.K. Defense Secretary Philip Hammond told lawmakers that the decision was a temporary response to elevated threat levels following the outrage in Muslim countries over an anti-Islam video produced in the United States.

Troops would "return to normal operations" as soon as the tension eased, Hammond insisted after being called to the House of Commons to explain the changes.

Labour legislator Paul Flynn, a staunch opponent of the Afghanistan war, was banned from the Commons for a day after he accused Hammond of misrepresenting the truth.

"Our brave soldier lions are being led by ministerial donkeys," Flynn said.