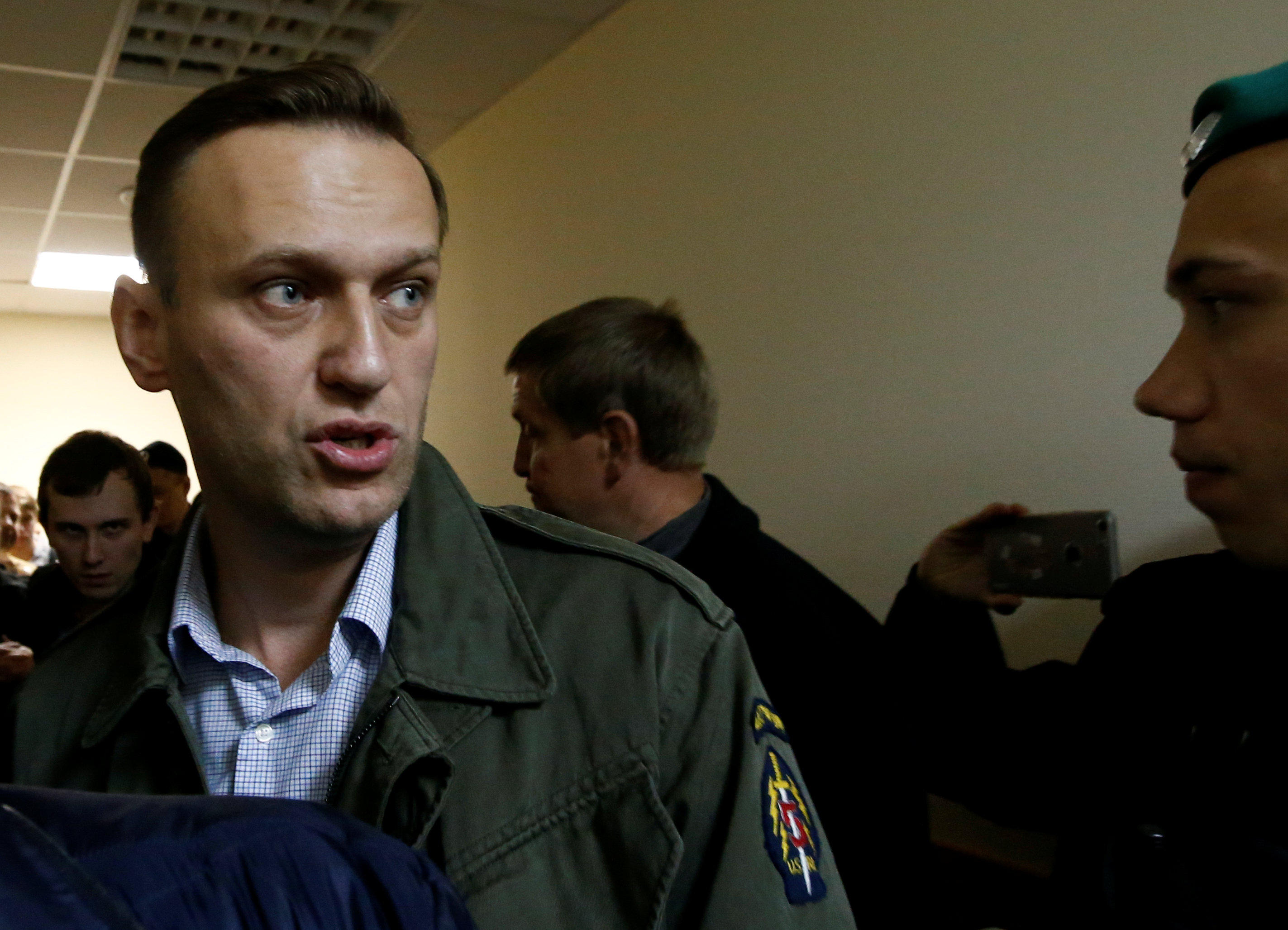 MOSCOW - Russia's highest court on Saturday upheld a decision barring opposition leader Alexei Navalny from running for president in March. The Supreme Court turned down Navalny's appeal against the Central Election Commission, ruling that the commission's decision to bar him from the race fully conforms to law.

President Vladimir Putin, whose approval ratings top 80 percent, is expected to easily win a fourth term in the March 18 election.

Navalny has campaigned for the presidency all year despite an implicit ban on his candidacy due to a fraud conviction seen by many as politically driven. Election officials formally barred him from the ballot Monday.

Navalny responded by calling for a boycott of the vote, and the Kremlin said authorities will look into whether such a call violates the law.

In a tweet Saturday, Navalny denounced the judge who made the ruling, saying that "such judges should face trial themselves." He also repeated his call for a voters' strike.

"We don't acknowledge elections without competition," he said.

Navalny's associates said they would appeal the ruling.

"It's obvious that this decision is political," said Ivan Zhdanov, who represented Navalny in court.

Navalny has been aggressively seeking votes all year, reaching out to the most remote parts of the country. He has not only taken on Putin head-on, but has also been been holding rallies -- many of them without official permits. The consequences: one arrest after another, 60 Minutes' Lesley Stahl reported earlier this month.

"During my campaign, I spent every fifth day in the jail. So now I'm kind of, you know, used to it. It's become a routine of my life," Navalny said.

Many others have declared their intention to run in March. They include veterans of past campaigns -- ultranationalist Vladimir Zhirinovsky and liberal Grigory Yavlinsky -- as well as communist nominee Pavel Grudinin and TV host Ksenia Sobchak.

While none poses a serious challenge to Putin, the Kremlin is worried about voter apathy and has focused on boosting turnout to make Putin's victory as impressive as possible.

The involvement of 36-year old Sobchak, the daughter of a late St. Petersburg mayor who was Putin's boss in the 1990s, could raise public interest in the race. While Sobchak has denied colluding with the Kremlin, her participation could draw some Navalny supporters to back her and help improve turnout.