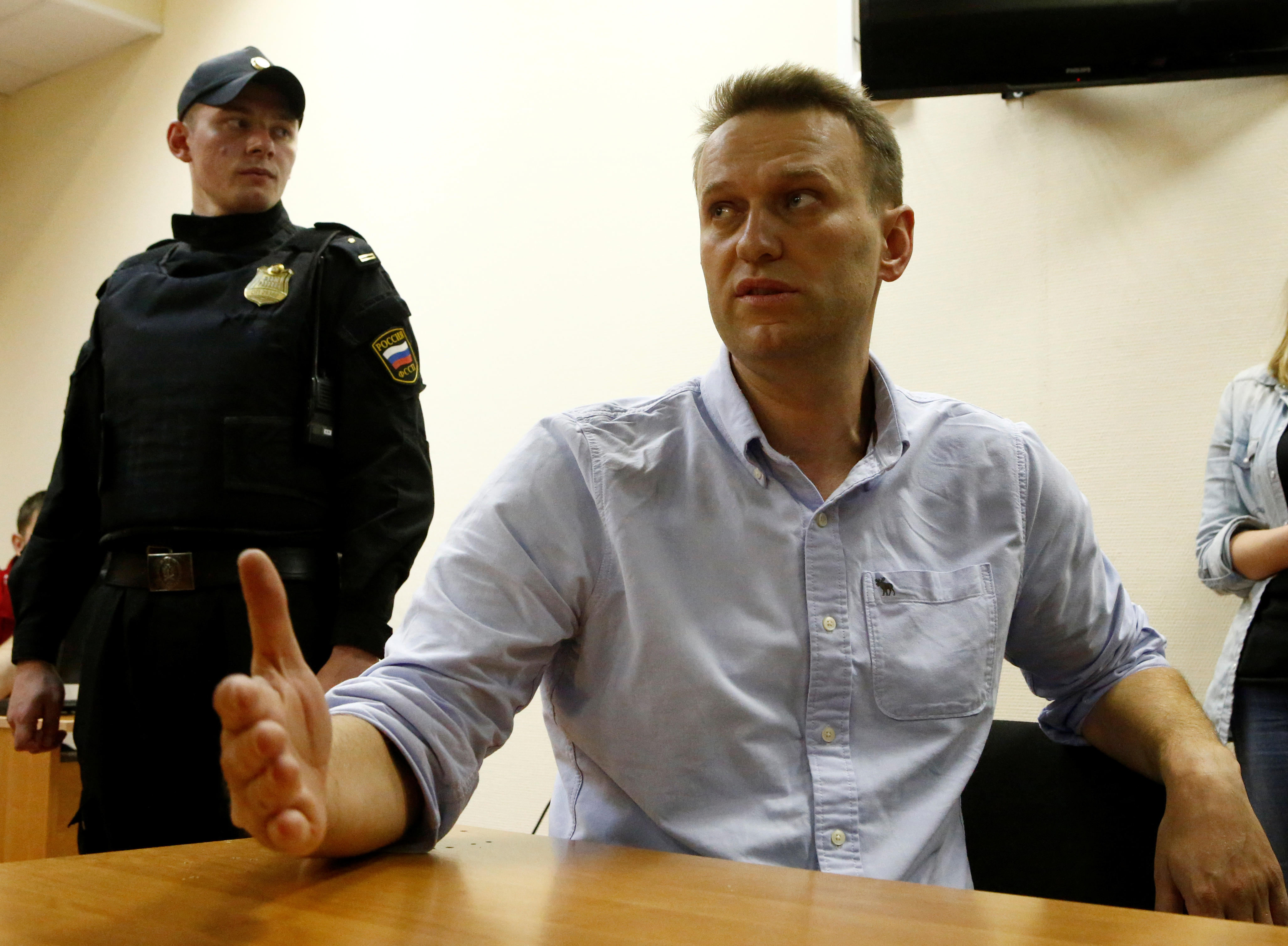 MOSCOW -- The Kremlin hinted Tuesday at possible legal repercussions for Russian opposition leader Alexei Navalny over his calls for a boycott of the March presidential election. President Vladimir Putin's spokesman, Dmitry Peskov, wouldn't comment on the Election Commission's decision to bar Navalny from running but said the "calls for boycott ought to be carefully studied to see if they are breaking the law."

As expected, Russia's top election body on Monday formally barred Navalny from a presidential run. Navalny, an anti-corruption campaigner and Putin's most prominent rival, promptly put out a video statement saying that the ban shows "Putin is terribly scared and is afraid of running against me." He called on supporters to stay away from the vote in protest.

Meanwhile, Putin's backers convened Tuesday afternoon to formally nominate him for presidency after he announced that he will run as an independent candidate.

Prominent lawmakers, film actors, musicians and athletes gathered at a Soviet-era exhibition hall to endorse him. Putin did not attend because of other engagements, Peskov said.

Putin, who has been in power for 18 years and is expected to easily win another six-year term, has so far refrained from campaigning.

Navalny, meanwhile, has been aggressively seeking votes all year, reaching out to the most remote parts of the country. He has not only taken on Putin head-on, but has also been been holding rallies -- many of them without official permits. The consequences: one arrest after another, 60 Minutes' Lesley Stahl reported earlier this month.

"During my campaign, I spent every fifth day in the jail. So now I'm kind of, you know, used to it. It's become a routine of my life," Navalny said.

Peskov rejected suggestions that Navalny's absence from the ballot could dent the legitimacy of Putin's possible re-election.

Russian law doesn't specifically prohibit someone from calling for an election boycott, but authorities last year blocked access to several websites that did so.

Navalny rose to prominence in 2009 with investigations into official corruption and became a protest leader when hundreds of thousands took to the streets across Russia in 2011 to protest electoral fraud.

A few years later, and after several short-term spells in jail, Navalny faced two separate sets of fraud charges, which were viewed as political retribution aimed at stopping him from running for office. In his only official campaign before his first conviction took effect, Navalny garnered 30 percent of the vote in the race for Moscow mayor in 2013.

The European Union said in a statement on Tuesday the decision to keep Navalny off the ballot "casts a serious doubt on political pluralism in Russia and the prospect of democratic elections next year."

The EU's spokeswoman for foreign affairs, Maja Kocijancic, pointed to a European Court of Human Rights ruling that Navalny was denied the right to a fair trial when he was convicted in 2013.