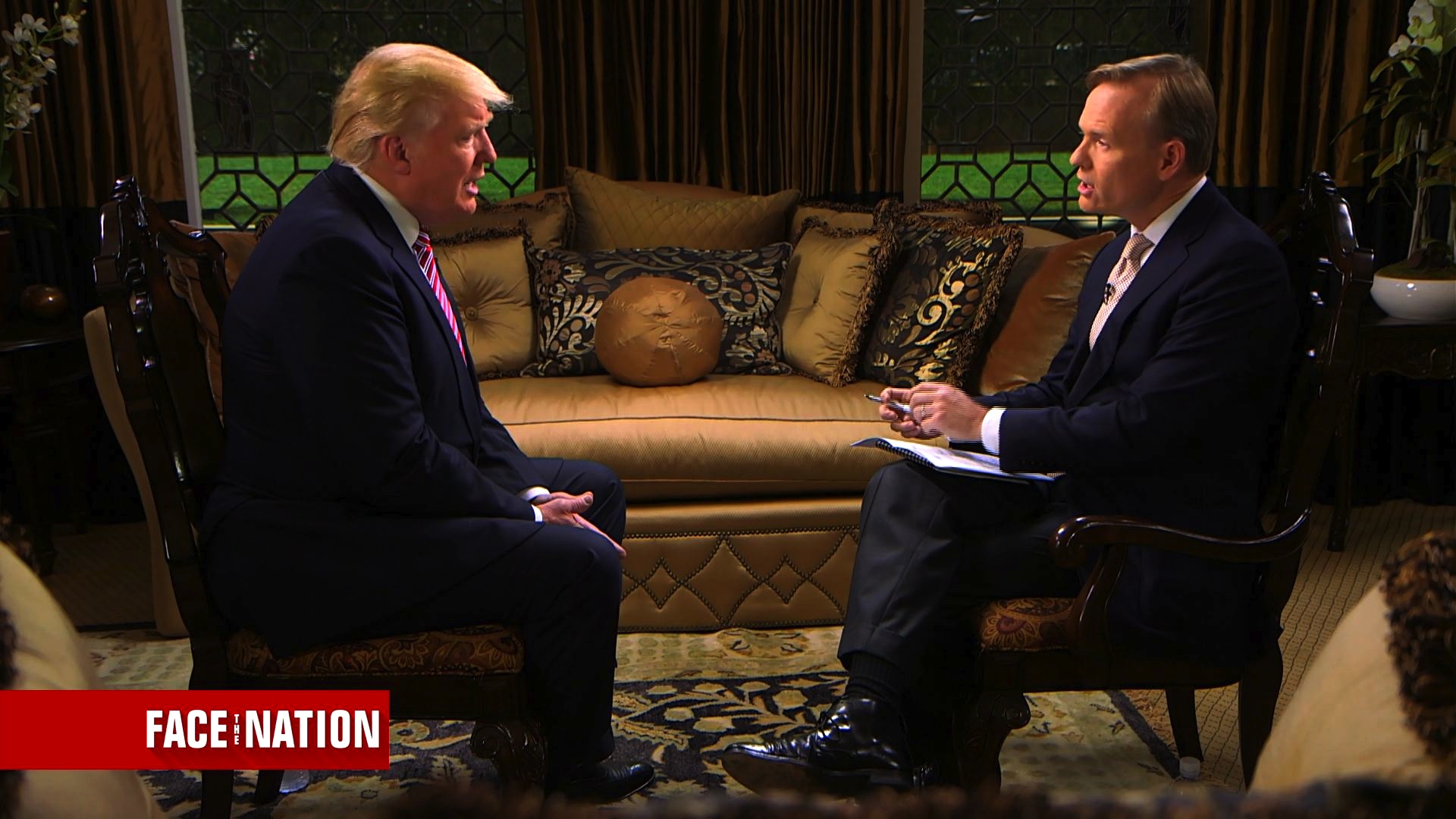 After Hillary Clinton delivered a scathing indictment of Donald Trump's approach to foreign policy on Thursday, the presumptive Republican nominee fired back Friday in an interview with "Face the Nation," saying the former secretary of state's criticism was "ridiculous."

"It was supposed to be foreign policy and it was really Trump policy," Trump said of Clinton's address. "And she got it all wrong."

"I mean first of all, you know, she talked about that I want to nuke all of these countries," Trump explained. "It's ridiculous. No, I want these countries to pay for protection. We are protecting them. We have $19 trillion in debt, it's very soon going to $21 trillion...And I want these countries to reimburse us at least for our cost. We're talking about ultimately trillions of dollars over a period of time. And we just can't be doing that anymore. This isn't 30 years ago and 40 years ago."

"I don't want to see Japan go nuclear," he added. "I want to see Japan help us out. I have great relationships with Japan. I have a lot of friends in Japan. And they even laugh at it. I mean, we're defending Japan, and a general got up and said, 'No, no, they pay for half the cost.' He thought that was a good thing. I said, 'Why aren't they paying for 100 percent of the cost?' ...Saudi Arabia, the same thing. They have nothing but money, and we subsidize Saudi Arabia. For what? What are we doing? Why are we doing that?"

Trump has repeatedly suggested that U.S. allies in Europe, Asia, and the Middle East must begin paying more in exchange for American help with defense. He's said he'd be okay with some of those countries acquiring nuclear weapons if they decide they'd rather defend themselves than pay for American help, upsetting some arms control advocates and national security experts who view America's global military presence - particularly along the Pacific Rim and among the Persian Gulf states - as a cornerstone of U.S. security policy.

Trump suggested he'd be prepared to walk away from America's current security arrangements with Japan and Saudi Arabia if those countries don't begin shouldering more of the financial burden. And he suggested the U.S. will never negotiate a better deal if its leaders aren't ready to walk.

"Face the Nation" moderator John Dickerson followed up, "But it is a fair characterization of your view to say, if you walk and they get nuclear weapons, you said, you know-that'd be okay?"

"I didn't say get nuclear," Trump replied. "Maybe they will, maybe they won't. But at a certain point, you know Japan will, if they're not going to pay us what it's going to cost...The fact is, they are paying a small fraction of what it's costing. So is Germany, so is Saudi Arabia, so is South Korea. We are losing a fortune. We're the policemen for the world. We're losing a fortune. What I say is this: You have to be prepared to walk. I don't think they'll let us walk, frankly, because they like it the way it is. But they have to pay."

Trump also expanded on his recent remark that he knows more about the Islamic State of Iraq and Syria (ISIS) than the generals in the U.S. military.

"Do you still feel like you know more about ISIS than the generals?" Dickerson asked.

"How so?" Dickerson asked.

Dickerson asked if those generals are currently serving, or whether they are retired, and Trump responded, "In one case in office, and in one case, out of office. And they said both of them said the same thing: if we had the leadership, meaning the go ahead, you could knock them out fast. But for some reason, Obama's not doing that."

For more of our interview with Trump, tune into "Face the Nation" tomorrow. Check your local listings for airtimes.