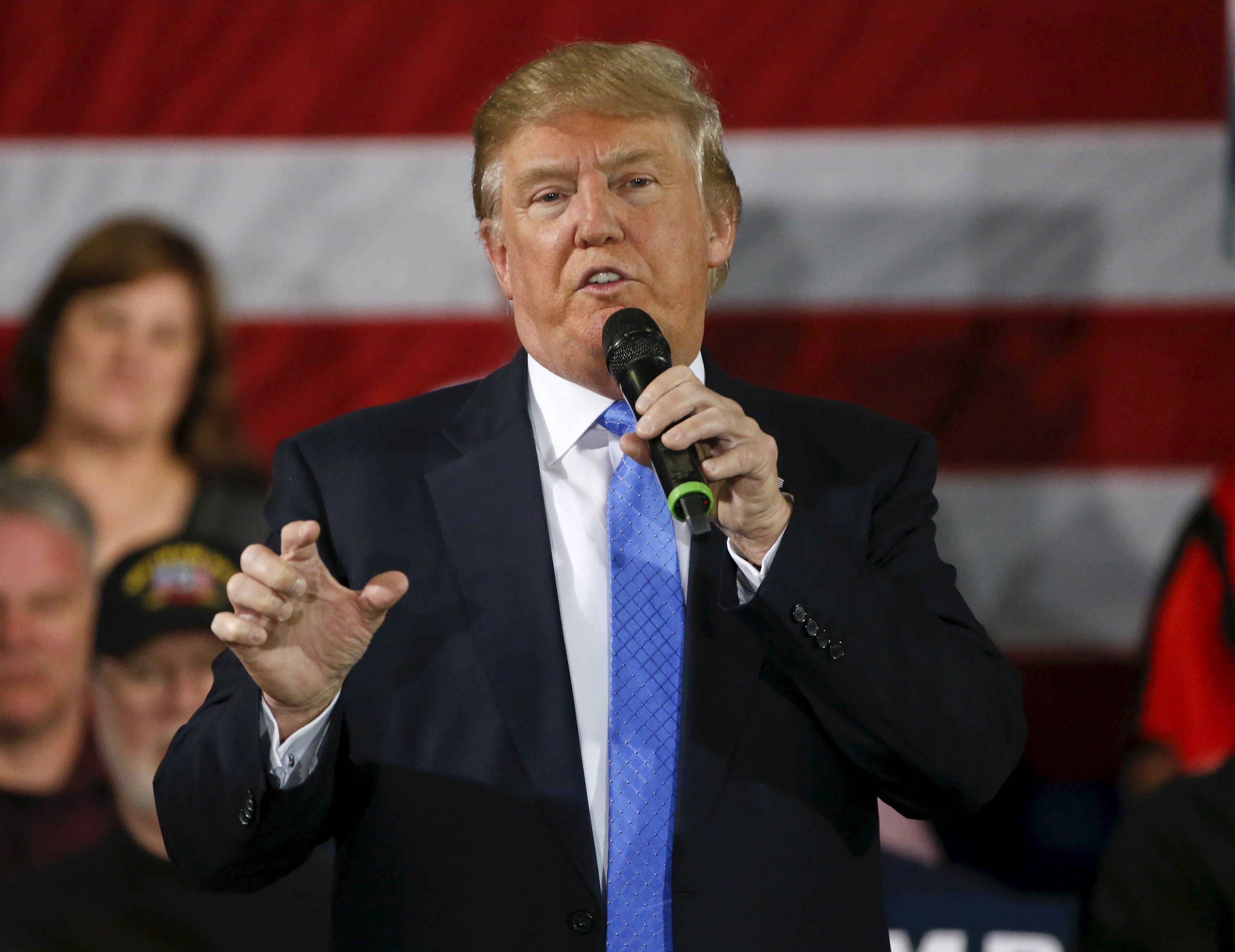 Republican presidential front-runner Donald Trump on Tuesday night defended his assertion that more countries, such as Japan, South Korea or even Saudi Arabia, may need to develop their own nuclear weapons.

Trump said that the United States spends too much money protecting countries like Japan and Saudi Arabia, but "we can't afford to do it anymore."

CNN moderator Anderson Cooper pointed out that it's been U.S. policy for decades to prevent Japan from getting a nuclear weapon. Trump responded, "Maybe it's going to have to be time to change, because so many people -- you have Pakistan has it, you have China has it. You have so many other countries are now having it."

Trump similarly suggested that Japan and South Korea should develop nuclear weaponry in an interview with the New York Times last week.

Following Trump's remarks to the Times, Japanese Chief Cabinet Secretary Yoshihide Suga told reporters that his nation remains steadfastly against owning, making or allowing nuclear weapons. He said this position will "remain an important basic policy of the government."

Trump said he's in favor of potentially seeing countries like Japan develop nuclear weapons because "it's going to happen anyway."

"It's only a question of time," he said. "They're going to start having them or we have to get rid of them entirely."