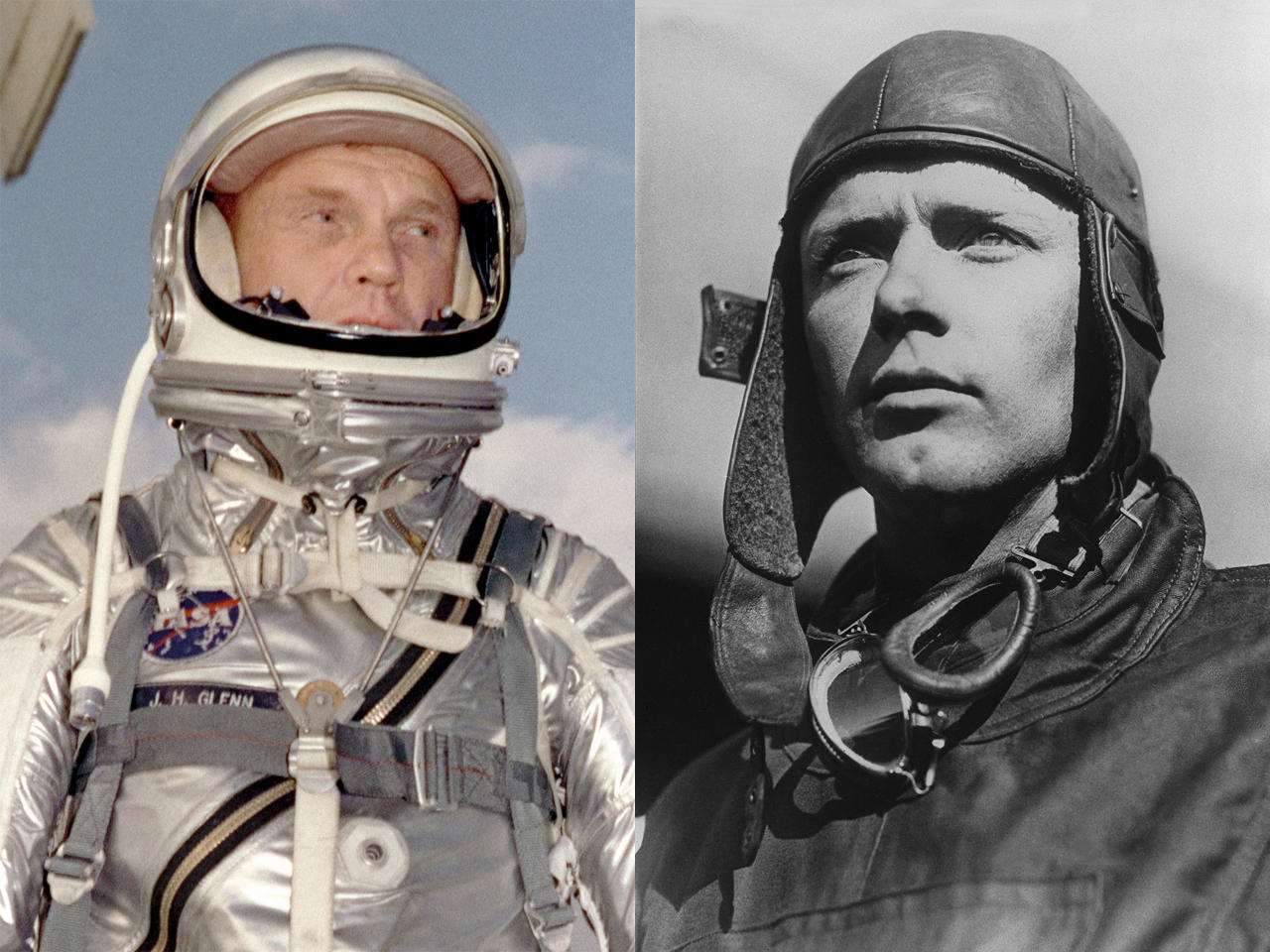 Our Bill Flanagan remembers the time he met an American Hero -- former astronaut and senator John Glenn, who died this past week at age 95:

I met John Glenn at a reception at the White House in May of 2012.  A woman came up to me and said she and her parents were fans of “Sunday Morning.” Would I mind saying hello to them? I said, ‘Sure, what are your folks’ names?”  She said, “John and Annie Glenn.”

I almost fell over. I’ve met a lot of famous people, but John Glenn was in a different league.

My first grade teacher rolled a big black-and-white TV into our classroom so we could all witness the launch of his 1962 orbit around the Earth -- and pray for his safe return.

I tried to think of something to say to him that wasn’t a cliché. I told myself, “Don’t bring up the Earth obit, don’t bring the presidential run, the return to space when he was a 77-year-old senator.”

As we were introduced, I pulled something out of the air.  I said, “Senator Glenn, did you ever meet Lindbergh?”

John Glenn’s answer amazed me: “Charles Lindbergh? I did some test piloting for him when he was an aviation executive. But I didn’t get to know him until we flew together in the Pacific in World War II.”

Now I was stunned.

Charles Lindbergh went from being the world’s most beloved man after crossing the Atlantic in 1927, to being hated during World War II.  Lindbergh had campaigned to keep the United States out of the war. By the time of Pearl Harbor, he was denounced as a Nazi sympathizer. He tried to get into combat to redeem his name, but no branch of the service would have him.

Finally, Lindbergh was so desperate to get into the fight that he flew himself to the middle of the Pacific War and volunteered as a civilian advisor. He went into aerial combat 50 times.

He devised a way to deliver payloads of bombs to the Japanese mainland and get the planes back to base without running out of fuel -- and all of this was done in secret.

But nowhere in any book on either man that I can find is there any mention that one of the hotshot fighter pilots sent up to guard Lindbergh’s flank was a young ace named John Glenn. The most famous aviator of the 1920s and the most famous astronaut of the 1960s flew into combat together in the 1940s -- when Lindbergh’s glory was years behind him, and Glenn’s was years in the future.

Not long after that meeting at the White House, I visited the National Air and Space Museum. In the same room are two great physical icons: Charles Lindbergh’s Spirit of St. Louis, and John Glenn’s Mercury space capsule.

Most fame is fleeting. Only a few men grow larger with the passage of time. Heroes are always exceptions.

There was only one John Glenn.