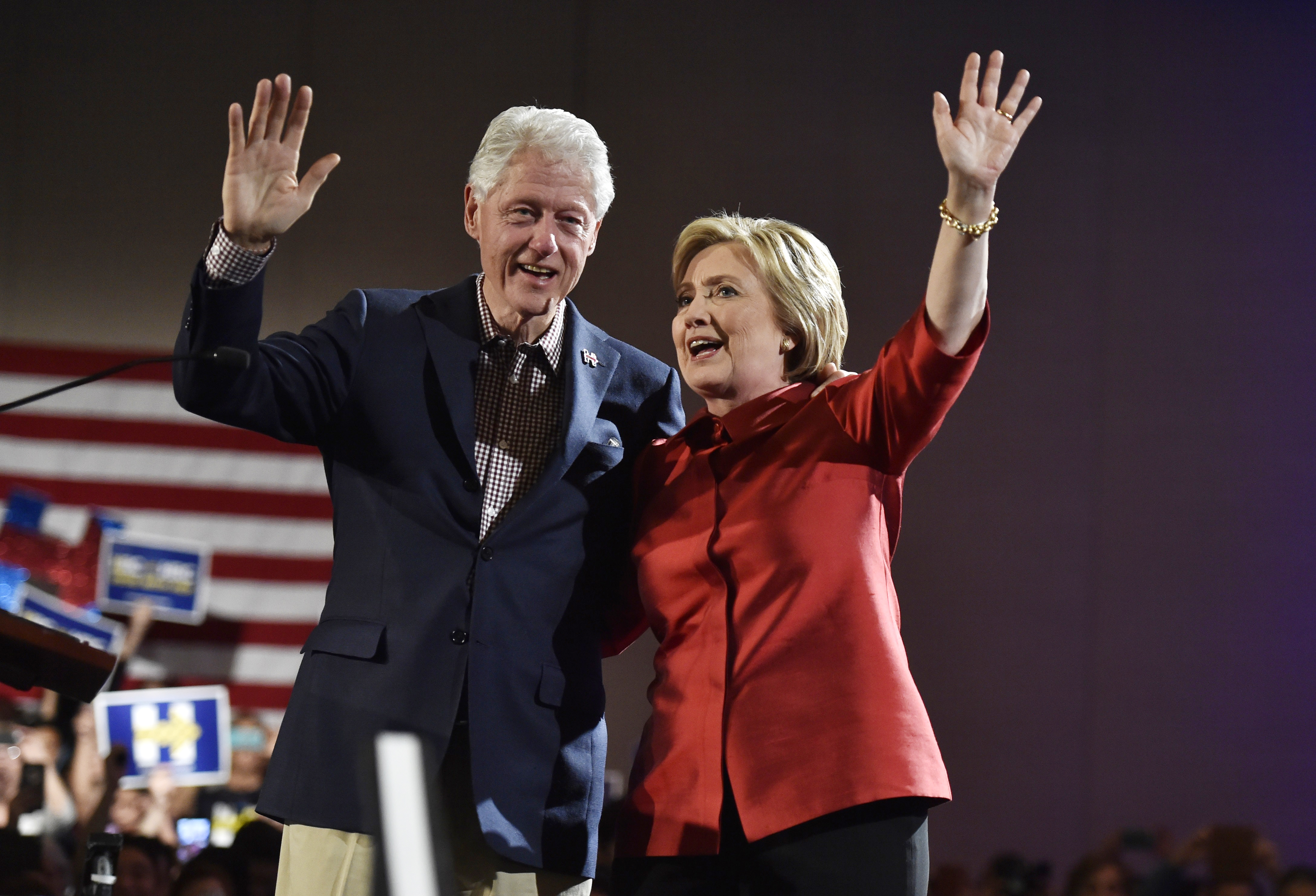 As Bill Clinton navigated his way around table corners and selfie-snapping voters at a café in New Mexico this week, he ran into a reporter who asked a question being pondered by pundits: How can Hillary Clinton boost her general election poll numbers against Donald Trump -- who already appears to have narrowed the gap between them?

"Oh, it'll be fine. Go back and look at where mine were in 1992," he said with a grin. "First things first. You've got to finish the primary season."

At around this time in 1992, with the "primary season" effectively over, three candidates remained in the race for the White House: President George H.W. Bush, Arkansas Governor Bill Clinton, and Texas billionaire Ross Perot of the Reform party, who would drop out in July only to return to the race in October of that year.

A series of polls in late spring showed Bill Clinton would have trailed his opponents in a three-way general election match-up. By early June, Gallup had Clinton at 25 percent, behind Perot at 39 and Bush at 31. Less than two weeks later, a CBS/NYT poll showed similar figures: Bush at 32 percent, Perot at 30 percent, and Clinton at 24.

This week, two polls show Hillary is neck and neck in a general election match-up with Donald Trump: one in which she is trailing her Republican opponent and one where she runs about even with him. Both are within the polls' margins of error.

While it is true neither Bill nor Hillary Clinton had especially strong performances in their respective groups of polls, the figures are not fit for comparison, Democratic pollster Mark Mellman said. He believes there are a number of factors that separate the two scenarios, beyond the fact that in 1992 there were three candidates from three parties fighting for the presidency.

"Right now we have Hillary running for a third [Democratic] party term which is a problem for her. But while Bill Clinton benefited, she's damaged by that." Bill Clinton was the one running against party incumbency in 1992, facing George H. W. Bush.

Of Bush, Mellman said, "it was the first time since World War II anybody had even been elected to a third party term, and a fourth party term [for Republicans] would have been very hard, especially in a bad economy."

In addition to historic and economic perspectives, popularity and favorability play a role as well.

Jennifer De Pinto of the CBS News Elections and Survey Unit points to the fact that voters were not too familiar with the governor from Arkansas, whereas Hillary has now been in the national political spotlight for more than two decades.

"Bill Clinton was far less known to voters at this point in 1992 compared to either Hillary Clinton or Donald Trump," De Pinto said. "In June 1992, just after the primaries ended, 44 percent of registered voters nationwide were undecided or didn't know enough about Bill Clinton to have an opinion." The percentages of voters who felt they were undecided or just didn't know enough about Trump and Clinton are considerably lower -- 19 percent for Trump and 16 percent for Clinton in the most recent CBS/NYT poll, published just over a week ago.

"So, from a polling point of view it's not a very apt comparison," Mellman said. "On the other hand, saying these polls don't mean that much is right on target."

Historically, he said, general match-up polls this far away from election day do not provide a predictable comparison, which was probably Bill Clinton's real point at that café in New Mexico.

Most importantly, Mellman argued, "You have a situation now where a candidate has clinched the nomination. You see the party rallying around a candidate."

"The point is that these [early] polls just are not very informative about who's going to win in November."