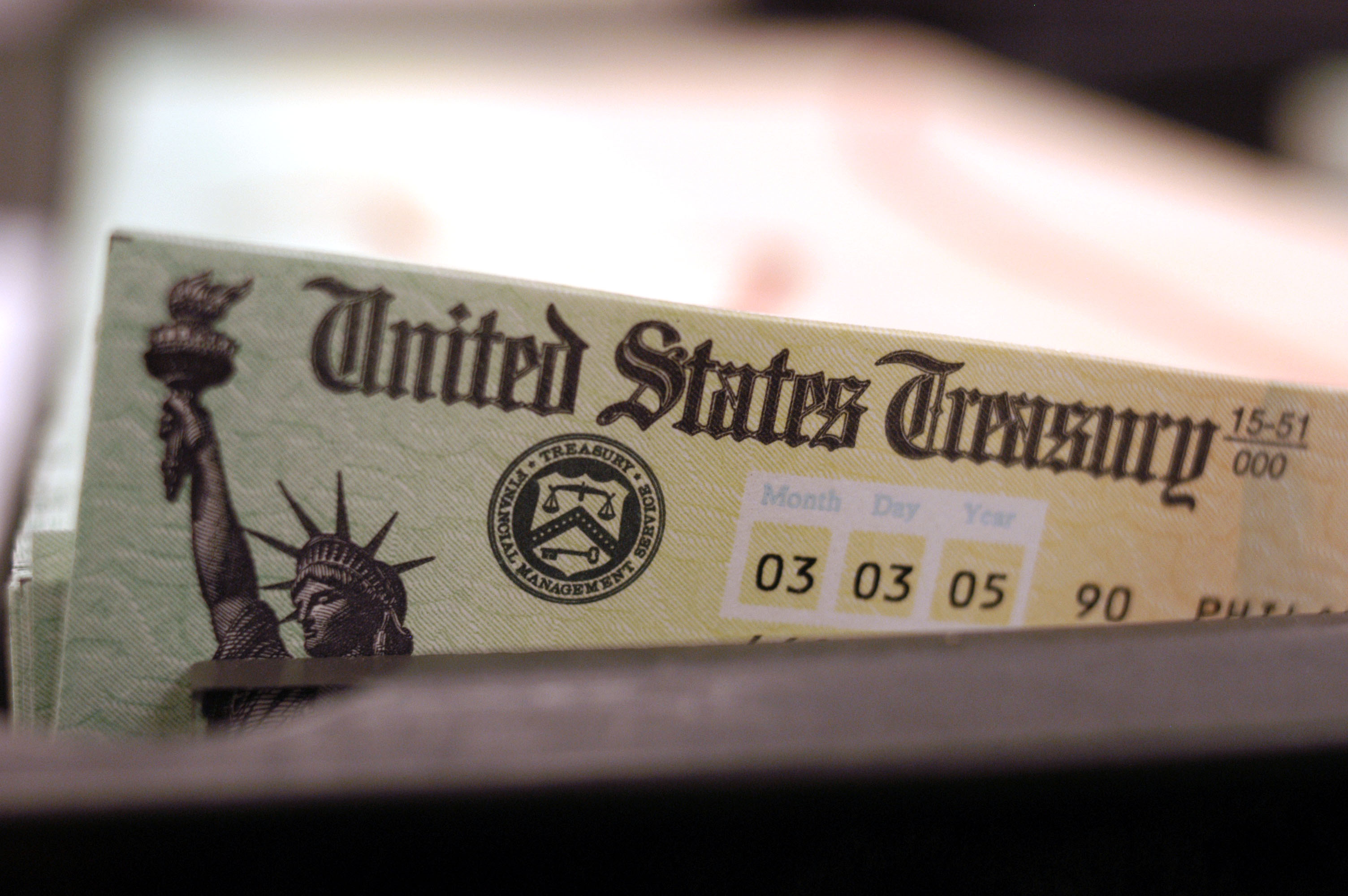 The debt ceiling is back, and it could be around for awhile. Secretary of the Treasury Jack Lew sent a letter last week to Congress telling them to raise the debt ceiling or risk defaulting on the government's loans. The Treasury Department must now, he said, resort to "extraordinary measures," like suspending the issuance of new debt, to preserve the full faith and credit of the U.S., and stopping payments to some federal trust funds.

Brookings fiscal and monetary policy expert David Wessel says that technically, "we've already breached the debt ceiling." He explained, "[T]he debt ceiling had been suspended and it has now been returned."

In the last showdown between the president and Congress over the debt ceiling, in February 2014, Congress suspended of the statutory debt limit, or, as the Washington Post put it then, "In effect, that means there is no debt limit for a year."

That treatment of the debt limit just expired over the weekend, and Monday, it was "reinstated a level near $18.15 trillion," according to the Bipartisan Policy Center. Senate Majority Leader Mitch McConnell, R-Kentucky, promised "no government shutdowns and no defaults on the national debt," which he reiterated last week on CBS News' "Face the Nation," but he added, "[H]opefully, it [the debt ceiling] might carry some other important legislation that we can agree on in connection with it."

The White House and Congress have wrangled over the debt limit in 2011, in 2012, and again in 2013, when government partially shutdown over funding for the government, which was being considered at the same time as the debt ceiling.

The country will run out of extraordinary measures by October or November, so if Congress doesn't take action before then, the government will be dealing with the debt ceiling just as the 2016 presidential election is kicking into high gear. CBS News took a look at some of the potential candidates and what they might do if faced with a decision on the debt ceiling.

Florida Sen. Marco Rubio has been consistent in his voting on the debt ceiling.

In October of 2013, just before the partial government shutdown over the debt limit, Rubio said that he "opposed Senate Democrats' latest attempt to raise the debt limit" because it "fails to address our real debt crisis, reform spending, encourage economic growth, and do the necessary things to protect the American dream." And he voted no on the suspending the debt limit in 2014.

True to his libertarian roots, not only does Rand Paul vehemently disavow any actual use for a debt ceiling, but the Tea Party favorite also wants to tie it to more congressional oversight of the Federal Reserve. His father also famously advocated "Audit the Fed" legislation.

Paul has also tied a yes vote on the debt ceiling to the budget, writing in a 2013 Facebook post that he would "not vote to raise the debt ceiling unless we get a balanced budget amendment to the Constitution."

In early 2013, Sen. Lindsey Graham, R-South Carolina, urged House Republicans to "save [their] powder for the debt ceiling fight" rather than exhausting themselves in a skirmish against a Senate-supported fiscal cliff deal, then the controversy of the moment.

"Work with me and others never to raise the debt ceiling again unless we address why we're in so much debt," he told Republicans in the lower chamber that year. "That's where we have leverage, that's where we should go to next."

The last time the issue came up, Graham seemed to have moderated his position. Ahead of his South Carolina 2014 Senate race, Sen. Lindsey Graham told CNN that "we need to raise the debt ceiling, but if we don't raise it without a plan to get out of debt, all of us should be fired."

Graham, who last year voted to suspend the debt limit of the federal government until mid-March this year, could find himself facing another vote on this in the coming months.

Former Pennsylvania Senator Rick Santorum is one of the few Republicans who has weighed in on the debt ceiling.

"The reason Secretary Lew is calling for 'extraordinary measures' is because of the fiscal irresponsibility of this Administration," Santorum said in a statement via his spokesperson, Matthew Beynon. "President Obama has mortgaged our nation's financial future by refusing to address our coming entitlement crisis, creating new entitlements like Obamacare, and stifling economic growth and wage stagnation."

"Congress still has time to right this ship, but it will take an 'extraordinary' effort to enact the necessary tax and entitlement reform that will ultimately be needed to put our nation on the road to a balanced budget," Santorum added.

Several potential candidates have served as governors, and they have tended to have less to say about the nation's debt limit.

Wisconsin Governor Scott Walker almost certainly would like to avoid asking for a hike in the debt ceiling, should he be faced with that. But he has faced criticism over his own state's budget - Wisconsin currently has a $283 million budget shortfall and the deficit could balloon to over $2 billion by July, according to a Bloomberg report. Walker proposes preserving tax cuts while cutting college budgets by 13 percent, and he reportedly intends to defer $100 million in debt payments.

"It's a pretty big deal if you're a state and you don't pay off your debts, since state governments generally borrow quite a bit," Brookings expert David Wessel said, saying it would be a "surprise" if Wisconsin didn't come up with the money.

Also a former governor, Bush has no experience with voting on a debt limit, and he has been silent on the topic.

"I'd be surprised if Jeb Bush took a stand," Wessel said. "Though someone like Bush can say 'see those guys in Washington, I've had actual experience running a state,' it's not the best idea."

During the 2011 debt ceiling crisis, New Jersey Governor Chris Christie called for compromise on a debt limit deal. Although he also criticized the president because he didn't "put the plan in writing," it seems likely that Christie would be wary of anything that drew the country's creditworthiness into question -- like voting against raising the debt ceiling.

While Democrats' presumptive nominee Hillary Clinton has never had to fight over a debt ceiling deal, the former secretary of state has first-hand knowledge of the effects a debt feud has around the world.

Clinton had to reassure foreign leaders on behalf of the United States when concern about the debt limit spilled over from the halls of Congress and crossed international waters in 2011. In China, Clinton called the "political wrangling" over borrowing limits a necessary piece of a democratic puzzle, saying at the time, "I am confident that Congress will secure a deal on the debt ceiling and work with President Obama to take steps to improve our long-term fiscal outlook." She effectively convinced financial stakeholders in China that the U.S. would reach an eventual agreement.