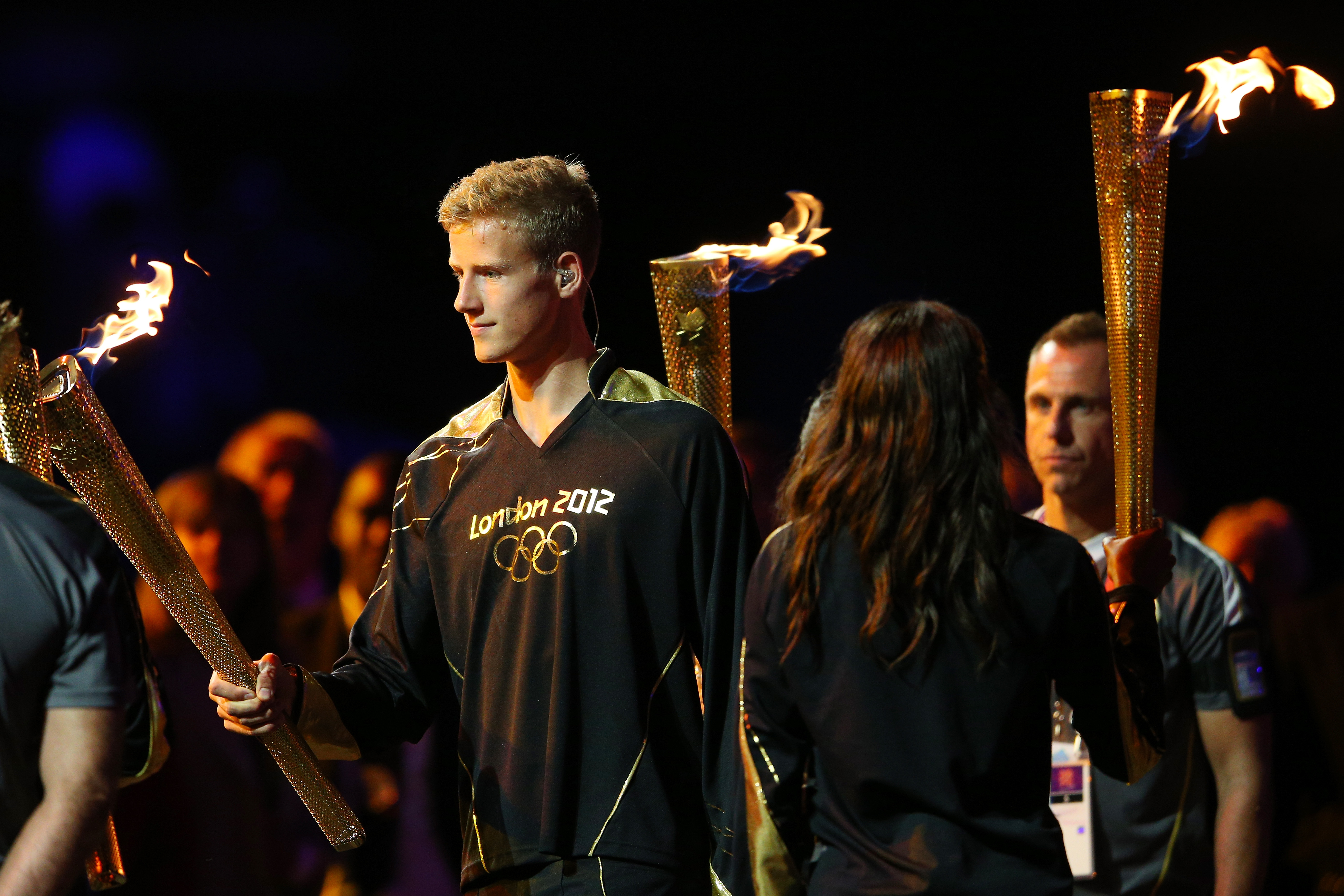 The torch made the final journey to the stadium via David Beckham on a boat down the River Thames and was carried to the stadium by five-time Olympic gold medalist Steve Redgrave, who passed the flame onto the young athletes.

The identity of the person lighting the torch was a closely guarded secret and speculation in advance of the ceremony included the names of many of Britain's former Olympians. In the end, the honor went to Callum Airlie, Jordan Duckitt, Desiree Henry, Katie Kirk, Cameron MacRitchie, Aidan Reynolds and Adelle Tracey

The seven British teens lowered torches to trumpet-like tubes that spread into a ring of fire during one of the signature moments of director Danny Boyle's $42 million show. The copper "petals" then rose skyward and came together to form the elegant cauldron.

Fireworks erupted over the stadium to music from Pink Floyd. With a sing-a-long of "Hey Jude," Beatle Paul McCartney closed a show that ran 45 minutes beyond its scheduled three hours.