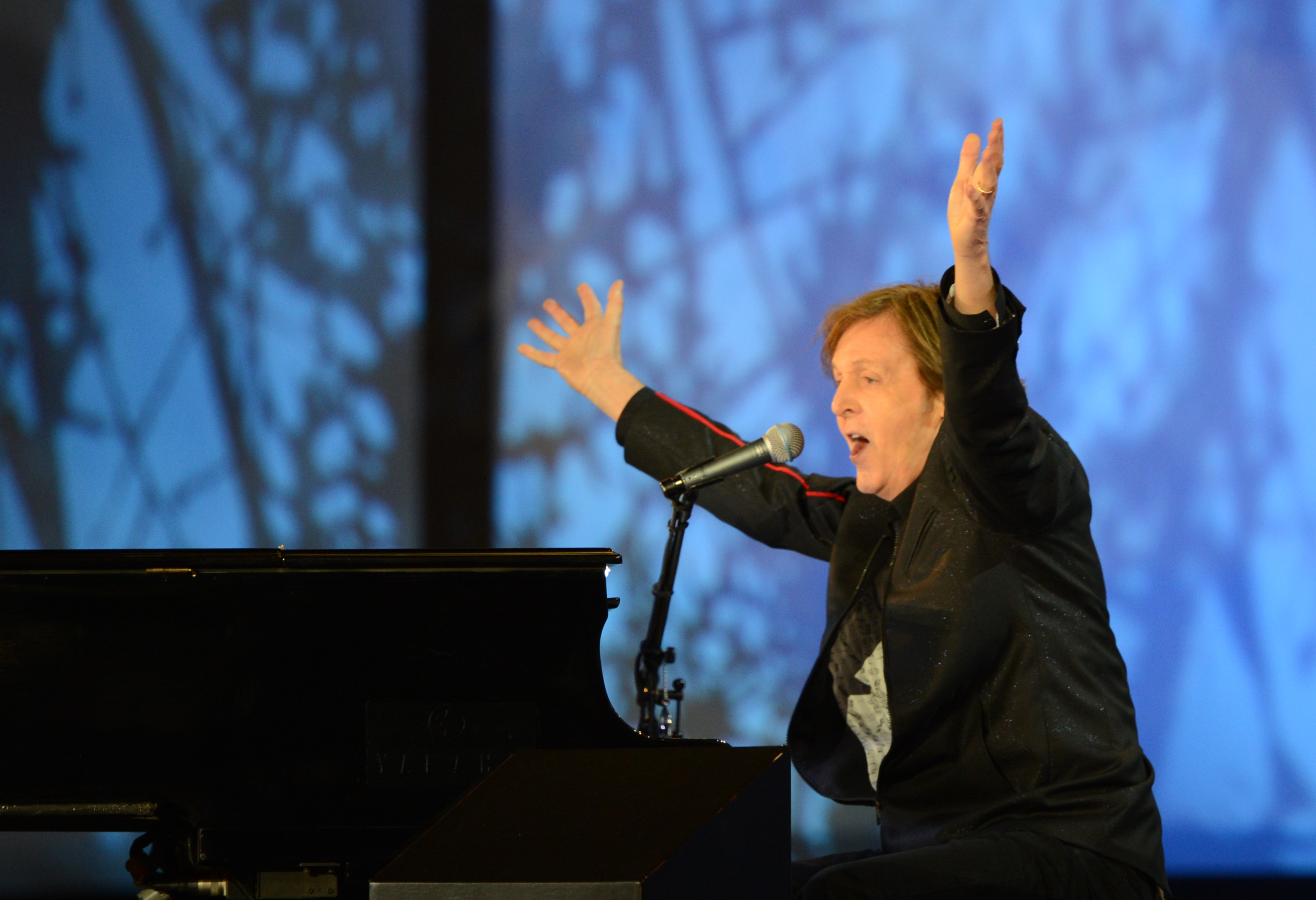 The 70-year-old legendary Beatle opened with the Beatles classic "The End" at the piano. Then he launched into "Hey Jude" while the crowd sang along to every word.

It was a spectacular ending to filmmaker Danny Boyle's "Isle of Wonder" opening ceremony that featured a catalogue of British music from the Rolling Stones to British rapper Dizzee Rascal.