At age 88, filmmaker Claude Lanzmann is cinema's greatest torchbearer for the preservation of first-person holocaust remembrances. He's most famous for his epic documentary Shoah, which is nine-and-a-half incredible hours of interviews with holocaust survivors, witnesses, accomplices and culprits. Free of reenactments and archival footage, it's comprised of raw interviews and long, reflective shots of sites of importance and infamy.

The Last of the Unjust may be six-hours lighter than Shoah, and may seem more narrow in focus with the spotlight mostly on one man, Rabbi Benjamin Murmelstein. But Unjust is no less rich and captivating, especially due to the presence of Lanzmann himself.

Murmelstein, who died in 1989 at age 83, was the third and final Jewish elder of the Theresienstadt concentration camp, located near Prague. In ghettos and camps, elders were the administrative heads that stood between the Nazi officers and the Jewish population. Murmelstein had two predecessors, both of whom were executed by the Nazis. But his survival was bittersweet, as many Jews regarded him more as a dutiful Nazi collaborator than a faithful protector of his own people.

Lanzmann's one-on-one interviews with Murmelstein were conducted in the 1970s, and the filmmaker is constantly present, engaged and entertained by his fascinating, energetic, evasive and tragic subject. And unlike Shoah, Unjust jumps between the 70s footage and present-day sequences, with the elderly and ever-capable Lanzmann visiting Theresienstadt while providing riveting commentary and insight.

The Last of the Unjust is, plain and simply, essential viewing.

The Last of the Unjust will be shown only once during MSPIFF. See it today at St. Anthony Main Theater at 1 p.m. 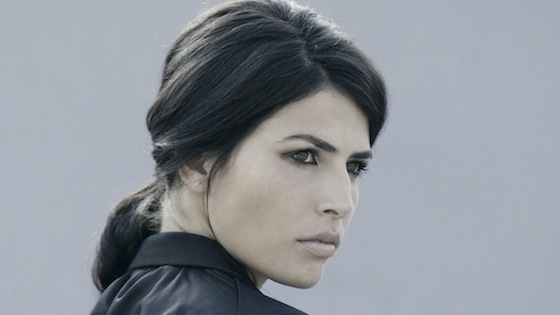 Brave Miss World (Cecillia Peck; Israel) Six weeks before competing in the Miss World pageant in 1998, 18-year-old Linor Abargil of Israel was kidnapped, stabbed and raped. After winning the crown, she travels the world to reach out to rape survivors, and fights to keep her rapist behind bars. (11:20 a.m.)

For A Woman (Diane Kurys; France) Inspired by an affair that happened in her family's history, Diane Kurys weaves a tale that jumps between the 21st century and post-war France as a woman investigates a photo of her recently-deceased mother as a young woman with a mysterious man. (11:05 a.m.)