The 2016 story of Minnesota is marked by three supernova news events. One was the April death of Prince, the beloved son of Minneapolis whose talents the world had recognized for decades and suddenly lost. His death left the state, especially his hometown, reeling for months. No other artist had a connection to Minnesota like the Purple One did.

The next Minnesota story to capture the attention of the state, as well as the world, was the July shooting of Philando Castile. The cafeteria worker was fatally shot by a police officer in Falcon Heights, and his girlfriend live-streamed the graphic aftermath on Facebook. The images of a black man gravely wounded from a police officer's bullets prompted protests in the Twin Cities and beyond.

Then, toward the end of summer, a long-missing Minnesota boy was found. Danny Heinrich, who was named a person of interest the 1989 kidnapping of Jacob Wetterling, led authorities to the boy's body. In court, Heinrich testified that he kidnapped, sexually assaulted and shot Wetterling. As Heinrich faces a lifetime in prison on other charges, Wetterling's parents finally had closure to the case that changed the nature of parenting in Minnesota and beyond.

Before, between and after these three events, there were also Minnesota stories of heartache and joy, achievement and setback. Below is a quick look at a year of Minnesota news, highlighting the stories that captured our attention, moved our hearts and left an impact on laws and lives. 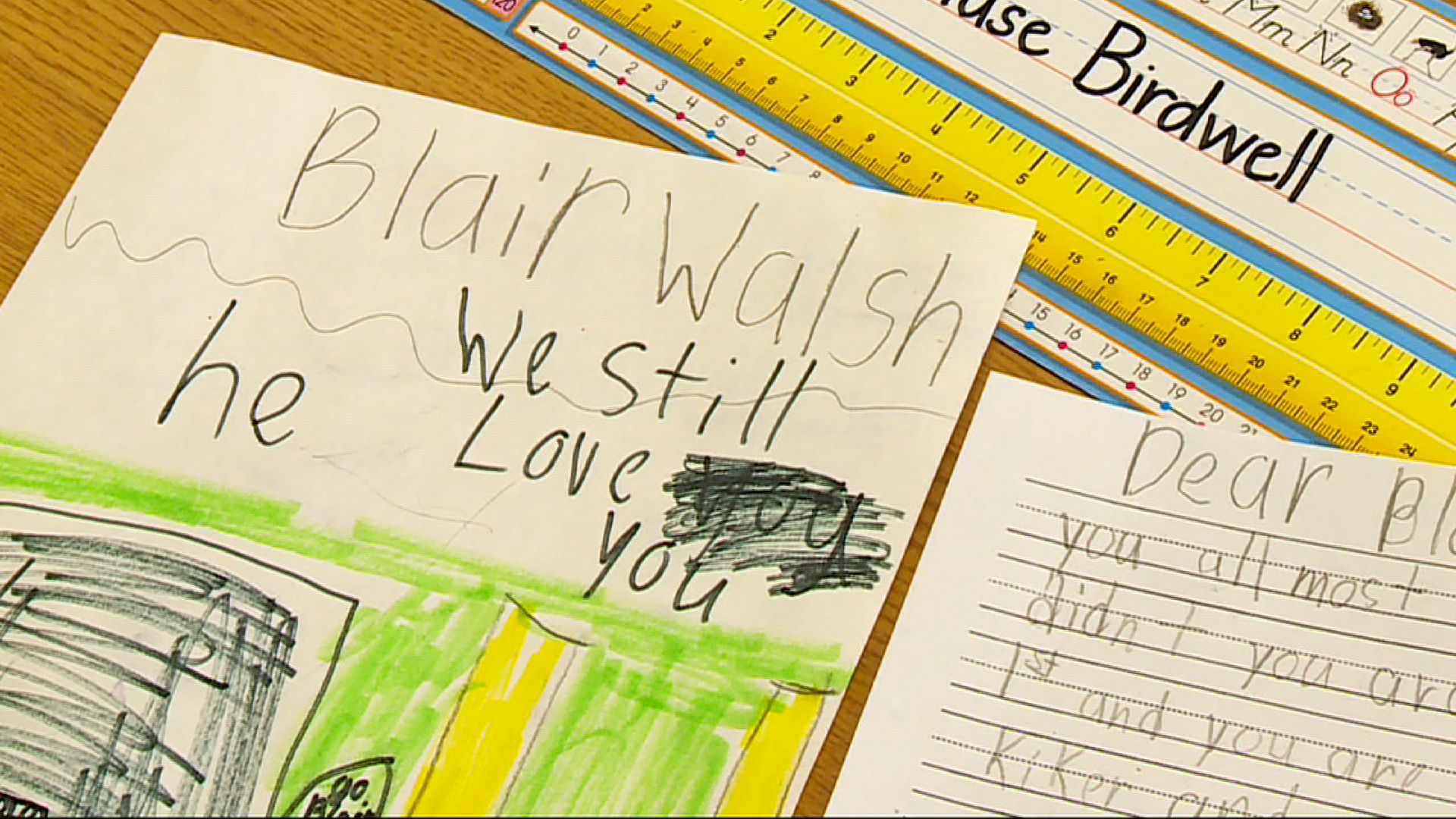 The teachers saw it as a teaching moment. It fit right into their learning targets, specifically the lesson of empathy.

"I turned around, and the team behind me looked like they came in with a Ku Klux Klan uniform, or an interpretation of it," Anderson said. "It was something to say the least."

"Looks aren't everything and it's really important to get to know somebody, including a dog like Quasi. And when you do, you'll fall head over heels in love."

Jaime Tincher, Dayton's chief of staff, said that he was at an event in Woodbury that was very crowded and hot. He was speaking when he began to feel increased pressure in his lower back. It was at that point that Dayton fainted.

"He had a perception the police were after him because getting in a fight and consuming alcohol would be violation of his probation," said Corey Perry's attorney, Mike Padden.

"There are expectations and standards to which we hold our student-athletes accountable, and they have failed to do so," head coach Richard Pitino said.

March 30: No Charges To Be Filed In Jamar Clark Shooting

Following the announcement, members of Black Lives Matter, the Minneapolis chapter of the NAACP and other community members expressed frustration and outrage. One person yelled to Freeman that "if the city burns, it's on [his] hands." Others said that the story presented by authorities did not properly take into account the testimony of community members.

April 20: Target Says Shoppers Are Welcome To Use Bathrooms That Match Gender Identity

"In our stores, we demonstrate our commitment to an inclusive experience in many ways. Most relevant for the conversations currently underway, we welcome transgender team members and guests to use the restroom or fitting room facility that corresponds with their gender identity," the company wrote.

"It is with profound sadness that I am confirming that the legendary, iconic performer, Prince Rogers Nelson, has died at his Paisley Park residence this morning at the age of 57," said Noel-Schure, the musician's publicist.

"I think this shows you the impact that Prince has on this city," Andrea Swensson said. "I mean, they literally shut it down."

May 11: The New Face Of Heroin Addiction

Law enforcement has found the people most affected by heroin addiction in the Twin Cities are affluent 15- to 25-year-olds with good family structure and a support system. They've found many families with means are more likely to keep their kids in and continue to provide for them.

"I don't see Black Lives Matter as a voice for the black community in Minneapolis," he said. "The disruption, the, you know, they firebombed the precinct. There were shootings outside the precinct, hundreds of thousands of dollars [of damage] to the precinct and squad cars."

According to the National Institute on Drug Abuse, Fentanyl is more potent than morphine, and is "sometimes used to treat people with chronic pain who are physically tolerant to opiates."

Family members said Sarkar had been noticeably absent from family gatherings, and that Hasti had kicked Sarkar out of the house, and they had been living separately for some time.

"At a certain point I was like, 'You know what? It's going to die. I've got to get that thing out.'"

"It's really a disgrace," St. Paul Police Chief Todd Axtell said. "Protesters last night turned into criminals, and I am absolutely disgusted by the acts of some, not all, but some."

Jamison and Kathryne Pals, their 4-year-old, 2-year-old and 2-month-old children all died Sunday. Nebraska investigators say a semi rear-ended them and their car burst into flames.

Sources tell WCCO the discovery of Jacob's remains were part of a plea deal made with Heinrich that prosecutors had been working on for months.

Heinrich says he handcuffed Jacob behind his back- put him in car. Says Jacob said "what did I do wrong?"

"I've been working on this for many years. I actually have severe food allergies myself, so I've need to carry an Epinephrine device for many years. Throughout that process I've realized the current device is really big and cumbersome, to the point where I hardly ever carried it."

Police said the suspect, dressed in a private security uniform, made a reference to Allah and asked one victim if they were Muslim.

"It's time that people started standing up, not worrying about the PC crowd and do what is right. And I feel what we're doing is right. We are not targeting the Muslims in general, just the extremists. And that's all I can say. It's my right and I'm going to stand up, and I wish more people would do it."

"The Affordable Care Act has many good features to it, it has achieved great success in terms of insuring more people, 20 million people across the country and providing access for people who have pre-existing conditions alike, but it's got some serious blemishes right now and serious deficiencies," Dayton said.

Oct. 14: Video Of Man Being Arrested For Walking Goes Viral

The video, which was posted on YouTube, appears to show a plain clothes Edina police officer grabbing an agitated man who the officer says was "walking down the middle of the street."

Omar is a 33-year-old community activist who came to the United States as an 8-year-old after spending years in a Kenyan refugee camp. Her victory seals the growing political clout of the area's Somali community.

"Trump" was written along with "whites only" and "white America." A more vulgar message was also included.

Jim Wackler is 78 years old and says he hasn't missed a deer hunting season since 1957, but on Friday, he shot a 36-point buck just north of Howard Lake.

"Philando Castile was not resisting or fleeing....He volunteered in good faith that he had a firearm, beyond what the law requires. Based upon our thorough and exhaustive review of the facts, I have come to the conclusion that there simply was no justification for the use of deadly force by Officer Yanez in this case. No reasonable officer who knew, saw and heard what Officer Yanez did at the time would have used deadly force under these circumstances."

Nov. 30: Black Santa Coming To Mall Of America For The 1st Time

"It's no big deal, I'm still Santa, I just happen to be a Santa of Color."

"In front of everybody here, I do forgive you and I hope that you choose love over hate."