MIAMI (CBSMiami) - It is time for South Florida foodies to rejoice with the return of Miami Spice presented by the Greater Miami Convention and Visitors Bureau.

The Aventura restaurant, which has been popular for locals and tourists alike for 12 years is designed by renowned interior designer Tony Chi.

The vibe is stylish, upscale, and modern.

"It's such a beautiful restaurant when you first walk and you see the mirrors along the wall. The beautiful bar seats about 25 people and has a casual element as well as a lounge. Then we have two private rooms," said executive chef Gabriel Fenton.

The wine selection is massive, offering more than 850 select wines. Guests can get a more casual menu at the bar or the full menu.

CBS4 cameras were before the restaurant opened and it was empty, but Bourbon Steak gets booked.

"The main dining rooms seat about 180 and then we can do it with 2 turns and serve about 350 covers on a busy Saturday night," Chef explained.

Starting now, Bourbon Steak is about to get busier with the return of Miami Spice.

That means for the next two months, participating restaurants are offering three-course meals for a fixed price of $28 for lunch and $42 at dinner excluding tip and tax.

"This year, we really want to get back to the community. It's been a tough year for everybody we wanted to offer a Miami Spice menu that shows off our classics," Fenton said.

"So it's three appetizers, three entrées, and three desserts."

"So, we have some crispy bacon, sifted egg yolk, blue cheese, and red onion," said Fenton.

"There's so much in it for every bite. There's the crispiness of the bacon, the tanginess of that dressing, and super cold iceberg lettuce. This is a phenomenal wedge salad," said Petrillo.

For the sides, they're offering roasted potato puree, cream spinach, and truffle mac and cheese.

"The truffle mac & cheese is just decadence. So much flavor, so creamy," said Petrillo.

Our chosen entree is the 6-ounce filet mignon.

"Here at the restaurant, we butter poach all of our steaks in a souvee process, so in the wood-burning grill, it really gives us a nice char," said chef Fenton.

"You said it! The butter souvee, as Barbara would say, tastes like buttah! It's so delicious and so moist," said Petrillo. 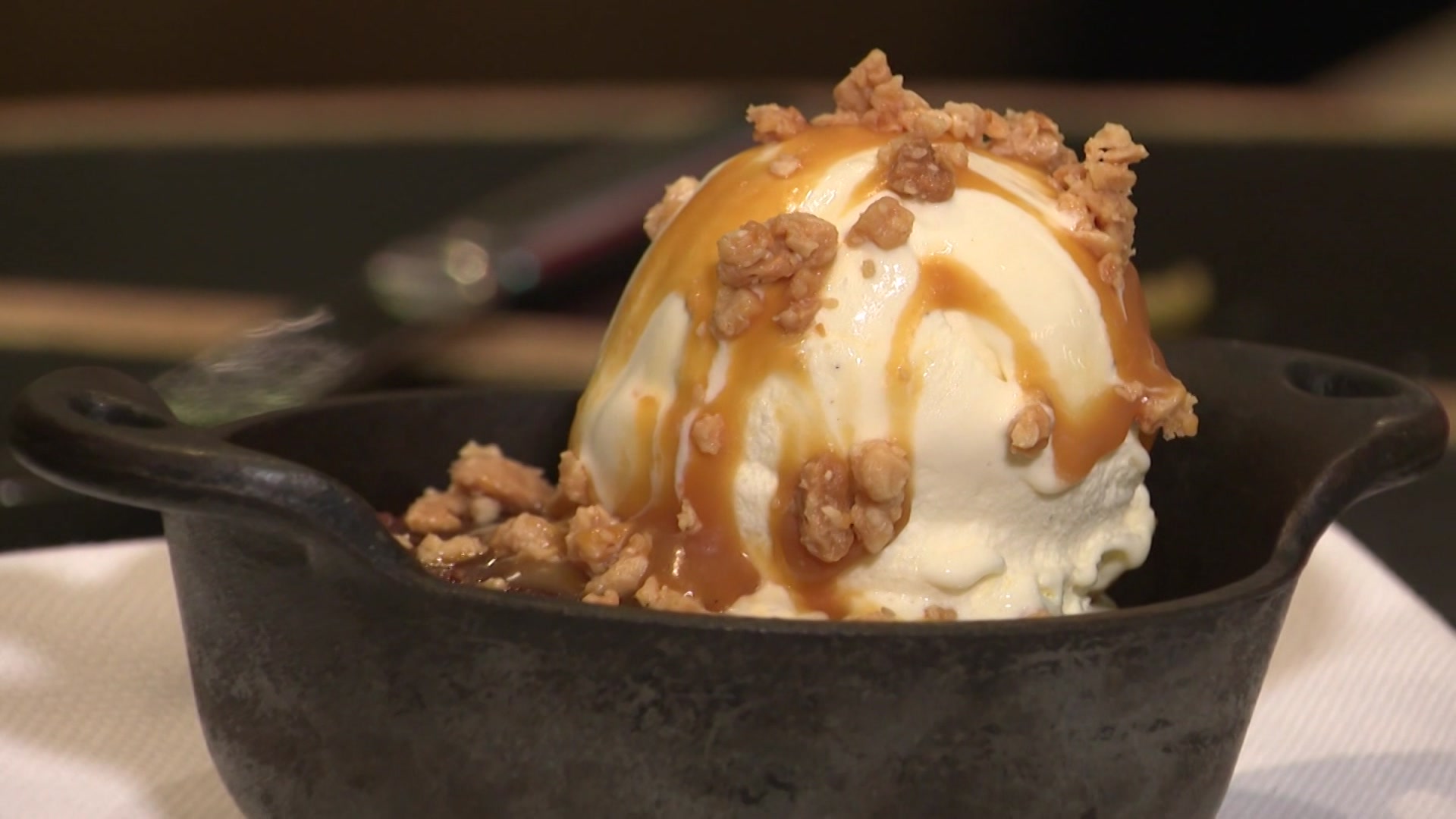 "This is a Michael Mina classic. It's a warm brown butter cake with some vanilla bean ice cream, caramel sauce, and crunchy almond on top," said chef, describing the dessert.

"Insanely good! When I say it melts in your mouth, I'm just not getting the proper words out. But hello, I'm speechless. This is incredible," said Petrillo.

Bourbon Steak is open seven days for dinner. They are offering Miami Spice Sunday through Thursday.

Click here to see all the restaurants participating in Miami Spice.

1. Slice the root end off of the head of lettuce. Then slice the opposite end off just enough so the head can sit flat on the plate.

2. Season the iceberg with salt and pepper.

3. Roll the lettuce in ranch dressing, making sure to cover all surfaces.