Let the countdown begin: in just under eight months, Stephen Colbert will officially take the reins as the host of Late Show, inheriting the title from the long-reigning David Letterman, who retires May 20. Every late night host needs his or her band, though... or, sometimes more specifically, his or her bandleader. From Paul Shaffer to the Roots, the bandleader not only fronts the musical portions of the show but also often acts as a bit of a sidekick to the host, or at least will show up in a special skit or segment every so often. So naturally, Colbert's choice of band is important, especially when following up someone like Shaffer, one of the best there's been in the business. Who would we like to see join Colbert on CBS this fall? Funny you should ask; we have some ideas. ~ 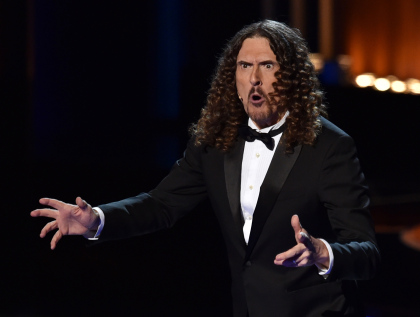 Weird Al's singular brand of musical parody would make him an ideal foil for Colbert. And with his chart-topping 2014 full-length, Mandatory Fun, being the last on his current recording contract, Al would finally have the time to make the move to late night TV if he so wishes. His comedic take on popular songs, both old and new, would definitely raise the stakes in terms of guest walk-on music. Even giving Questlove over at Fallon a run for his money, we bet. And of course, being that he's Weird Al, he’d also illicit quite the draw in terms of guest musicians. Seriously, who doesn’t want to say they jammed with him? Answer: no one.  -Scott Sterling 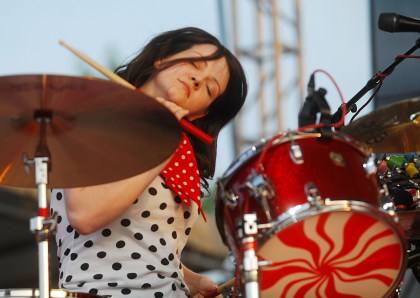 We already know that Colbert has a thing for the White Stripes—he even tried to cop their look when he visited Jack White's Third Man Records. And while Jack wouldn't let Colbert don all his former trademark red for a photo/recording session, the had a blast making Colbert’s “comeback single,” “Charlene II (I’m Over You)." But of course, these days White is much too busy to commit to being Colbert’s band leader, what with his solo career, the Dead Weather and running Third Man. But you know who isn’t much too busy? Jacks’ former bandmate, drummer Meg White. We'd love to see Meg bashing the drums again five nights a week and we're sure White would give her a good recommendation. Plus, imagine the banter possibilities. Seriously, try to imagine because we're really not sure what these two would talk about. But we're already excited to find out. -Brian Ives 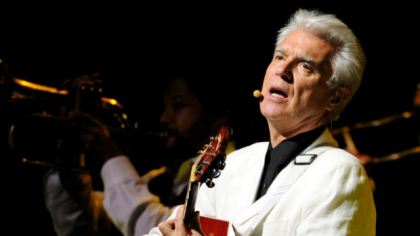 Absolutely the sorta wacky, off-kilter type Colbert could use for his foray into late night TV. He led one of the essential rock bands of the '70s and '80s and still finds relevance today, meaning his pull spans generations—and he's a damn good musician and bandleader, for that matter. The former Talking Heads frontman also lives in New York, so he could even bike to work, something we know he'll be excited about. Sure, he can sometimes be a little awkward, but that type of weird energy could do Colbert well. He can be Colbert's Fred Armisen. -Kevin Rutherford 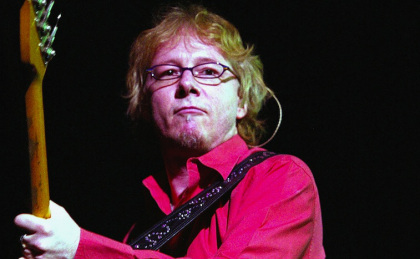 Mike Mills originally broke the news of David Letterman's retirement from the Late Show back in April via Twitter, so why not return to the Ed Sullivan Theater with a spot on the payroll. Mills must be so full of creative energy since R.E.M. disbanded in 2011. You know, since he composed much of R.E.M.'s music himself. And being that he knows how to play bass, piano, keyboards, guitar and percussion, Mills could possibly not just be the bandleader, but the whole band. What a way to save a little money while revolutionizing the perimeters of the Late Show band. Since Michael Stipe clearly has an affinity for Colbert—having appeared on The Report during its final week on the air—Mills' bandleader slot could facilitate a R.E.M. reunion show to kick off Colbert's late night run. One can dream. -Annie Reuter 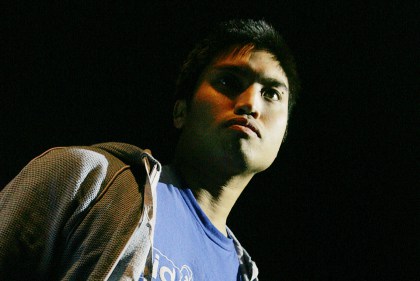 As one-half of The Neptunes with Pharrell Williams and one-third of alt-rock band N.E.R.D., Hugo is well-versed in making hit records. Also a critically lauded producer in his own right, Hugo has worked with a wide-ranging cavalcade of stars including Jay Z, Britney Spears, Snoop Dogg and Justin Timberlake. That superstar contact list would definitely come in handy when it came time to book musical guests. Considering his lifelong friendship with Pharrell, it wouldn’t be a stretch to think that the “Happy” hit-maker could potentially be a regular guest on the show as well. -S.S. 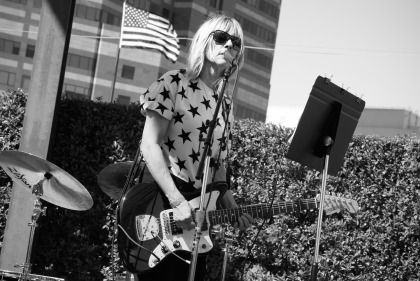 Kim Gordon is a bass player, a New Yorker, an O.G. riot grrrl and one of the founders of the most important alternative rock bands of all time with Sonic Youth. It's safe to say all of this would make her an amazing bandleader. Plus, if we can't get a woman behind the host chair, a female bandleader would be a decent alternative—and Gordon would push Colbert's credibility through the roof. Plus, with her appearances on Girls, Portlandia and even the Gilmore Girls, she could easily double up and play the straight man to Colbert's kookiness any night of the week. -Courtney E. Smith