FAIRPLAY, Colo. (CBS4) - A historic mine is causing a divide to grow in Fairplay.

"The noise started getting so unbearable to the point where I could be in my house with my doors and windows closed and still hear them. That kind of pushed it over the edge," said Ann Lukacs, who lives just outside of Fairplay.

Many residents contend the noise and work at the Fairplay Gold Pit started around the time crews associated with the TV show "Gold Rush" showed up to help mine the site.

"It's the scale of the operation, it's the destruction of our natural beauty around here, it's the noise," said Trevor Messa, a local business owner.

"All of the sudden they have a plethora of equipment that is now going non-stop 12 hours a day, six days a week. It's like living next to Fred Flintstone," Lukacs said.

The mine owner and the operator leasing the mine disagree and say they're not doing any more work than what has been done on the site for the past few decades.

"We try to do everything we can to continually mitigate noise," said Lance Baller, who owns the site.

Tensions around Fairplay escalated during the summer when the mine asked to rezone about 20 acres of property from residential to mining. 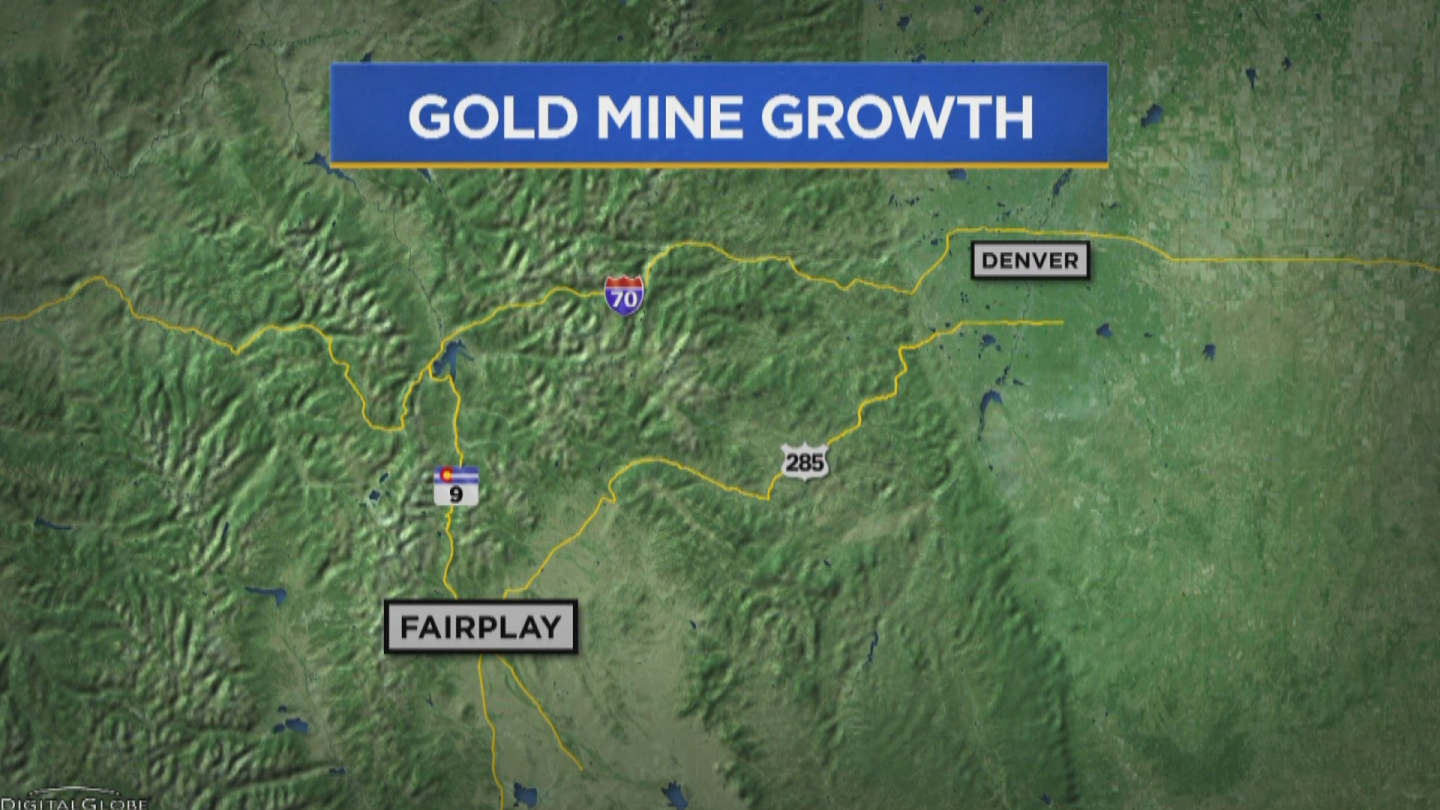 Many organizations including the U.S. Forest Service and the Park County Planning Commission opposed the rezoning. However, county commissioners unanimously approved the it in August with 11 conditions for approval.

The mine owner says the mining claim goes back 158 years. Critics say their masterplan from the mid-1970s zoned the area residential and was recently updated.

"Everybody bought their homes, built their lives, built their community, around the expectation that this was residential," said Dan Teodoru who is representing 28 plaintiffs in a lawsuit against Park County.

"We've been unheard and we've been told that Park County is a mining community and it needs to stay that way," said Messa.

It's believed the rezoning is causing property values to plummet and is having environmental impacts as well.

The plaintiffs are suing Park County and the mine owner.

"It's going to have lasting effects, on property values, on the use and enjoyment of the property," Teodoru said. "The rezoning to mining was not appropriate in accordance to state law, to the counties own land use and development code.

"We have not been served the lawsuit. We did review it this weekend, after they filed a temporary restraining order without our knowledge," Baller said, "The lawsuit is frivolous and without merit."

The mine is in good standing with the state. As part of the rezoning it accepted conditions to operate with the county, like operating for 12-hours, six-days a week.

Baller says those were put in place so the mine could be a good neighbor. Teodoru says the conditions were imposed behind closed doors and could violate state law.

"We could have run 24/7 that's what it was originally permitted to do, we've always chosen not to do that," Baller said, "The most we have is six months of mining."

"I think they're using this to stop all mining," said Freddie Dodge about the lawsuit.

Dodge is operating the mine as part of his company 316 Mining, which is also part of the reality TV show.

"This was a mine in 1859 and it was signed as a deeded mining claim by the President of the United States," said Dodge, "We're mining here because there's gold here. It's probably one of the best placer deposits left in the state of Colorado, if not the best."

Baller and Dodge say they have vast support from the wider community; a vocal minority is just bringing the lawsuit.

"We aren't mining here for a TV show, a TV show is following us mining here," Dodge said, "We're supplying good paying jobs here all the mines are."

The permit only allows for about 10 acres of the roughly 40 acre site to be mined at one time.

Baller says he wanted to get the additional land for not only its gold, but the ability to use top soil for restoration projects. He maintains the original mining deed included the property in question.

Critics say the mine will continue to destroy the environment. A temporary restraining order has been filed to try to stop the mine from moving forward until the lawsuit is over.

"There should not have been a rezoning to mining," Teodoru said, "The fact of the matter remains, this is not appropriate in this area."