CHICAGO (CBS) -- The foot chase and fatal shooting of shooting of 13-year-old Adam Toledo all happened in a matter of seconds with the officer making a split second decision to fire his weapon. CBS 2's Tara Molina spoke with an expert who says the moment the teen held a pistol-shaped object in his hand and the moment he raised his empty hands are only a second apart and not as separate as they seem.

"Those two actions happen almost on top of each other," said David Harris, a professor at the University of Pittsburgh School of Law.

Harris has testified in front of Congress and has written extensively on police conduct and use of force.

Police body camera video shows Adam running in an alley. He stops near an opening in a fence, both hands at his sides. The first still frame Harris points out shows Adam's left shoulder facing the officer and a pistol-shaped object in his right hand, behind his back. 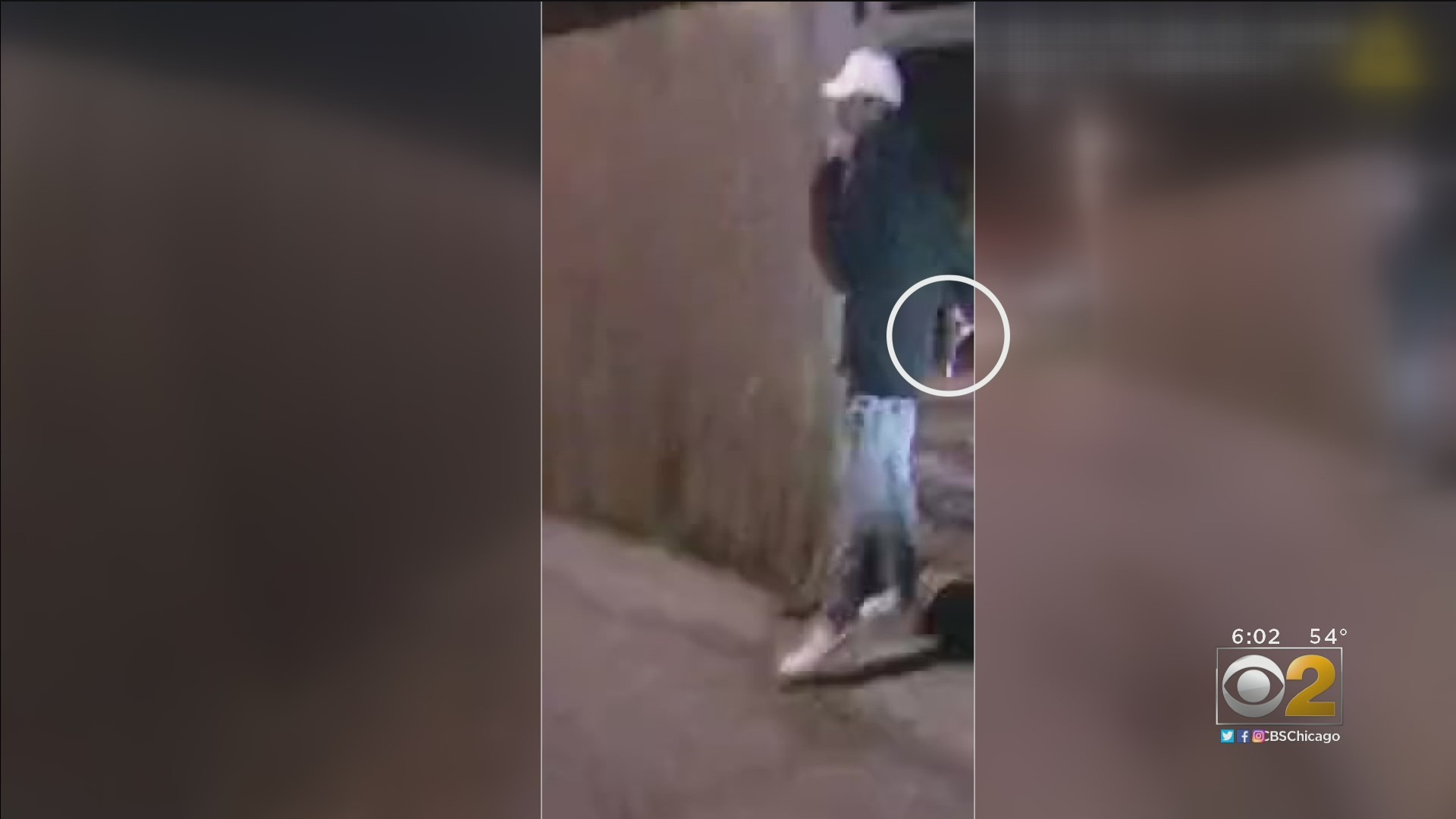 Within a second Adam starts to turn to fully face the officer. That where a second still frame shows Adam with his hands, which appear to be empty, raised. 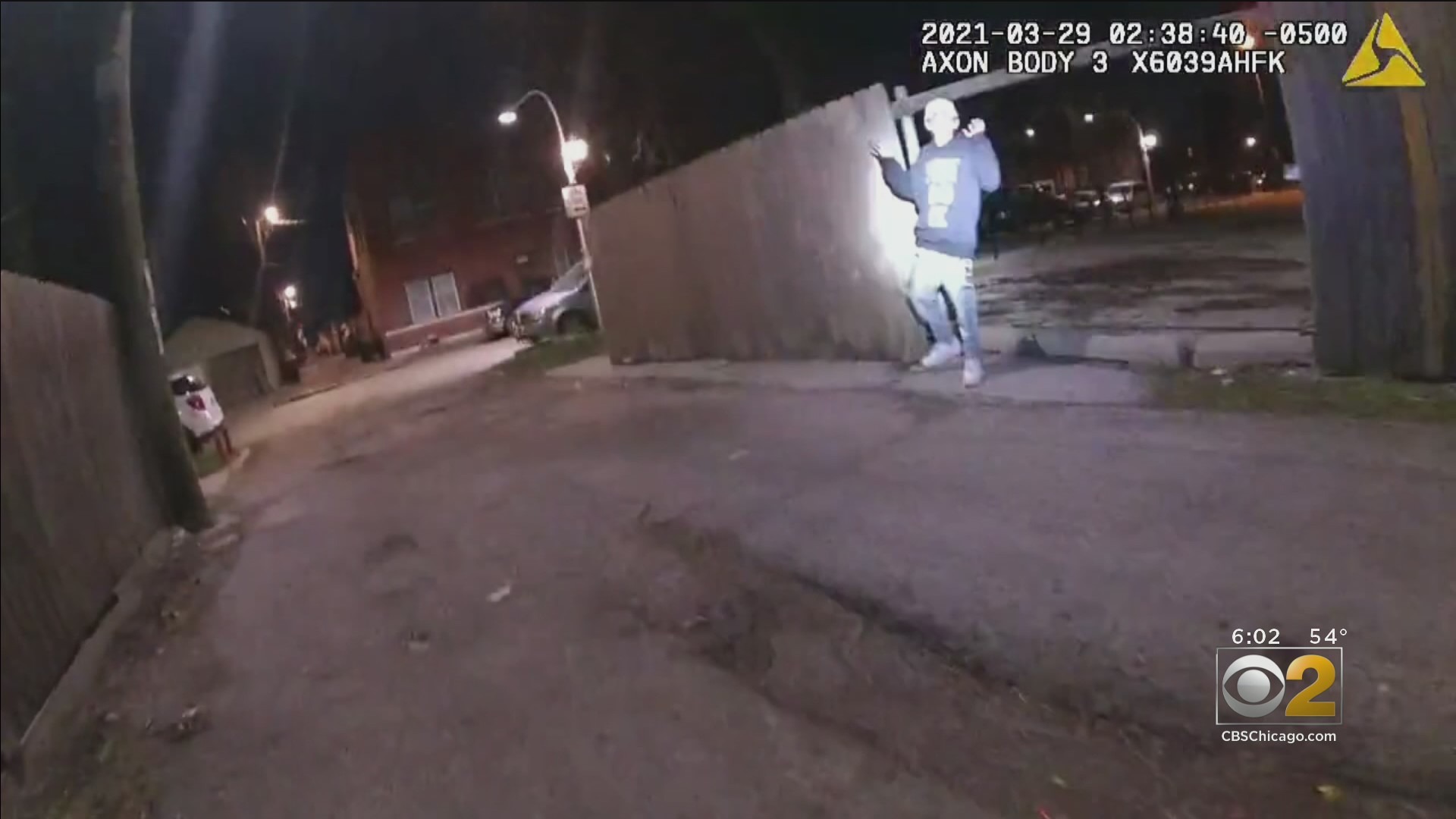 "This is all happening really fast," Harris said. "These things cannot be thought about as two completely separate incidents or actions, the way it's tempting for us viewing it in hindsight and with the camera to do. These two frames of video are not really what happened. What happened was the whole interaction."

And with so many focusing on the frame showing Adam's compliance with his hands up, Harris says context and timing is important because that is not what the moments looked like in real time.

"Nobody with their hands in the air, with nothing on them is posing a threat any longer. The awful part of this is that happened literally two seconds after he was armed," Harris said.

As for the officer's decision, Molina asked Harris about the split-second choice that happened between those two frames: the shot that killed Adam Toledo.

"This is a demonstration of how difficult it can be to change directions in your mind and in your body in a very rapidly evolving situation," Harris said. "We would all like to think that if it were us we would all be able to stop ourselves from taking that last step, and I know that anybody in policing wants to think they would do that, too. But it all happens so quickly. The officer was in the ready position. It may just have been too difficult to stop. I'm not saying it was inevitable. Not at all. I'm not saying this was all dated or something. I am saying that these situations are harder to understand than they are to pick apart with the aide of a camera."

Harris also noted that other police shootings that have gotten attention often begin with a traffic stop, but this began with a ShotSpotter alert of shots fired.

"It is important, in terms of context, to remember this didn't start that way," he said. "Police were summoned to shots fired, and this individual boy was holding a gun. Police did not know what else might've happened besides firing the shots. Not an excuse, but an explanation of the full context."

CBS 2 checked in with the Toledo family's attorneys office more than once Friday. They have not spoken out about the video since it was released. They sent a statement calling for peace, like they have from the beginning, with protests planned Friday night.

Tara, when their attorney spoke out yesterday, she acknowledged the video shows he *could have had a gun.

When the family's attorney spoke Thursday, she acknowledged the video shows he could have had a gun but said it could take a forensic analysis to tell for sure, insisting the video shows he was raising his hands in compliance, whether he was armed before or not.